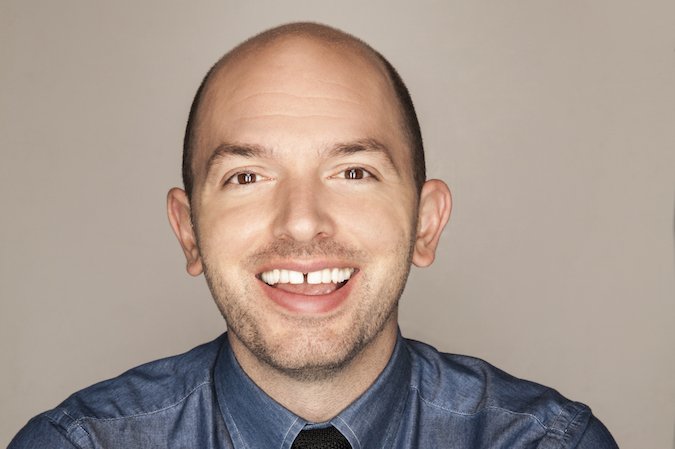 Paul Scheer knows that watching movies and talking will help us get through this, and he’s doing both. He might be one of the best-prepared people in entertainment for the weirdness all around us. His podcast, Unspooled, will go on. And he’s engaging with fans as much as he can, including by text.

You know Paul from Human Giant, The League, The Disaster Artist, and much more. We talked to Paul for our MovieMaker Interviews podcast about how life has changed, how it feels compared to living in New York City after 9/11, and what he’s doing to stay more engaged than ever with friends and fans. Everyone is scared, and we’re all doing our best to stay connected.

He’s hosting a live episode of Unspooled with Amy Nicholson on Monday night at 8:30 p.m. PT/11:30 ET on Earwolf’s YouTube channel, and also a group watch of Showtime’s Black Monday on Sunday at 10/9c. Follow him for details at @paulscheer.

Finally: This is the trailer for the amazing Flooded With Love for the Kid by Zack Oberzan, a movie that Oberzan made in his 220-square foot apartment. It’s a faithful and beautiful adaptation of David Morrell’s novel First Blood, which also inspired Sylvester Stallone’s first film in the Rambo franchise.

You can guess why we’re pointing this out, right? Oberzan spent next to nothing making the film, and played every character himself. It’s something Paul Scheer and I talk about as an example of how people can still make incredible art even under remarkable limitations. Thank you Juan Carlos Montoya for showing it to me.

Continue Reading
Advertisement
Related Topics:Black Monday, feature, How Did This Get Made, Paul Scheer, Unspooled