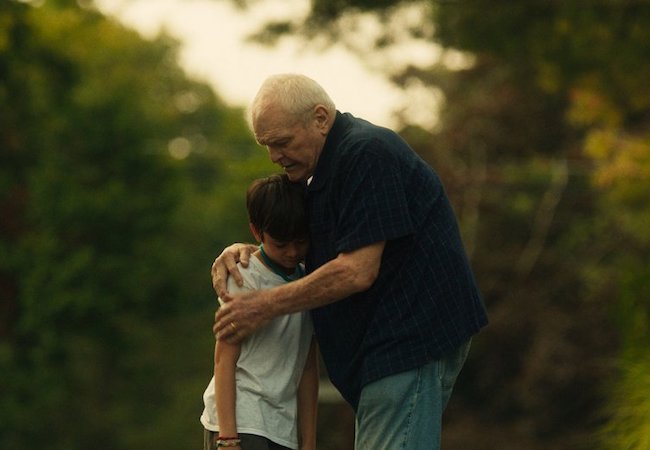 In today’s Movie News Roundup: Contagion director Stephen Soderbergh is leading a new panel to help get Hollywood back to work; a Jaws distraction; a Kick-Ass history; and remembering Brian Dennehy.

Soderbergh to the Rescue: The Contagion director (you can’t make this stuff up) will lead a Directors Guild committee on how to get members back to work and restart Hollywood, when it’s safe to do so. The committee will work with “top epidemiologists in the field,” the DGA says. Another committee will look into how to reopen theaters safely.

The Ultimate Guide to Jaws Locations: My friend John and two guys I wish were my friends made an incredible interactive, 3-D map of all the locations for Jaws and its sequels. Now you can take a virtual tour of Martha’s Vineyard and wonder if you’d be a “we need to close the beaches” kind of person or a “the shark hasn’t killed that many people” kind of person.

When Theaters Could Possibly Reopen, Maybe: Variety outlines the Trump Administration’s criteria for when states, counties and cities could resume pre-quarantine life. But don’t get too attached to these notions: Trump is more in the school of “the shark hasn’t killed that many people,” while governors of states like California and New York are more, “The beaches stay closed until we blow up that shark.”

Kick-Ass Story: It turns out a poker game was integral to the creation of Kick-Ass, which is turning 10. The Hollywood Reporter runs down the history of Matthew Vaughn’s witty comic-book adaptation.

RIP Brian Dennehy: The star of First Blood and Tommy Boy, who won his first Tony for Death of a Salesman in 1999 and his second for Long Day’s Journey Into Night in 2003, died Thursday at 81. “It is with heavy hearts we announce that our father, Brian, passed away last night from natural causes, not Covid-related,” his daughter Elizabeth tweeted Thursday. “Larger than life, generous to a fault, a proud and devoted father and grandfather, he will be missed by his wife Jennifer, family and many friends.”

See Dennehy in Driveways: Before Dennehy’s death, the Oxford Film Festival announced that Driveways (pictured above), in which he stars as a Korean War veteran who befriends his struggling new neighbors, is one of the films you can watch in its Virtual Art House screening series. It’s a great way to support the festival while appreciating a great actor’s work. Here’s the trailer for Driveways, which is directed by Andrew Ahn and also stars Hong Chau, from Watchmen and the underrated Downsizing.