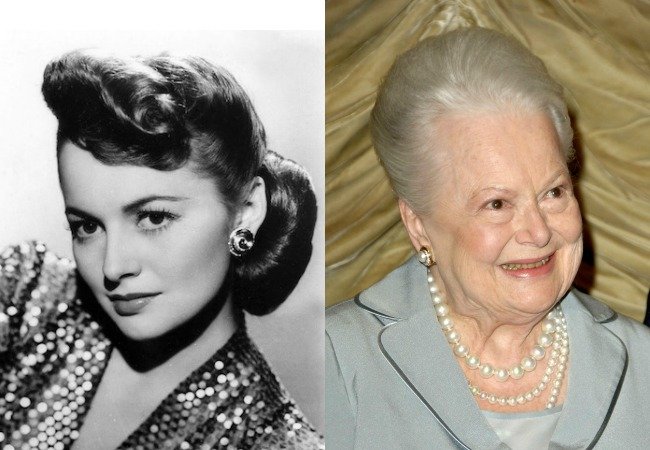 In today’s Movie News Rundown: Olivia de Havilland wasn’t just the last Golden Age star; she was a stone-cold Hollywood rebel. Plus: The Academy on the future of film, no one agrees on what “cancel culture” is, and a cameo from the creator of The Wire.

R.I.P. Olivia de Havilland: In 1932, Olivia de Havilland’s stepfather ordered her to quit a high school play. So she moved out, and went on to star in the biggest film of all time, win two Oscars, and break down the old studio system with “The De Havilland Law.” Here’s our appreciation of de Havilland, who died peacefully Sunday at 104.

R.I.P. John Saxon: This weekend we also lost John Saxon, best known for Enter the Dragon and the Nightmare on Elm Street films, who died of pneumonia at 83. Here’s The Hollywood Reporter’s obituary.

Top Rental: The No. 1 movie in America is The Rental, Dave Franco’s eerie directorial debut. Forbes has more details. And here’s our interview with Dan Stevens and Sheila Vand, two of the film’s stars.

Et Tu, Academy? Deadline‘s Michael Cieply wrote a thoughtful,  nostalgia-tinged analysis that includes the statement:”Early this month, even the Academy of Motion Picture Arts and Sciences, the ultimate film booster, quietly acknowledged that the movies may suffer very deep damage from the virus.”

What Is Cancel Culture: The Associated Press took a step back to note that while everyone argues over “cancel culture,” no one agrees on what it actually is.

David Simon Cameo: We made a video to promote The Industry podcast episode celebrating the would-be extravaganza called Blood Circus:

Comment of the Day: “What a remarkable story, William! As a ‘guerrilla filmmaker’ myself, I truly appreciate the journey to get this film made. The trailer looks incredible. I wish you good health and much success with this film. Looking forward to seeing it!” says Heather Place, commenting on William Norton’s story, “How I Fought a Life-or-Death Battle for False Colors, the ‘Budget Bourne’ of My Dreams.”