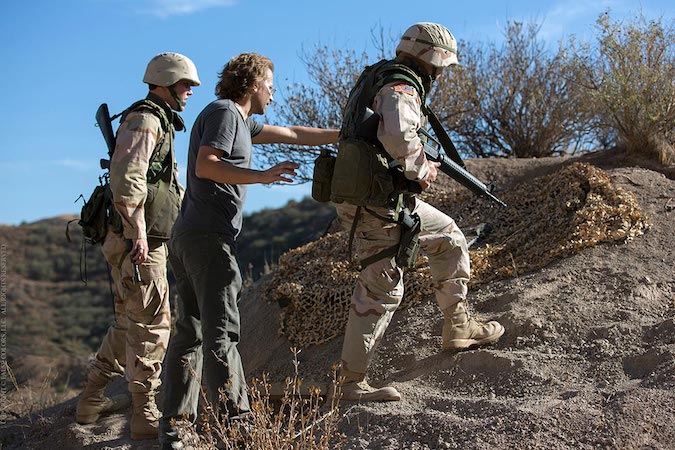 I think of my “ultra-indie” action adventure film False Colors as a kind of “budget Bourne,” and given the way I had to fly under the radar to grab shots, making the film often felt like a stealth mission. Little did I know, when I started, that by the end of production I would be fighting for my life.

False Colors has military helicopters and hardware, planes, desert shootouts, explosions, dozens of locations, and a pulsing score—making it a very ambitious film for the $275,000 it cost to make. All this meant I had to get very creative to bring my vision to the screen. I saved money by writing, directing and filling most of the other job descriptions myself. My wife, Jessica Goin, and I co-produced False Colors completely ourselves, eventually putting our house on the line to do so—something we don’t recommend for the faint of heart.

The film follows weapons inspector Ted Keller (Matthew Gilliam), whose discovery of a mysterious biological weapon puts his life in jeopardy. He joins with a beautiful congressional aide (Miss World Romania 2010 Lavinia Postolache) as they run for their lives while trying to prevent a global disaster.

Although the script was written several years ago, by an eerie twist of fate, my story about a deadly biological agent premiered during our current real life worldwide pandemic.

In order to achieve what would normally cost hundreds of times False Colors’ budget, I often worked in true guerrilla film style. On the first day of shooting with only my lead, Matthew, and one other actor, we were briefly detained by military police as our unauthorized filming on a military base drew their attention. I knew I made a wise choice casting Matthew when he rolled with those punches without complaint on day one. 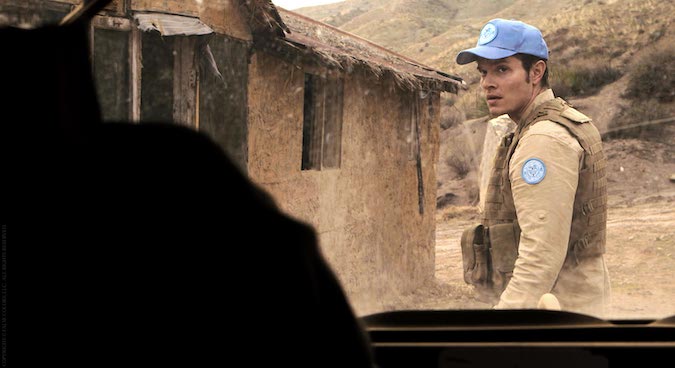 To get shots set in Washington D.C., I flew there with only Matthew, Lavinia and my key hair and make-up artist, where we filmed around town for two-and-a-half days grabbing shots under the noses of security. We shot at the Jefferson Memorial, The National Mall and outside the White House on the street in front of the Executive Office Building. I used only a DSLR camera and existing light to avoid interference from the uniformed agents patrolling nearby, and at one point I even had my lead actors pretend we were doing an engagement photo session as a guard made his rounds. I always planned on doing ADR for all of these scenes, as getting great sound is crucial.

Those days seemed easy compared to grabbing the motorcade footage my script called for. We heard about members of the First Family visiting L.A. and researched their destination. I made a judgment call as to the most likely route they would take and then showed up on the street outside, video camera in hand. The Secret Service wasn’t thrilled, as a couple of agents asked me what I thought I was doing and an undercover agent surreptitiously photographed me. Moments later, another undercover agent allowed his dog to jump up on me. I realized I was likely being sniffed for weapons and kept my cool.  After a few minutes passed, the motorcade drove by and I got the footage I came for.  Something I adhered to throughout the making of False Colors, and in general, is that perseverance pays off.

I tried to utilize what I had access to in making False Colors and would even change the script to incorporate something into the story that caught my eye, as was the case when I passed a police checkpoint while driving home one night. I lived nearby, so I grabbed my camera and returned to shoot some footage, always being careful to chose camera angles that obscured people’s identities. I then filmed my actors at a different time and place and cut them seamlessly together.

Towards the end of filming one of my actors had moved out of town, so I had him return to shoot some pivotal scenes. I asked him to bring an appropriate suit, but when he arrived the night before, it was immediately apparent that his wardrobe wasn’t going to work. In another example of this “seat of the pants” type of production, the next morning, which happened to be a weekend, I was lucky enough to find a discount suit shop on Hollywood Blvd. that was open…with a tailor on site. I had him fitted for a perfect suit on the way to location…. just a couple of hours before filming. The location was a private jetport hangar that I managed to finagle, and there was no option for re-shoots. Due to the unavailability of crew and of course budget, I ended up once again lighting, shooting and running sound myself. Incredibly, everything worked out perfectly. 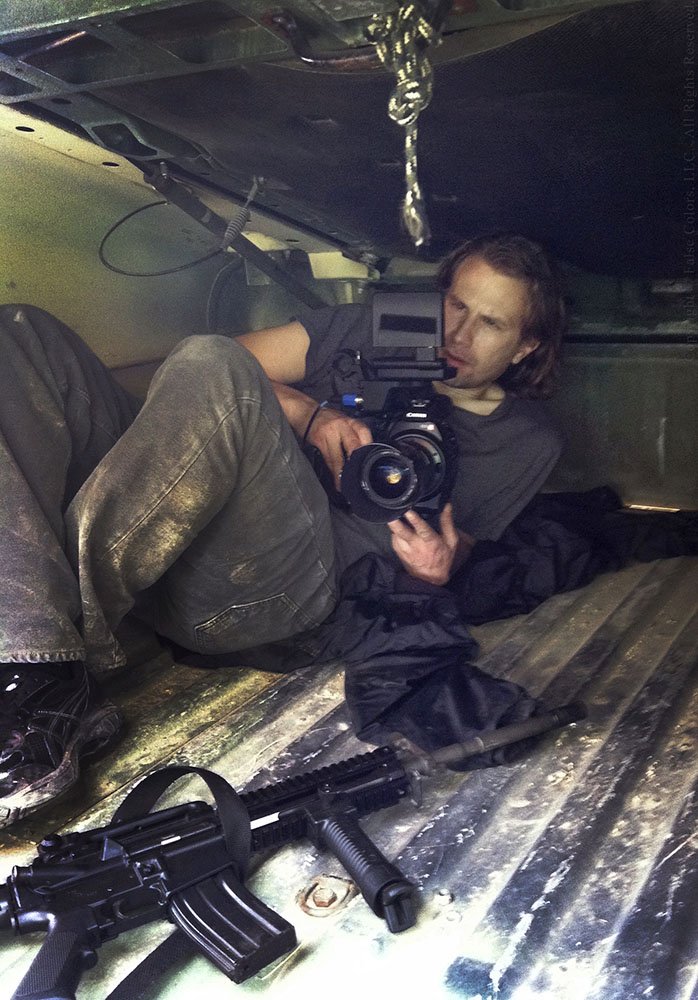 William Norton grabs a shot from inside a Humvee for his film False Colors.

Beyond that, we got our money’s worth with the most DIY attitude possible. I did everything from writing, producing, directing, shooting and editing…right down to wardrobe, props and craft services. I hired a director of photography, and initially enjoyed the luxury of handing off that task to someone else. But due to scheduling conflicts, and a dwindling budget, I ultimately enlisted three DPs, and eventually became a DP myself, less than halfway through the shoot.

I found that I work much faster that way, shooting instinctively—which helped keep me on schedule. My intent was always to stay off the sticks, going handheld whenever possible to add energy to the visuals, which I think worked beautifully. I was careful and controlled, because there’s a subtle line between exciting and nausea-inducing, and if you intend to show your film on a big screen, the motion you see in the  viewfinder will be greatly magnified.

The handheld approach kept the film on schedule, as it allowed setups to move quickly. But it meant I had to keep my lighting package very simple and adaptable. I invested in a couple of Kino Flo Diva-Lites as my predominant sources, and augmented them with a few LED’s and older hot lights with various diffusion. I also really love using natural or existing light whenever possible, which becomes essential when you’re grabbing a shot without asking permission first.

The production stretched out over several years due to finances and the logistics of handling the enormous workload myself, while juggling all the other responsibilities of daily life, and raising two young children. The shoot went on so long that actress Tanya Thomas, who plays Dr. Sandenow in the film, was pregnant with her first child during her initial filming, and was pregnant with her second when she came back to shoot pickups. 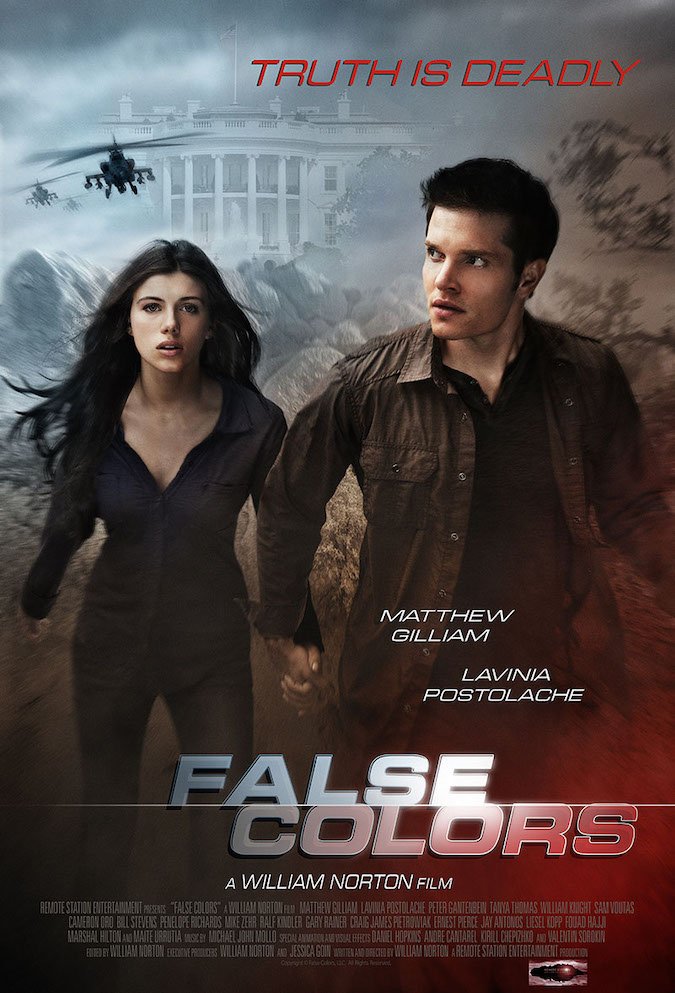 We finished filming, essentially locked the edit—and then had our world turned upside down by a challenge more frightening than any we could have imagined. I was diagnosed with stage 4 cancer.

Our priorities changed overnight as Jessica and I fought together to save my life. This went on for an extended period, but somehow I still managed to work on post-production during treatment. I would go to sessions with my composer just after hospital visits, and while still receiving chemo from a pump slung over my shoulder. Eventually, and against all odds, I beat the cancer. At that point, color correction and legal were a welcome change, after everything we’d been through.

Mercifully, we were able to get False Colors in the pipeline for release just under the wire before COVID-19 started causing serious distribution delays. Though the pandemic forced the cancellation of our theatrical premiere, False Colors is now available on most major streaming VOD platforms.  You can find these and learn more at falsecolorsmovie.com.

A very Hollywood ending to a very non-Hollywood film. 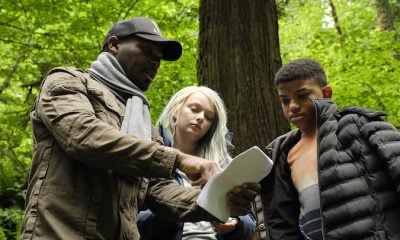 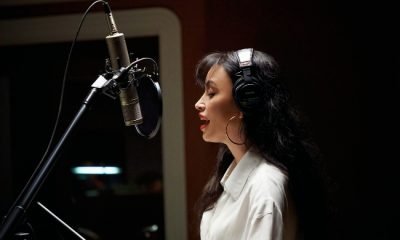