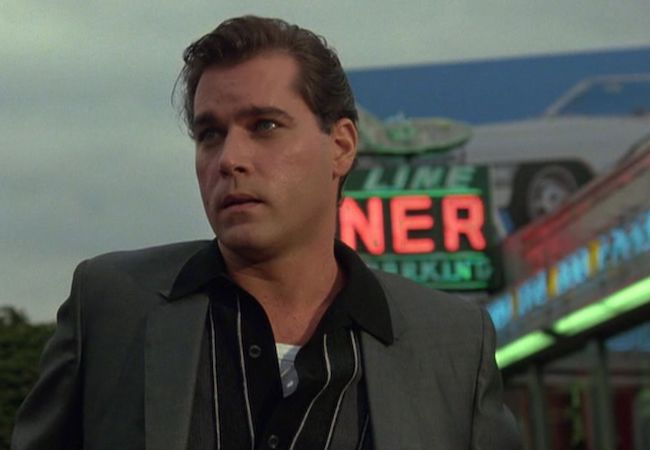 In today’s very dark and scary Movie News Rundown, Miranda July explains how families are like cults; you and your cult can rent a whole theater for $150; a recent documentary could calm the current Satanic Temple panic; and the Nightstream festival revisits American Psycho. Plus: Glenn Kenny, the author of a new book about Goodfellas, shares some funny stories.

Miranda July on Kajillionaire: “Every family is a cult,” the brilliant Miranda July says in this discussion of her new film Kajillionaire. “And it’s weird because having grown up in it, the child is the best member of the cult.” Kajillionaire, about a family of cons played by Evan Rachel Wood, Richard Jenkins and Debra Winger is out today. Debra Winger cultists, take note.

Goodfellas: Film critic Glenn Kenny went to see a struggling Martin Scorsese at his New York office around Christmas 1989, and found him working on a new, tabloid-inspired gangster movie about a mobster named Henry Hill. Kenney shares that and many other fantastic anecdotes in his new book Made Men: The Story of Goodfellas. You can listen to our interview on Apple or Spotify or right here:

Satanic Panic: Conservatives on social media have seized on this story by an attorney who joined the Satanic Temple, not understanding that the Satanic Temple is a hilarious, satirical organization that uses devilish imagery to argue for the separation of church and state. We only know this because of Penny Lane’s very funny 2019 Sundance film Hail Satan?, a great weekend watch.

‘The Alamo Personal Theater’: Select Alamo Drafthouse theaters will let you rent out a whole theater for $150 to watch movies with your whole family or socially distanced friends. Do you have any idea what a good deal that is? I rented out a whole theater once in a desperate, last-ditch romantic gesture and it cost more than ten times this much. We’re married now, and co-own a movie publication (this one!), but the point is, you can save your own relationship for pennies on the dollar while seeing Tenet. You’ll also have to pay for food, but this is, after all, your relationship we’re talking about. EW quotes Alamo’s CEO saying the initial rollout has been “massively successful.”

Nightstream: The new horror fest, a collaboration between Boston Underground, Brooklyn Horror, North Bend, Overlook, and Popcorn Frights, has an outstanding lineup, including the world premiere of the very smart horror film Run, starring Sarah Paulson, from the team that brought you Searching, and conversations with Candyman director Nia DaCosta and Quiet Place screenwriting team Beck/Woods.

American Psycho Revisited: But my favorite Nightstream event is an interview with American Psycho director Mary Harron about the film’s 20th anniversary. I got to talk to her for our American Psycho oral history earlier this year, and she has amazing stories — including about how she quit when Leonardo DiCaprio was briefly hired to play Patrick Bateman, and how Christian Bale kept insisting he would still somehow get the part. Harron and Bale’s perseverance paid off with one of the funniest films of this century. You don’t want to miss a chance to hear her talk about it. Nightstream is Oct. 8-11.

‘Time to Go’: Because we ask weird things of our filmmakers, someone got Trial of the Chicago 7 writer-director and West Wing veteran Aaron Sorkin to lay out how he would script Election Night 2020. “Trump does what we all assume he will do, which is not concede defeat, claiming the election’s rigged and the Democrats cheated. For the first time, his Republican enablers march up to the White House and say Donald it’s time to go. I would write the ending where everyone does the right thing. I don’t think Trump will do the right thing, except by accident.” He spoke in a video interview for the San Sebastian Film Festival. Variety has more. Also, Trial of the Chicago 7 is captivating.

The Boys Spinoff: Amazon’s The Boys is crass, needlessly violent and awesomely fun. The series about a world where superheroes are corporate shills (at best) is getting a spinoff set at a college for up-and-coming superheroes, Deadline reports. You can see The Boys as a warning about jingoism or just enjoy the chaos.