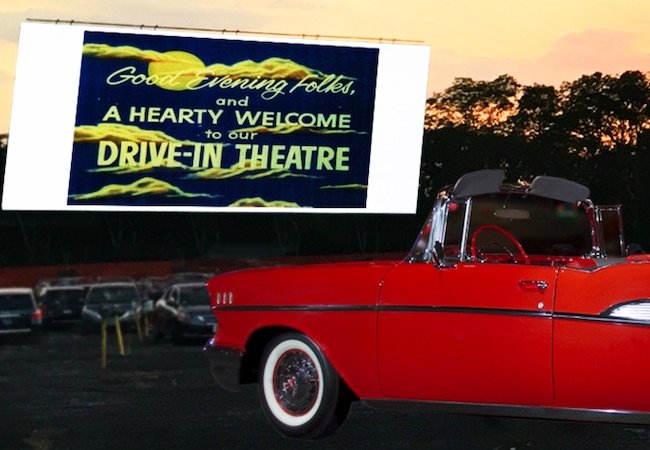 In today’s Movie News Rundown: Idris Elba on how to address past portrayals of on-screen racism; here’s some free music for your next film, video, podcast, or whatever; the Provincetown Film Festival is underway; and a pie-related clarification. Plus: A six-year-old boy gives Captain America some hero lessons.

No Plans to Release Tenet Overseas First: Vulture cites two insiders who said Christopher Nolan and Warner Bros. executives discussed releasing Tenet internationally ahead of the North American rollout, but that Nolan came out against the idea because he “wanted to help support American theaters in their time of need” by releasing the film in the U.S. at the same time as overseas. Tenet is still scheduled for an Aug. 12 domestic release, after twice moving its release date because of COVID-19.

PIFF: The Provincetown Film Festival starts today, with a mix of virtual and drive-in programming. If you’re in New England, the Wellfleet Drive-In (pictured) will feature festival programming tonight and tomorrow. (If you’re not, maybe support your local drive-in? Going to a drive-in has been scientifically proven to be the actual most fun thing in the world.) We’re especially interested in the Provincetown selections I Am a Town, which is about Provincetown and is screening at the Wellfleet tonight, and Stage Mother, starring Jacki Weaver as a mother who inherits her son’s drag club. The film also features PIFF 2020 Next Wave honoree Mya Taylor, best known for Tangerine.

The Film Set of the Near-Future?: Variety looks at the making of a commercial that is using some of the same technology that could help film productions in the near future. “The production incorporates dynamic LED light walls plastered along the walls and floor, camera tracking software and Unreal Engine, a system that’s traditionally used for video games, to create a 3D, lived-in environment.” The video within the article is cool.

Idris Elba on Racist Portrayals: The actor says in an interview with the Radio Times that rather than censoring onscreen racism, content that could potentially offend should carry a warning. The British actor said, in part: “People should know that freedom of speech is accepted, but the audience should know what they’re getting into.” This is pretty much exactly what HBO Max did with Gone With the Wind — after briefly pulling the film, the streaming service brought it back with an intro that provides historical context.

Speaking of Idris Elba: We at MovieMaker have something bizarre, and tangentially The Wire related, that we’ll be releasing soon. We can’t say more just yet, but you may want to subscribe to Dan Delgado’s The Industry podcast on Apple or Spotify or wherever you get podcasts.

Free Music: “Here’s something I came across on Reddit” is rarely a promising start, but here’s something I came across on Reddit: A composer called One Man Symphony is giving away 174 songs and sound effects, downloadable here. Finding free good music for film projects is always tough, but there’s enough here to suit a lot of tastes. (I like the track called “Stealth Mission Theme.”) This is available under a Creative Commons CC By 4.0 license, which means you’re free to use the music almost any way you like. But you can support the artist through Patreon if you like.

Oh Also: If you’re doing something interesting, especially if it might help someone else, feel free to tell me about it — I’m Tim.Molloy@MovieMaker.com. I like including raise-all-boats projects in this here newsletter.

Comment of the Day: Brian Galford notes about a post in yesterday’s news rundown: “As I understand it, the WGA tussle with the agencies, especially the biggest ones, is not about ‘getting a bigger piece of the pie’ as you put it, but about getting the agents not to take a packaging fee from the studios when they deliver writers, actors and directors to the studio together. It is a form of conflict of interest where the agencies are not wholly working for the writers anymore; they’re working for themselves as well. Anytime their fees come not from their clients but from the studios, there is trouble afoot. That is the issue: the agencies must go back to representing writers for their 10%.”

Me Again: Thanks, first, for a smart comment. I oversimplified a complicated dispute with the pie reference. What I was trying to get at is that I suspect the eventual resolution of this won’t be an end to packaging, which I think is here to stay, but rather some arrangement in which writers see more financial benefit from packaging.

‘Captain America Here’: Chris Evans is sending a Captain America shield to a six-year-old boy in Cheyenne, Wyoming who saved his baby sister from a charging dog. The boy, Bridger Walker, needed 90 stitches as a result. Here’s Evans message to Walker. 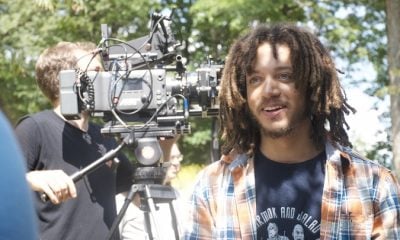