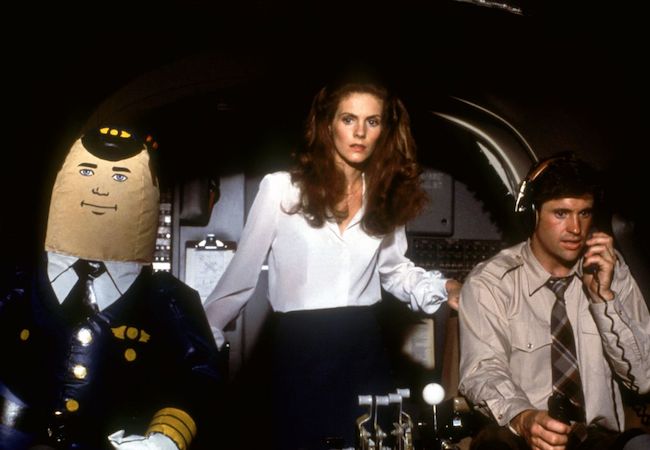 In today’s Movie News: Join a free talk with the creators of Airplane; Antebellum star Janelle Monae tells us about growing up in a religious household that still loved horror movies; and Denzel Washington and Barry Levinson talk directing. Plus: a fun six-minute dance movie to take you into the weekend.

Also Free: Sign up for today’s Mammoth Lakes panel on how to get your film made, score media attention, and get distributed in a completely transformed industry. MovieMaker managing editor Caleb Hammond is among those taking part in the panel moderated by the brilliant Jacques Thelemaque of Filmmakers Alliance. (Jacques, by the way, first had the idea for this newsletter you’re reading.)

Janelle Monae Talks Chuckie, Freddy, and Antebellum: I talked to Monae about some of the horror films that made her Kansas City childhood a lot scarier. “I would watch with all my cousins, and our noses would bleed, and we would love it,” she says. Monae, who plays a very tricky part in the brand-new Antebellum, also talked about the essential film that none other than Prince told her to see. Look for our interview with Antebellum directors Gerard Bush and Christopher Renz today.

Denzel Washington and Barry Levinson Talk Directing: In a Toronto International Film Festival talk between the two, Levinson said directing is “a lot of preparation and then a lot of freedom. It’s a controlled freedom,” citing the exhilarating moment when an actor forgets a line and “there’s three, four seconds and all of a sudden that becomes interesting.” The Hollywood Reporter has a full writeup of their talk that includes Washington, now directing his fourth film, sharing some advice from Joel Coen about stealing.

Washington on Chadwick Boseman: The actor, who once secretly paid for a young Boseman to attend the British American Drama Academy’s summer program, notes how much Boseman accomplished despite his death at 43. “He didn’t get cheated. We did. I pray for his poor wife and his family. They got cheated, but he lived a full life.”

Sold at TIFF: Indiewire has a good running list of films sold at Toronto, Venice and the New York Film Festival.

The Batman Returns: The production has resumed after Robert Pattinson got the all-clear following a positive COVID-19 test, Variety reports. Apparently building sets is all the film could do during the downtime, so get ready for some amazing sets.

Meetcute on Danceworld: I was lucky enough to meet rising filmmaker Micah Khan through this newsletter, and his short film Meetcute on Danceworld is a funny, charmingly original experiment in using dance as dialogue — there’s verve and dedication to finding a new way to tell a story. Here it is:

Micah, who was featured on Robert Rodriguez’s El Rey Network, describes himself as “a South Asian-American no-budget film director,” adding, “My joy comes from when an audience forgets they are watching a movie and are completely immersed. Comedy, action, or musical, I love transporting you to a different world for a few minutes. Do the films I create have any greater meaning? Most definitely. I sneak in my fears and my own life experiences into all my films.”

Have a great weekend, everybody.

What Janelle Monáe Remembers
In Woke, a Cartoonist Is Transformed by Police Brutality (Podcast)