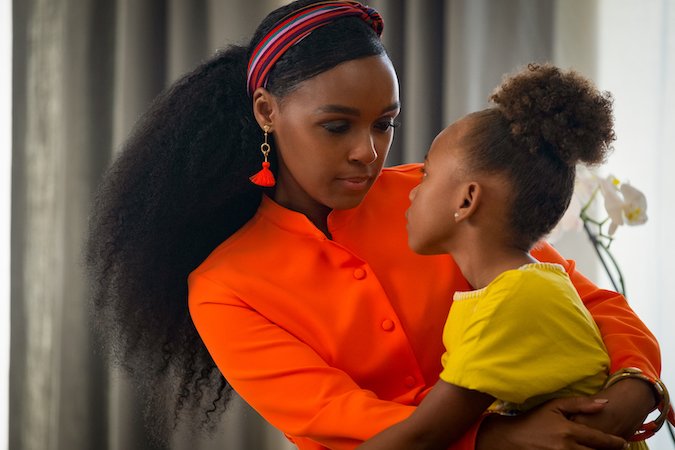 Janelle Monáe, star of the new Antebellum, has strong memories of the horror movies she watched growing up.

“I don’t know how you could have been Black when Candyman came out and either not been afraid of it or excited about it. And I was both,” she recalls. “I grew up on horror. I grew up on Nightmare on Elm Street. I grew up knowing what Robert England looked like, outside of Freddy Krueger. That’s how deep I was. When he showed up in New Nightmare I was super excited about that. I grew up watching all the Halloweens. Michael Myers. Jason. I know about Tales from the Hood. Child’s Play. The original Charles Lee Ray.” (Charles Lee Ray, as only true Child’s Play fans would know, is the name of the serial killer who comes to embody the Chucky doll.)

“All of this,” Monáe adds, “was stuff that I would watch with all my cousins, and our noses would bleed, and we would love it.”

We’re talking about Candyman, the 1992 film being revived this year, because it, like Antebellum, uses the horror genre to make America look into the mirror at its hideous racial legacy.

But here’s what she doesn’t remember, from all those hours of watching movies: She doesn’t ever remember seeing a Black woman superhero.

With Antebellum, she combines the horror she saw on-screen with the horror of what she never saw on-screen. She plays a character named Veronica Henley who is, Monáe says, very much a superhero. 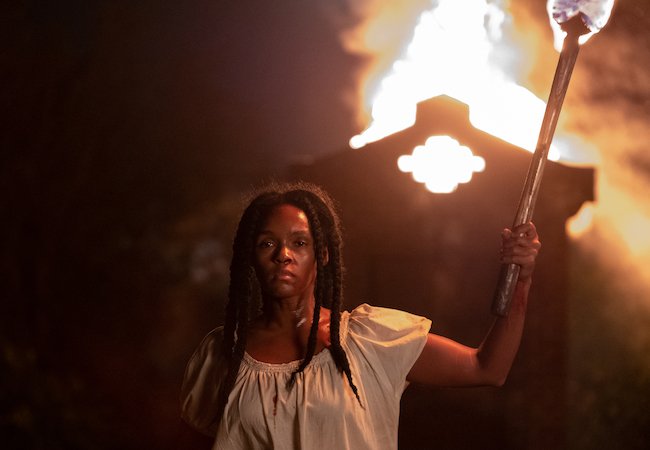 “I hadn’t seen a Black woman portrayed in this way. And it was something I’ve been itching to see for years, when I would watch. You know, I will watch films centered around men and them being heroes. I just hadn’t seen that role created for a Black woman in the way that Veronica Henley’s role is. I don’t want to give too much away from the film… but I would say for me that Veronica is a survivor, but she’s also a super-hero. But not a superhero in a Marvel Universe or DC Comics kind of way. And I think when you watch the film, my hope is that you’ll come away with a deeper appreciation for the Black woman.”

Monáe grew up in the ’90s in Kansas City, Kansas, in a religious household just unorthodox enough to let her watch all those scary movies, and, she says, “music with cursing in it.” She started out, of course, in music, and paid homage to her roots with her trademark black-and-white outfits.

“What my black and white uniform represents is working-class people,” she says. “Like my parents and grandparents and people who have been building this country, community by community, every single day, and not really getting too much acknowledgement.”

In keeping with that work ethic, Monáe is the rare modern music star who made a name for herself not by working for a barrage of laptop-equipped producers, but by writing her own songs and playing with a tight, punchily professional band in the tradition of Prince and James Brown. Which isn’t to say she’s anti-computer: Her music embraces sci-fi and android imagery, paying homage to the likes of Fritz Lang and Philip K. Dick.

Add to this her deadpan wit, which arises in response to a question about her style. “Prince had the assless pants,” she says. “I have the black-and-white.”

Monáe was ready. Her movie knowledge extends far beyond horror and sci-fi—she lists Jordan Peele, Stanley Kubrick, the Wachowski sisters, Tim Burton, and Ari Aster among her favorite filmmakers, as well as Nia DaCosta, director of the upcoming Candyman reboot.

While she prefers not to say too much about her friendship with Prince, she notes that they “always” talked about movies.

Janelle Monáe in Antebellum. All photos by Matt Kennedy, courtesy of Lionsgate.

“He’s the one who told me to watch Black Orpheus. I had never seen the film before,” she said. “He loved movies. He encouraged me to make more movies as well.”

The movies love Monáe, too. This past year the Oscars invited her to perform an opening number that doubled as a celebration of some films that the Academy overlooked, including Us, Queen & Slim, and Midsommar.

Monáe said during the performance that she was “so proud to stand here as a Black, queer artist” and pointedly celebrated “all the women who directed phenomenal films.” It was a notable observation, given that no women were nominated for best director — and only one female-directed film, Greta Gerwig’s Little Women, had been nominated for Best Picture.

“There are certain things that I didn’t say in rehearsals that I did say live,” she noted with a laugh.