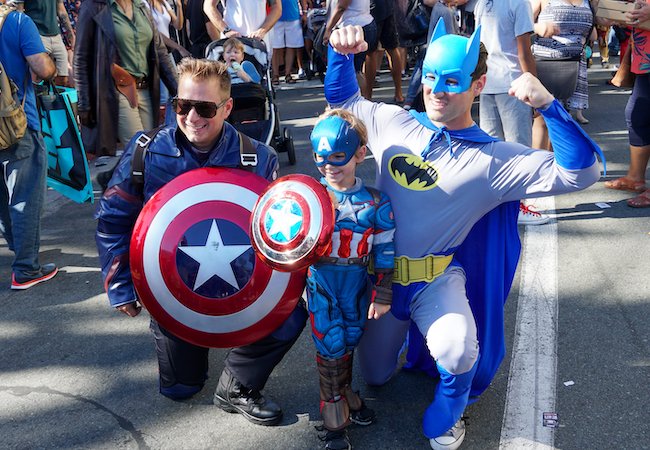 In today’s Movie News Rundown: Let’s enjoy photos for the most beautiful theaters on earth; Spike Lee is making a documentary to mark the 20th anniversary of 9/11; San Diego will have slightly fewer dudes dressed as the Riddler this summer.

But First: Here’s Cathy Yan on what she learned directing both the Chinese indie Dead Pigs and the American superhero film Birds of Prey — in an interview with director (and upside-down Birds of Prey actor) Anna Mikami. At the 10:52 mark, Yan shares the single word of direction she gave on both films.

Speaking of Superheroes: The Hollywood Reporter says San Diego Comic-Con will be virtual this summer, with a small in-person component planned for fall.

Most Beautiful Theaters: Time Out did a great job on this list of the most beautiful cinemas in the world, even if they did leave out the Vista in Los Angeles. Otherwise: wonderful choices. Can’t wait to see another movie at The Coolidge and the New Beverly, especially, and to someday go see Cineteca Madrid, which looks majestic.

Sounds Good: The Cinema Audio Society announced the nominations for the 57th Annual CAS Awards for Outstanding Achievement in Sound Mixing for 2020 in seven categories, with Mank, News of the World, Soul, Croods: A New Age, News of the World, Lovecraft Country and The Mandalorian all scoring nominations, per Variety.

Spike Lee on 9/11: No one agrees with me, but I contend that Spike Lee’s very underrated 25th Hour is a 9/11 metaphor and the first film to truly address how it changed New York, the city Lee dearly loves. So I’m excited to see his upcoming HBO documentary series on that very subject. IndieWire has details.

And In Case You Missed It: Here’s our interview with Lee last week.

Main image, above: Young Captain America heroically allows Batman to pose with him at Comic-Con 2019 even though Batman is not in the MCU. Courtesy of Shutterstock.