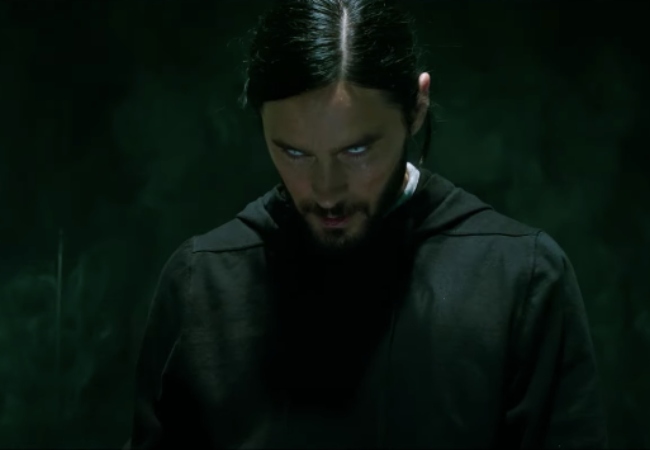 The trailer for Marvel’s Morbius starring Jared Leto is out; Last Night in Soho dabbles in “granny shit”; Pete Davidson is now apparently the poster child for all of New York City. All in today’s Movie News Rundown.

But First, Carole Baskin: The Tiger King star is suing Netflix for using footage of her in Tiger King 2, according to court papers obtained by Variety, because of course she is. She and her husband, Howard Baskin, are saying that they only signed forms to appear in the first docuseries, not the second. Netflix declined to comment to Variety.

Granny Shit: Last Night in Soho co-screenwriter Krysty Wilson-Cairns told MovieMaker the story of how writer-director Edgar Wright once tried to impress his high school crush by playing a Kinks record at her party, to which some random kid said, “Who the fuck plays this granny shit?” The moment made its way into Last Night in Soho.

To That Kid, I Would Like to Say: I do. I play that granny shit.

Lasagna, Please: Chris Pratt is voicing Garfield, the comic-strip cat created by Jim Davis, in an upcoming animated movie, according to The Hollywood Reporter. This seems like a fitting role for Pratt’s goofy and loveable persona. I can imagine Andy Dwyer from Parks and Rec reading Garfield comic strips and giggling to himself as April Ludgate (Aubrey Plaza) looks on, rolling her eyes but secretly also finding it funny. Pratt is also set to voice Mario in the Super Mario Bros. animated feature from Universal and Nintendo, THR adds. Good for Pratt, the voice of everything.

Sorry Bill Murray: Remember that time he voiced Garfield in two separate movies because he saw that they were written by Joel Cohen, who Murray mistakenly believed was Joel Coen of the Coen brothers? At least, that’s how Murray explains it.

Dr. Michael Morbius, at Your Service: The new trailer for Morbius starring Jared Leto dropped Tuesday morning, featuring themes from The Doors’ song “People Are Strange.” Leto’s Morbius seems like a pretty nice guy — until his razor-sharp teeth come out. Oh, and he makes an interesting mention of Venom at the end of the trailer. The new Marvel movie from Sony will be released on Jan. 28. Watch the trailer here:

I Can’t Go 5 Minutes Without Talking About Succession: Sarah Snook, who plays Shiv Roy on HBO’s Succession, gave a very informative interview with THR in which she explains how she and her on-screen husband, Tom Wambsgans (Matthew McFadyen) are navigating their “tricky” marriage.

All In Good Fun: “With Matthew [McFadyen], when we’re saying these things, he’s sort of going, ‘Oh God, we couldn’t possibly be saying that to each other.’ But they are,” Snook said. Indeed, they are.

R.I.P.: Did you know that there’s a real cemetery in Pasadena with a fake gravesite that’s always dug, ready for actors to pretend to be buried on film and TV sets? The cemetery is called Mountain View, and Vulture has a very amusing story about all of its Hollywood roles, including the final resting place of George Costanza’s fiancée, who was poisoned by envelope glue on Seinfeld.

It’s Pete Davidson’s NYC, We’re Just Living In It: Page Six struck gold by finding a connection between two (probably) unrelated things: Kim Kardashian going to New York City, the place where Pete Davidson lives — he literally made a movie about being from Staten Island called The King of Staten Island, but we’ll just roll with it — and the fact that Pete Davidson and Kim Kardashian were photographed holding hands on a roller coaster this weekend. Even People magazine has a source insisting that they’re “just friends,” and any person who’s been on a roller coaster can understand why one might feel the need to grab onto the person next to them for dear life. But that hasn’t stopped Twitter from losing it over the concept of “Pete Davidson’s New York,” as if he is the city’s figurehead and the rest of its dwellers merely his peasants.

Anyway, This Kind of Sums It Up: Some granny shit.