Michael Moore to Joe Biden: Abolish the Electoral College, Give Us Ice Cream 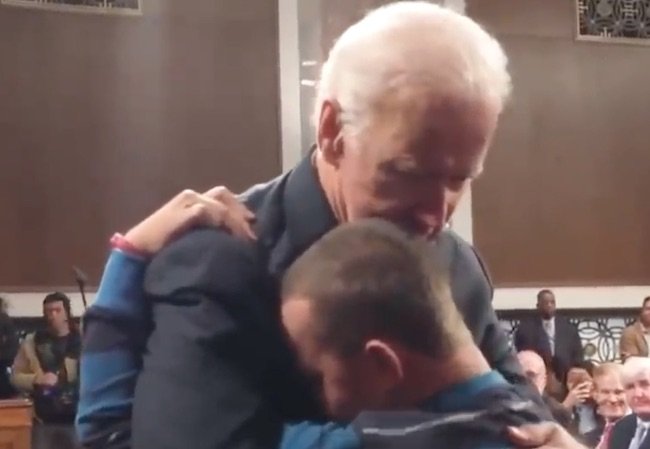 Michael Moore says in an open letter to President-elect Joe Biden that he shouldn’t be afraid to fight for the left — and that he should push a plan to abolish the Electoral College. He also asks, symbolically, for ice cream for all.

Biden has pledged to be a president for all Americans, even though who voted against him. Moore urged him to resist pressure to govern from the middle.

“Charge in on January 20th like FDR on steroids. You have no choice. People are dying! You need to sign executive orders and cajole, demand and shame Congress into action. And GO BIG!” the documentary filmmaker said in an open letter to Biden. “Eliminate the Electoral College through the National Popular Vote Act! DONE! Ratify the Equal Rights Amendment for women! Just one more state needed! DONE! Send in the Army Corps of Engineers to Flint to replace the poisoned water pipes! DONE!!”

Biden won the popular vote, but President Trump and his allies have tried unsuccessfully in court to contest the election results in individual states in order to secure an Electoral College win.

The National Popular Vote Act would eliminate the need to win the Electoral College through a voluntary interstate compact between the states.

“The shortcomings of the current system of electing the President stem from ‘winner-take-all’ laws that have been enacted by state legislatures in 48 states. These laws award all of a state’s electoral votes to the candidate receiving the most popular votes in each state,” reads an explanation on the National Popular Vote Act website. “Because of these state winner-take-all statutes, presidential candidates have no reason to pay attention to the issues of concern to voters in states where the statewide outcome is a foregone conclusion.”

Moore’s open letter also asks Biden, a longtime fan of Amtrak trains, for “a bullet train from New York to LA in 10 hours” — a request accompanied by a smiley face with sunglasses. Moore’s other suggestions include health care for every American, a living wage for all, and gender equity in pay.

“I see various people trying to take credit for your victory — and using their personal agendas to push you away from the progressive Left and toward the cowardly center which believes that the best way to beat Republicans is to just be a more easily-digestible version of Republicans. They think because Trump got 70 million votes the Democrats should reject Black Lives Matter, AOC, and anything that vaguely sounds like socialism — at a time when the majority of our citizens under the age of 35, according to most polls, prefer the idea of democratic socialism over the greed of modern-day capitalism. Why risk losing them?” Moore writes. “We need to listen to and understand why they feel this way.”

He says he has trust in Biden in part because of the way he tried to comfort Corey Hixon, a young man whose father, Chris Hixon, was killed trying to save students in the Stoneman Douglas High School shooting in Parkland, Florida. Moore pointed to this video:

He also recalled seeing Biden tell a young boy who was crying at a New Hampshire event, “if you can hang on and be a good boy for just a little bit, I’ll buy ya an ice cream!” He then gave the child’s parents $5 for the ice cream.

“I started to cry because I wanted so much for that piece of America to come back — goofy, kind, and focusing on what’s truly important: a goddamned ice cream cone!” Moore said.

He signed off, “We want ice cream. All my best, Michael Moore.”

The Half of It Director Alice Wu on How Algorithms Devalue the ‘Currency of Intimacy’
The Crown: Margaret Thatcher Shows Us What Trump Might Have Been — With Discipline