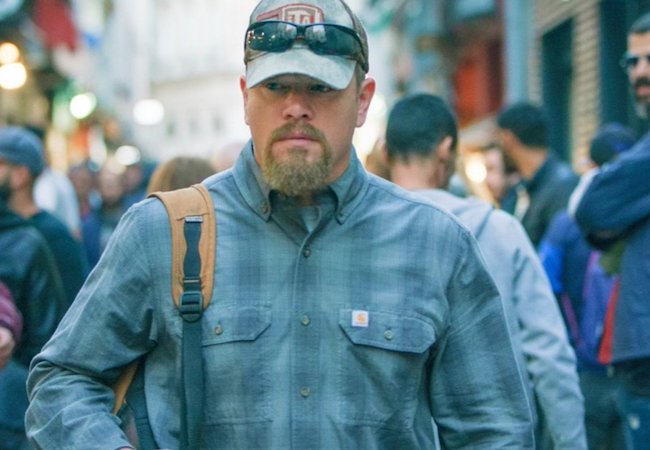 But First: If all you know about John DeLorean is that he made that Back to the Future car with the cool doors, you might like this piece about the new docuseries Myth & Mogul: John DeLorean.

Green Knight Influences: If you were gonna make a joke comparing the acclaimed David Lowery epic The Green Knight to Monty Python and the Holy Grail, I’m sorry — Lowery got there first. He calls Holy Grail “a legitimately great treatment of Arthurian legends” in this interview about the Green Knight influences.

Oof: The New York Times reports that Jungle Cruise, which “cost at least $200 million to make and another $100 million to market” took in $34 million in the U.S. and $30 million on Disney+ worldwide in its opening weekend. Brooks Barnes writes: “As Disney’s pun-filled Jungle Cruise demonstrated over the weekend, moviegoing remains disrupted, with the Delta variant, immediate streaming availability and squishy reviews combining to depress ticket sales. Any other takeaway would be de-Nile.”

Amanda Knox: Deadline made a garbly “update” (left) to its review of Stillwater after Knox complained that the original review misleadingly referred to her as “the American convicted in an Italian court of murdering her roommate.” Blech. Knox was, of course, completed exonerated after that initial conviction.

More Amanda Knox: She made that very valid complaint in a long Twitter thread objecting to news coverage and film and TV projects she believes are profiting from her misfortune and erroneously continuing to involve her in a crime she didn’t commit. It’s interesting and you can read it here. Stillwater isn’t about the Amanda Knox case — Matt Damon plays an Oklahoma dad who tries to get his daughter out of legal trouble in France — but there are some parallels in the two stories about a young woman abroad, in serious legal jeopardy.

More Matt Damon: The Sunday Times owned the Sunday movie-news cycle thanks to a Damon profile in which the Stillwater star made a sad prediction about the future of movies, based on the way his children watch movies: “The way they watch is different to how we did,” he says. “How can you watch a movie if you are texting? As someone who makes these things I can’t say I love that. Movies as we know them aren’t going to be a thing in our kids’ lives. And that makes me sad.”

Of Course: Matt Damon also trended because he volunteered that one of his kids wrote him “a very long, beautiful treatise” about why he should never again use a certain “f-slur.” Many people got mad that he had used said slur, and Damon tried to give some context, but honestly I don’t have the psychic energy to try to determine the tone/intention/nefariousness/irony etc. of whatever a movie star said privately to his family or to try to guess why he would talk about it with the Sunday Times. Here’s a summary if you do.

Help: Do kids today have no attention spans? Or are they capable of “long, beautiful” treatises? I simply can’t tell from these two anecdotes about a movie star’s kids. Kids, are any of you reading this? Do kids still “read”? Are you still called “kids”? Why is it called Stillwater?

Also for Kids: Please be careful out there.