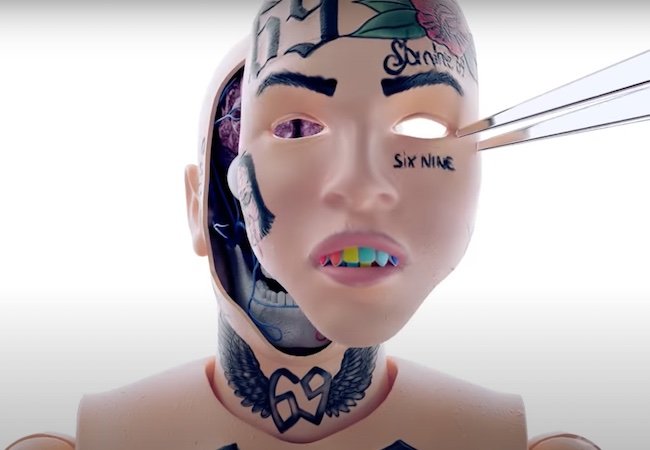 In today’s Movie News Rundown: How a Tekashi 6ix9ine documentary upped the action; WandaVision is a program that we watched; Pepe Le Pew is bad.
But First: John Singleton gave Coming 2 America his first big break more than 15 years ago when he agreed to back his film Hustle & Flow. But he also asked him to make a promise. Here’s my interview with the totally charming Brewer:

Today Is International Women’s Day: Variety went all in. Check out its home page.
The Making of a Supervillain: IndieWire has a very cool story about the making of the super-creative action-figure interstitials in Karam Gill’s Supervillain: The Making of Tekashi 6ix9ine. Giancarlo Esposito’s narration is magnificent.
Nomadland Wins Big: Nomadland cleaned up at the Critics Choice Awards, winning Best Picture, Best Director and Best Adapted Screenplay for Chloé Zhao, and Best Cinematography for Joshua James Richards. Here’s the full list of winners.
R.I.P. Michael Wolf Snyder: Zhao paid tribute during the awards to Nomadland sound mixer Michael Wolf Snyder, who died last week. “We honor you and we will see you down the road, my friend,” she said.
Et Tu, Le Pew: The lecherous skunk will not be in Space Jam 2, The Hollywood Reporter reports. This is not in response to New York Times columnist Charles M. Blow saying last week that Le Pew “normalized rape culture” — THR says the character was “scrubbed” from the film a year ago.
May I Editorialize? I don’t want to join the online outrage machine that gets worked up every time someone writes three words about a cartoon character, but as a child raised by cartoons, it was very clear to me that Le Pew was a bad guy, and not remotely likable or cool. He was, for example, a skunk. Also, Blow’s important overall point, about how a barrage of stereotypical images can give children a sense of inferiority, shouldn’t be lost because three words — it was just three words! — of his column may have overreached. Here’s James Adomian wittily making the point about cinema’s history of gay villains:

Subtext: I understand that the subtext of the Charles Blow blowback is, “Now they’re cancelling cartoon characters! Where does it end?” but Blow never said anything about banning Pepe Le Pew. People who accuse him of overreacting are also overreacting. It’s okay to just shrug sometimes.
As Long as I’m Editorializing: Did anyone else find WandaVision to be just OK? Fans keep heralding it as this great show about grief, but that aspect felt facile to me. The main focus was solving the mystery of where Wanda and friends actually were, and how they got there, but that was just a construct to justify the existence of the show, right? In the end, all our heroes ended up in pretty much the same place they were before. It felt at times like a show designed to get us to watch the next episode, or Marvel movie, more than it felt like a standalone story.
Elizabeth Olsen’s Other Show About Grief: WandaVision star Elizabeth Olsen also starred in Sorry for You Loss, a wrenching, nuanced look at grief with less CGI. I only watched the first couple of episodes, but was impressed by their rawness and honesty.