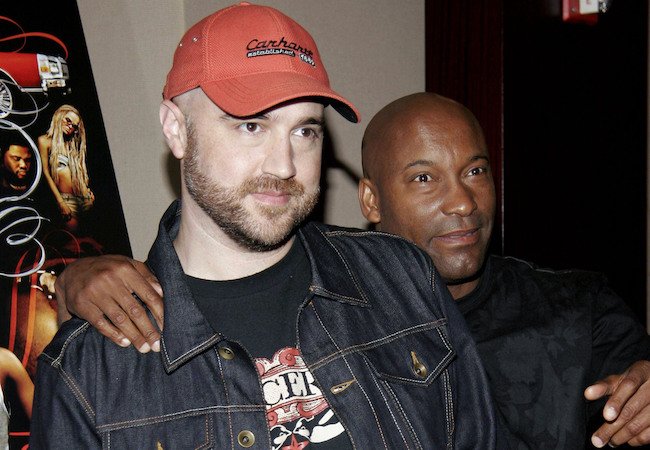 John Singleton, the late director of Boyz n the Hood, gave Craig Brewer his first big break more than 15 years ago, long before Brewer directed the new film Coming 2 America. But Brewer says Singleton asked him to make a promise in return.
Singleton was impressed enough by Brewer’s first feature, 2000’s The Poor & Hungry, to agree to finance his second, Hustle & Flow, which came out in 2005. At one point, Brewer told MovieMaker, Singleton and his fellow producers sat him down to ask for a commitment.
“They were very direct with what they wanted me to do going forward,” Brewer says on the latest MovieMaker podcast. “They were like, ‘We’re giving you a big opportunity, Craig, we believe in you. But you need to promise us that on the rest of your movies… you better hire some Black people.’ I mean, they were very, very direct, like back in 2004, about my opportunity that they gave to me and what I needed to do. So it’s always been a part of my movies.”
Also Read: Coming 2 America Director Craig Brewer Knows Exactly How You Feel
Brewer was more than happy to follow through. Some of his best-known projects — from Hustle & Flow to Dolemite Is My Name to Coming 2 America 2 — feature predominantly African-American casts. And he thinks a lot about his responsibilities as a white director presenting Black culture, including in Coming 2 America.
“The best thing that I’ve come to learn with filming with themes and with culture, specifically African-American culture, is you’ve just got to be OK with just being in service to it and empowering as many artists around you as you can to let them do their thing. And that can go from Eddie Murphy and Arsenio Hall, and creating a set environment that lets them bring their artistry out, or to, basically, when Academy Award-winning Ruth Carter comes out with costume designs and says, ‘What do you think about this?’ — She’s incredibly collaborative, but you know what? My job is to say, ‘Miss Ruth, I’m just going to be right over here and make sure they give you all the money that you need to do what you’ve got to do.’”
Singleton, whose work also included Poetic Justice, Baby Boy, 2000’s Shaft, 2 Fast 2 Furious, and the TV series Snowfall, died in 2019 at only 51, after suffering a stroke. But his legacy lives on.
Coming 2 America was filmed partly at Atlanta’s Tyler Perry Studios, where Perry has named sound stages after Black filmmakers who came before him. Coming 2 America shot on its last day on the sound stage named for Singleton.
“And it was particularly special,” Brewer says, “because we were making Coming 2 America, and everyone that came to it felt this bond through their love of the movie, regardless of race.”
Main image, above: Craig Brewer and John Singleton at a 2005 screening of Hustle & Flow at the MGM Screening Room in New York City on June 27, 2005. Courtesy of Shutterstock.

David Shields Wrote the Book on Interviews. Nick Toti Made the Movie
Should You Move to Mississippi?