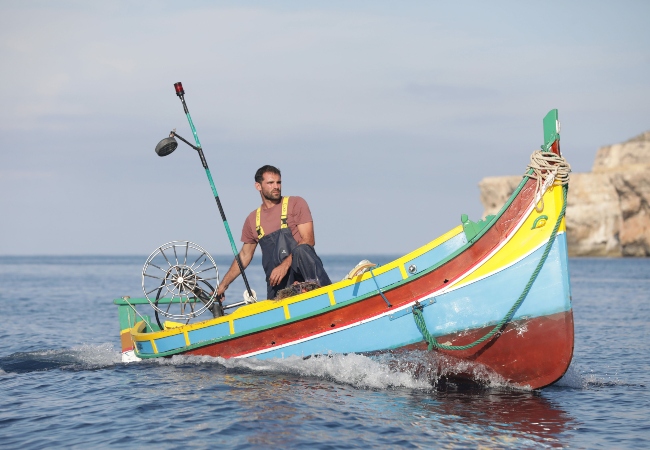 You’ve probably seen Malta in a big-budget Hollywood film and not realized it. The country, an archipelago positioned in the Meditteranean sea between the coasts of Sicily and North Africa, has lent its scenery to films like Gladiator, Troy, and By the Sea, among a litany of others.

But rarely does the storyline of a movie filmed in Malta concern the Maltese people. Alex Camilleri, a filmmaker with Maltese heritage who grew up visiting the country every year with his parents, is changing that. Both the writer and director, Luzzu is his feature directorial debut — the story follows a Maltese fisherman struggling with a choice between honoring the traditional ways of fishing that he grew up with, or taking a chance on something new in an effort to better support his newborn son.

“I always wanted to make films in Malta,” Camilleri told MovieMaker. “It just seemed like there were so many stories that needed to be told here, especially because so very few Maltese films have ever been made… I just wanted to see a story about the Maltese people told with this kind of sensitivity.”

For those who aren’t familiar, a “luzzu” is a traditional Maltese fishing boat painted in bright colors, featuring pair of eyes on the bow meant to protect the fisherman at sea. As for why there is so little native Maltese cinema in a country that is so ripe for filming, Camilleri says it’s a question that often makes people scratch their heads.

“There [are] people who are literally writing theses on this. It’s perplexed people for a very long time,” he said. “On the most basic level, Malta is small. It’s a population of under half a million. And it’s a country with its own language, but many, many people speak English and many, many people speak Italian, so they never had to develop really their own native language content because [they’ve] got Hollywood movies and British movies in English [and] you’ve got great Italian television… if there’s no real market need, how do you get it going? Then you add in all the other complexities like there are no film schools here. Because the market is so small, that kind of funding isn’t quite there. So how do you make the films without the money, and then, even if you have the money, where are the filmmakers?”

Also Read: No Time to Die Cinematographer Linus Sandgren on Finding the Soul of James Bond 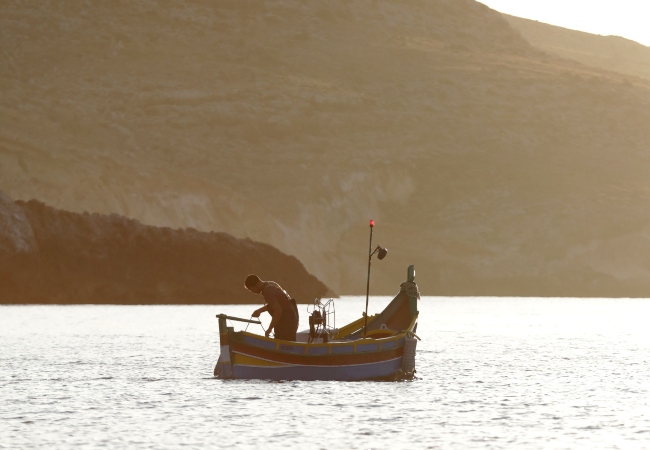 A still from Luzzu, courtesy of Kino Lorber

But Camilleri found a way to get past all of those limitations.

“That was one more opportunity for me to kind of come in and unlock it a little bit because I was educated in the states and worked for a decade in the independent scene in New York and kind of understood how to make a really scrappy production… I worked on films with even less money than we had in Malta, and yet we still found a way to make it work.”

He wanted his film Luzzu to pay homage to Malta’s history, but also to tell a timeless, widely relatable story.

“I was, of course, always interested in the world of traditional fishing in Malta, because you’re surrounded by it. The luzzu itself is iconic of the Maltese islands, and yet, even though it’s always around us here… so little actually seems to be known about the fishermen,” he said. “I was connected to the fishermen that I was speaking to during my research very quickly because things that they were debating in their own families were some of the very same things that I had gone through in my own family growing up in an immigrant household. Namely, it often seems that parents have to make decisions about what part of their heritage they’ll have to let go of in order for their children to thrive in a new context.”

But instead of being in denial about traditions butting up against the modern world, Camilleri encountered a strange sort of acceptance in the local fisherman he spoke with.

“What surprised me, of course, was that there seemed to be very little sentimentality about it. They were very clear-eyed about what was happening — the way the environment was going, the burden of increasing regulation and bureaucracy, and the competitive nature with big business moving in and pushing the small guys out. So these fishermen were looking for any way to get their children out of the trade,” he said. “I’ve heard hear them say, ‘I don’t want my son to become a fisherman. And even though they were saying it with a kind of steeliness and a reserve, you could tell that just beneath the surface there was such heartbreak.'”

The film’s lead, Jesmark Scicluna, is himself is native Maltese fisherman, much like the character he plays. A first-time actor, he won the Sundance World Cinema Dramatic Special Jury Award for acting. Camilleri found him on his second to last day of scouting.

“The gods of cinema were looking after me,” he joked. “I looked for months. It very hard task to find fishermen, especially younger guys, because the character is between 25 and 40 years old and most fishermen today in Malta are well over 50 because it’s a profession in which the people are aging out. So we look for months, we weren’t finding who we needed. It was really frustrating. Literally on my last day before flying back to New York… we found Jesmark and David, the other fishermen in the film. We found them at the same time. In real life, they’re cousins and so they work together and they keep their boats in the same place.”

Luzzu opens in theaters and digital on Oct. 15. Watch the trailer here.