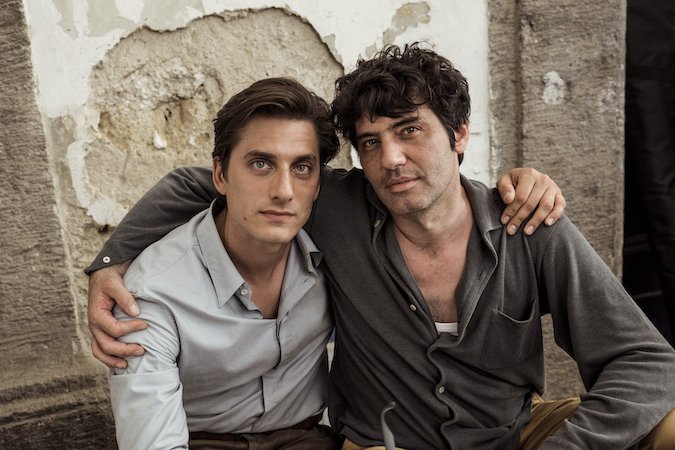 Martin Eden was shot on film and not digital — was there a heightened pressure to get it right in fewer takes?

Pietro Marcello: Let’s say that with Martin Eden I learned a lot of things. I made mistakes as well, obviously, but I do believe that self-criticism is fundamental to grow, improve, to become a better director.

Regarding my choice of shooting this on film, I have always shot on film and when I didn’t have the money to purchase new film, I would use film that had expired. I love film, I also develop the film myself, as I am interested in the chemical aspects of it. Film is linked to another time. I am not opposed to shooting on digital, but I believe that there is a relationship between cinema and painting, and a deeper glance into picturesque cinema.

I wanted to shoot the film in 35mm, but we couldn’t afford it. So, we shot it in 16mm, which was way lighter. Overall, I think that it was my experience on documentaries that was useful in the production of this film, because I am used to shooting docs, I am used to glitches.

Luca Marinelli: It was beautiful for me even though I am not that much of an expert on the differences. The first movie I made [The Solitude of Prime Numbers by Saverio Costanzo] was shot on film and then after that I haven’t done anything else on film because digital came along. This film has been, in many ways, sort of a return to my roots — shooting in film and acting again with Carlo Cecchi. It has been a way to rediscover things with which I had started with and this was amazing! 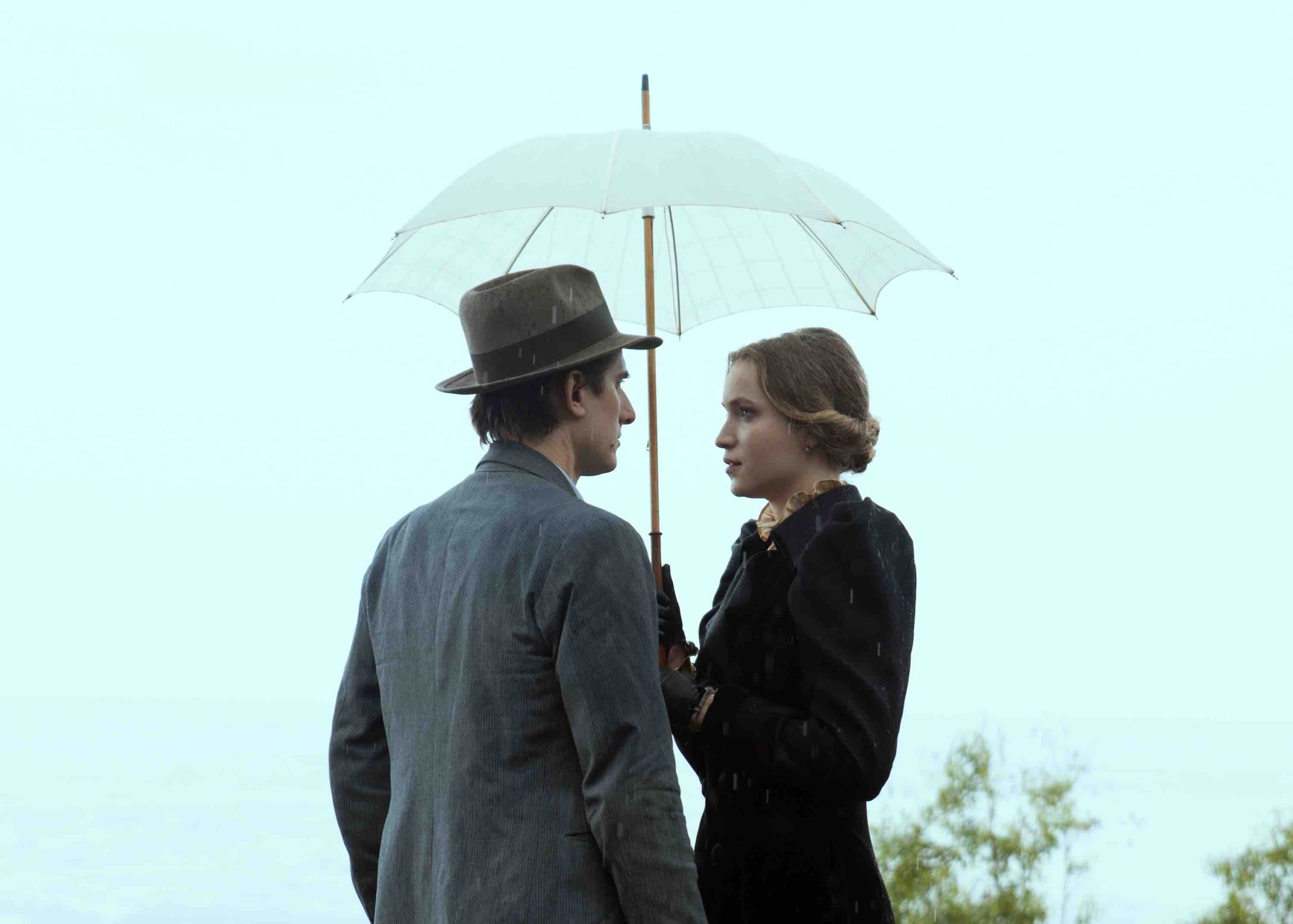 Luca Marinelli as Martin Eden and Jessica Cressy as Elena

Tell me more about it, as an actor, what is the difference you notice between film and digital?

Marnielli: First of all, the camera makes a noise when you use film, which is something beautiful. The more the camera gets closer to you, the more you can hear it. It kind of feels like a creature that is approaching — it is really beautiful. Also, when you hear something that is rolling you also know that it can end. You don’t know that when you shoot on digital, and usually digital cameras can shoot for a much longer time. … And then, just like Pietro says, this does not mean that I am against digital at all.

Marcello: We also have a souvenir because the first audition—the only audition that Luca did — we shot it on film. It is a film that I then developed by myself because I have this dark- room and all the machinery. It is 30 meters of film of Luca on a balcony. And then I also made pictures of this with frames of it.

Marinelli: We had an agreement from the beginning. I told Pietro that it would have been amazing to rehearse the whole movie first, as if it were a theater piece. Pietro took my advice and rented a theater and we rehearsed every scene with my character and every scene of every character of the movie. I remember Pietro going from movie director to theater director, sitting in the first rows, coming on stage, going back to his seat… suddenly, it had become a theatrical production of Martin Eden. It was beautiful! It really helped us move through the film. Then of course, going from there to shooting the actual film was
like entering into another world. Rehearsing it before gave us the right balance of strength to walk into the film.

Did either of your usual working processes shift on this movie compared to previous films?

Marinelli: The great thing about working with Pietro is the unexpected improvisation. Pietro and I would have ended up being sorry if that didn’t happen. We both liked it when the unexpected happened. That particular something we needed to try and fix, something we didn’t plan or expect. I trusted him and we would run towards the unexpected. This was beautiful.

Marcello: I firmly believe that Ermanno Olmi has been such a great director because he came from the world of documentaries as well, and he had built his foundation on documentaries, and he was director of photography, as well as a producer. The process allows one the possibility of turning a set upside down, because I love flawed films. The important thing is that the film has soul. I do not believe in films that are built on paper. This most likely also comes from the Italian and European tradition of doing a certain type of movie. 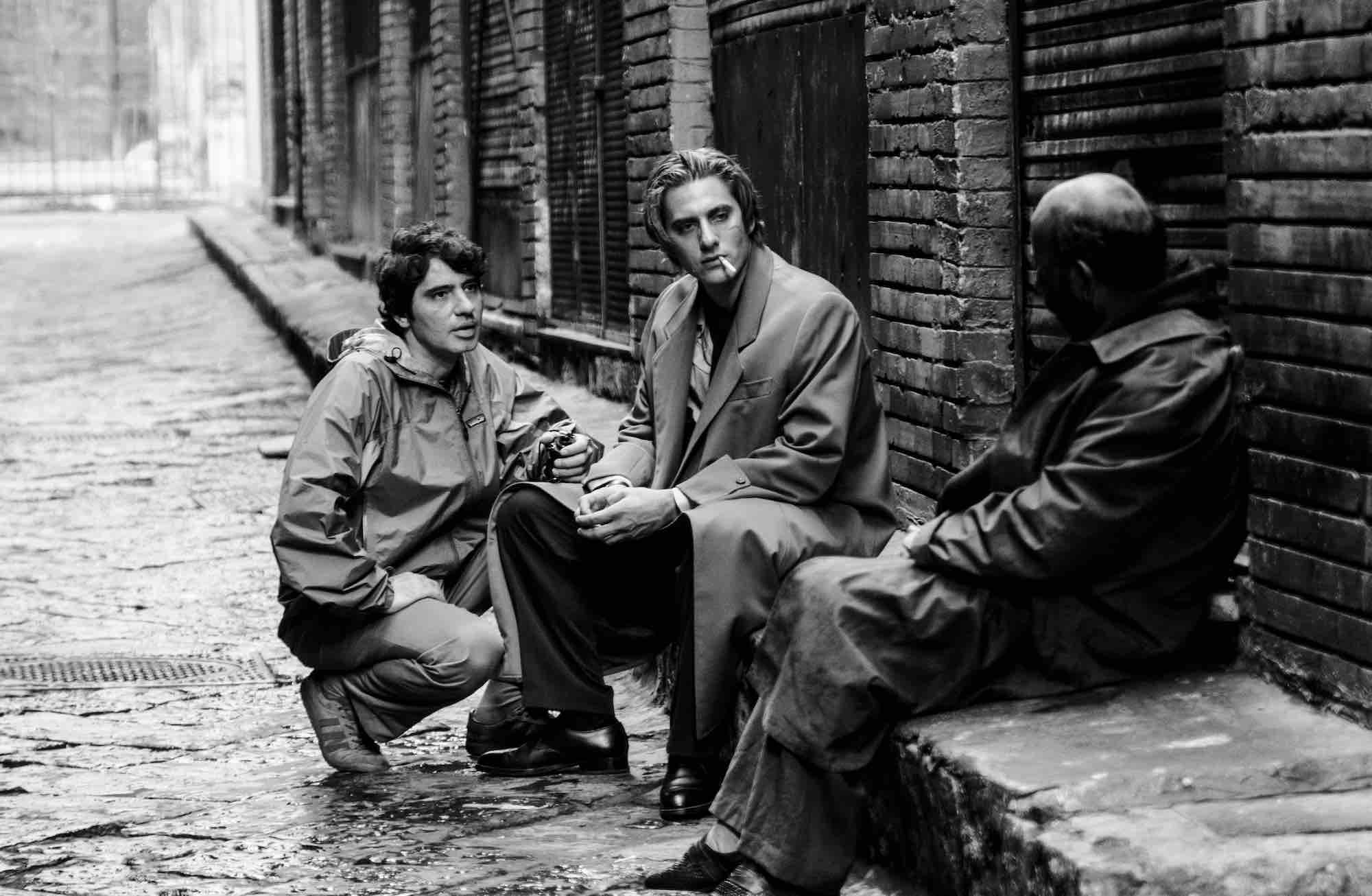 What surprised you about working together and collaborating on Martin Eden?

Marcello: First of all, I remember that our first set was really extreme. With Luca deep in cow manure, it was a field day for everyone. The crew got scared and said, “If this is how the shooting starts, we don’t want to imagine how it’s going to end!” I can say that, from the very beginning, Luca has always been my first ally. For me, my hero was him, my relationship with him was important and as long as we were bringing this forward, the movie would move forward.

Also read: Aaron Sorkin Had One Rule For The Trial of the Chicago 7

What were your favorite moments working together?

Marinelli: It might seem that we always talk about the two of us and that we made the film by ourselves. Truthfully, it was a beautiful experience because it was a shared work, with everyone. I remember getting ready for the film as a great collective mo- ment. But there is no doubt, the wonderful things that helped me get into the film. There were the long walks Pietro and I took together through the arches, talking, sitting, eating fried pizza and just being in Naples made us fall in love with everything.

Marcello: First of all, Luca and I have fun. We spend time together and I have to say it’s not even the typical director-actor relationship. We have always had fun together, making jokes, playing, kidding around. Even now when we talk over the phone, we have fun, just like when we were on set. Surely, even the moments when we were not on set, we would walk around Naples early in the morning to eat or we would go to the market, and we were living life in an epicurean way. In making this movie and spending time together, for me what counts is having a human approach with the person in front of you. I agree with something Jean Renoir used to say about how special it is to make cinema amongst friends, a movie amongst people you love.