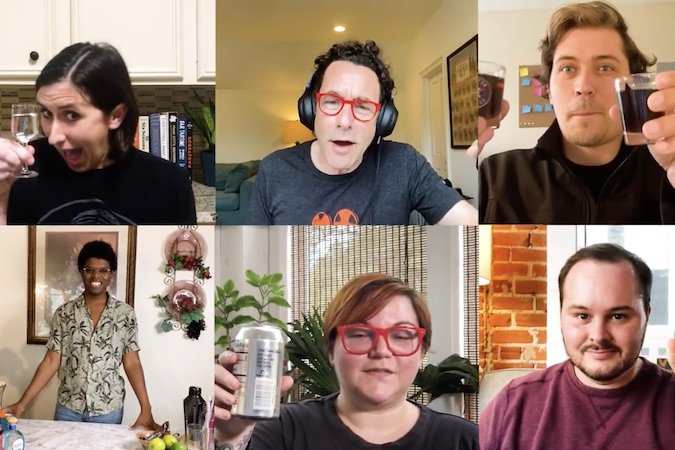 The Louisiana Film Prize Foundation, which hands out a $50,000 prize to a rising filmmaker almost every year, is staying in touch with filmmakers during the COVID-19 quarantine through its brand-new video series, PrizeCast.

Every weekday, the foundation will air a new episode on its Facebook page and YouTube channel at noon CT. The episodes feature the Prize Foundation’s filmmakers, chefs, mentor judges and musicians, as well as special guests. Here’s the pilot:

The episodes are hosted by the good people you see above (clockwise from left): Melissa Brannan, Gregory Kallenberg, Colby Doler, Chris Lyon, Kris Holland and Steven Knight. The pilot above features a fun discussion of quarantine cocktails, as well as how introverts and extroverts are handling our current situation.

As the foundation’s website explains, “The Louisiana Film Prize is a short narrative film contest with one rule: You have to shoot your film in the Northwest Louisiana area. That’s it.”

“These are crazy, crazy times, so thought we’d try to brighten everyone’s day with PrizeCast which, hopefully, puts Shreveport  and all the good that’s been created here under a bright spotlight,” said Kallenberg, executive director of the Prize Foundation. “Our hope is that PrizeCast will do its part to help entertain folks a little as we go through this health crisis and, hopefully, get Prize Nation into the right mindset for when we are able to celebrate together again.”