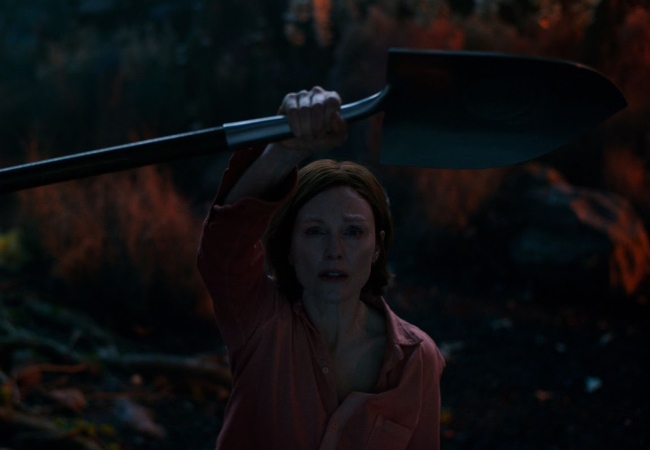 Moral of the story: Watch out for giant monsters made of a thousand screaming corpses.

Just kidding! Well, kind of. The eighth and final episode of J.J Abrams and Stephen King’s Lisey’s Story became available to stream Friday on Apple TV+, and if you’re looking for a breakdown of what that ending meant, you’ve come to the right place.

Some lingering questions you may have: What happened to Scott when he disappeared into the pool? Why does the Long Boy spare Lisey? Why did Scott kill his father? Is Boo’ya Moon real?

To recap, some of the highlights of the episode include Dooley (Dane DeHaan) getting killed, or rather absorbed, by the Long Boy, which is the name Scott (Clive Owen) gave to the monster that stalks the magical in-between land of Boo’ya Moon (which may or may not be imaginary depending on your perspective). The Long Boy is, you guessed it, made of the writhing, screaming bodies of the countless souls who have fallen prey to it. Maybe calling these bodies “corpses” isn’t exactly accurate because they’re not fully dead, but they certainly won’t be making it home in time for dinner, if you know what I mean.

It seems that Dooley is doomed to be a part of the Long Boy forever. The Long Boy itself is the entity that controls its victims, and it appears to be sentient in that it has the ability to grant mercy to those who deserve it — hence the scene when Lisey (Julianne Moore) offers it the shovel and asks that it let her pass so she can see Scott one more time.

The Long Boy does indeed let Lisey pass by it unharmed, and she goes down to the water’s edge to have one last word with Scott before he disappears into the healing waters of the pool. I took this to mean that he was moving on into the afterlife, ready to stop living as a shrouded one and finally let go of what happened to his father, Andrew (Michael Pitt), and his brother, Paul (Clark Furlong).

In this episode, Amanda (Joan Allen) also explains to Lisey what exactly the shrouded ones are — they’re people who have died, but because of whatever unfinished business they have, they choose not to move on yet. Lisey appeared to be worried that Scott would stay a shrouded one forever, but after she finished his Bool Hunt (a treasure hunt game he and his brother played as children) and tells her the story of killing his father as a little boy, he tells her he’s been set free.

It seems like he’s finally able to forgive himself, even though he was just a child following his father’s orders.

As for why little Scott agreed to do such a heinous act, it seems like he was so brainwashed by his father’s delusions that his obedience knew no limits. It may be that a part of him was glad to be free of his father’s abuse, and that he may have felt his father got what he deserved for torturing and killing his brother, Paul.

The final scene in the series is Lisey walking away from the pool in her backyard, finally at peace with Scott’s death and ready to face life without him. The camera zooms in on the reflection in the pool’s murky waters, which could be taken as a hint that Boo’ya Moon will always be there for those that know how to find it. As for whether it’s a real place or just in Scott and Lisey’s imagination, that’s up to you to decide.

All eight episodes of Lisey’s Story are now streaming on Apple TV+.