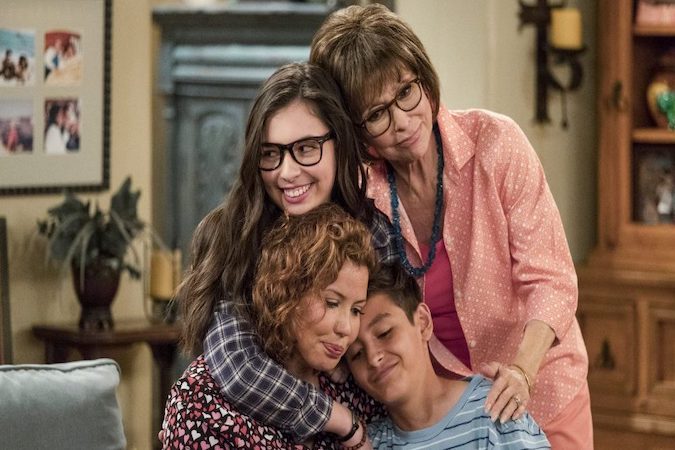 The 2020 Emmy Award nominations include a record number of nominations for Black actors — but have drawn complaints about Latinx exclusion.

Variety notes that more than one-third of the acting nominees this year are Black. But only two actors of Latin descent were nominated: Karamo Brown, who is Jamaican and Cuban, and was nominated for hosting Queer Eye, and Alexis Bledel, who is Argentine and Mexican and was nominated for Outstanding Guest in a Drama Series.

“What the Hell Do Latinx Actors and Shows Have to Do to Get an Emmy?” asked entertainment reporter Laura Bradley in a Daily Beast article.

“It’s almost as if networks and streamers are doing the minimum to check off their diversity efforts but don’t really believe in these stories enough to invest in their success,” Entertainment Weekly writer Rosy Cordero wrote in an opinion piece last week, highlighting the Latinx stars she says deserve recognition.

Their sentiments were also expressed Friday in a panel hosted by the National Hispanic Media Coalition.

Participants critiqued the omission of Rita Moreno for her striking performance on One Day at a Time, spanning four seasons. The 88-year-old industry veteran has received six nominations and two Emmy Awards, all of which occurred before 1983, and is the only Latina to have won an Oscar in 1961.

“There’s so many wonderful performances that were ignored, starting with Rita,” actress Lisa Vidal said, “That feeling of exclusion is what’s blatantly disrespectful to our community of people and artists.”

Actor Johnathan Fernandez said that the industry is a subsystem of white supremacy, and “the way award systems work is just not built for recognizing good work.” Fernandez said racism has resulted in diverse shows often not being presented to industry leaders in a meaningful way.

Dr. Ana-Christina Ramón, director of Research & Civic Engagement for UCLA’s Social Sciences Division and the co-author of the annual UCLA Hollywood Diversity study, said the increase in submissions from streaming platforms influences the number of nominations. Given that Latinx shows account for few of the total programs and streaming has increased the number of shows seeking nominations, Ramón said Latinx representation in Emmy nominations is an “uphill battle.”

“If we’re already being so underrepresented, then it’s gonna be difficult to compete when they get over 300 submissions,” Ramón said. “If our increases in representations are incremental, the percentage of our representation might stay the same.”

Comedian Aida Rodriguez attributed the lack of Latinx representation in writers rooms to the mistelling of Latinx stories that often feed tropes and stereotypes, resulting in the simplification and dehumanization of Latinx people.

“The images that you have about us inform how people treat us in the world,” Rodriguez said.

Growing as a young actor in a time when there was “no indication there was anything being done for the Latinx community,” actor Edward James Olmos learned quickly that he had to take representation into his own hands, producing The Ballad of Gregorio Cortez.

Vida star Ser Anzoategui, who is nonbinary and uses the pronouns they/them, says they grew up thinking “queerness wasn’t meant for brown kids.” Anzoategui shared their complex and layered experienced with awards shows as a nonbinary Latinx actor, saying that gendered categories perpetuate mistreatment towards transgender people on and off screen.“There is no category for me,” Anzoategui said.

Anzoategui wrote in a 2019 Los Angeles Times op-ed that they sought a 2019 Emmy nomination in the supporting actor category because the term “actor” is inclusive. Anzoategui urged other award shows to follow the example of the MTV Movie and Television Awards’ gender neutral categories: “To place me in the actress category is to make me invisible.”