Knives Out Cashes In; Ryan Coogler Says No Thanks; Sound of Metal's Breakout Star 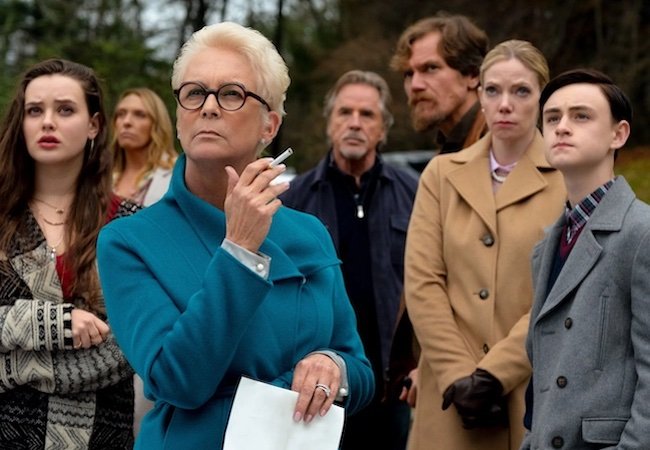 In today’s Movie News Rundown: Knives Out sequels carve out a fortune; Ryan Coogler takes a pass; Sound of Metal breakout star Paul Raci would like to thank his wife/agent.
But First: Paddington nails it with this April Fools tweet.

Also: Everything that follows is true.
Free Sounds: If you need atmospheric audio for your short film, commercial, podcast, or whatever, the non-profit Dublab is making this wide selection of gorgeous sounds available for $8. You’ll be hearing some of them on future MovieMaker podcasts.
Lockdown: I did not know prior to reading this story that Queen Elizabeth II and her sister Margaret spent five years in lockdown at Windsor Castle during the World War II bombing raids. The new Netflix doc Elizabeth and Margaret: Love and Loyalty is full of such fascinating stories, many of which didn’t make their way into The Crown.
Knives Out 2 and 3: Netflix has paid more than $400 million for two Knives Out sequels that will reunite writer-director Rian Johnson and star Daniel Craig, Deadline reports, noting that it is “one of the biggest streamer movie deals in history.” The very fun 2019 original, which also got lots of help from Ana de Armas, Chris Evans and Jamie Lee Curtis, among others, earned more than $311 million on a $40 million budget.
‘I’m Not Going to Close It Until You’re a Star, Paul’: Paul Raci, nominated for Best Supporting Actor for his stellar work in Sound of Metal, tells the New York Times he got the part after his wife, who is also his agent, insisted that the casting office find and watch his tape. “Listen, she’s been a small-time agent here for over 20 years, trying to compete with CAA and ICM. She has a boutique agency and she said, ‘I’m not going to close it until you’re a star, Paul,'” Raci recalls.
Not Named in the Times‘ Article: Is his agent and wife, Liz Hanley Raci. Her agency is BiCoastal Talent.
No Thank You: Black Panther director Ryan Coogler says he passed on an invitation to join the Academy of Motion Picture Arts and Sciences. “I don’t buy into this versus that, or ‘this movie wasn’t good enough to make this list,'” Coogler tells The Hollywood Reporter. “I love movies. … For me, that’s good enough. If I’m going to be a part of organizations, they’re going to be labor unions, where we’re figuring out how to take care of each other’s families and health insurance. But I know that these things bring exposure.” Coogler, Charles King and director Shaka King are the first all-Black producing team to be nominated for Best Picture in 93 years of Oscars, for the film Judas and the Black Messiah.
Knives Out Revisited: Wanted to reshare this wonderful video Micah Khan made on how Knives Out visually tells a story, using framing, blocking, and of course knives.

David Fincher Q&A; What to Do About Georgia; Zola Trailer
New Jersey vs. Georgia; Gods Is Dead; Yeun & Peele