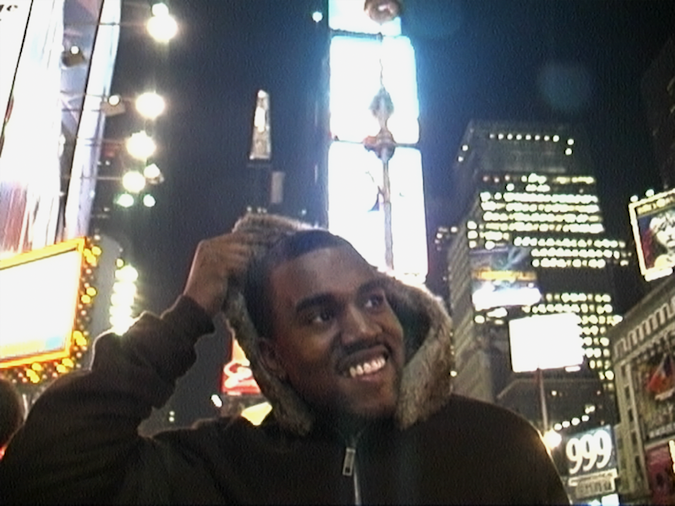 A two-decades-in-the-making doc series on Kanye West gets a teaser ahead of its Sundance premiere; Ethan Hawke is directing a doc on Paul Newman and Martin Scorsese is producing; Wes Anderson is adapting Roald Dahl for the second time; A plea to end “But is it necessary?” arguments about art. All in today’s Movie News Run Down.

Ethan Hawke: Is a movie star, novelist, MovieMaker cover subject, and director. He is also a documentarian with a forthcoming CNN+ film on legendary Hollywood couple Paul Newman and Joanne Woodward coming later this year. The Last Movie Stars is executive produced by Martin Scorsese and Margeaux Sippell has the full report for MovieMaker.

A Surplus of Movies: One aspect of the pandemic to which I’m still adjusting, is that movie delays led to a unique situation where many moviemakers are wrapping new projects at the same time their current films are premiering at festivals or in theaters. Wes Anderson was in Spain filming Asteroid City when he sent in an iPhone video to virtually introduce The French Dispatch at the Telluride Film Festival in Fall 2021. And now with that star-studded affair wrapped, Variety reports Anderson’s next next film is already set at Netflix.

The Wonderful Story of Henry Sugar: Is a 1977 story collection by beloved children’s author Roald Dahl. Anderson previously adapted Dahl with his stop-animation classic Fantastic Mr. Fox — which, for my money, is his second best film behind Rushmore. Henry Sugar has Benedict Cumberbatch, Ralph Fiennes, Dev Patel and Ben Kingsley set to star. Fiennes starred in The Grand Budapest Hotel, but those others have never worked with Anderson before.

Just the Beginning: “News of the project follows the streamer’s acquisition of the Roald Dahl Story Company in September 2021, when plans were announced for the development of an extensive universe of animated and live-action film and television projects,” Variety adds. This also includes a Charlie and the Chocolate Factory series from Taika Waititi (Jojo Rabbit, Thor: Ragnarok).

While We’re Talking Big Streamer: Netflix is also in the process of reimagining Gareth Evans’ cult action-classic The Raid. The reboot of the 2011 Indonesian martial arts film will take place “in Philadelphia’s drug-infested ‘Badlands,’ where an elite undercover DEA task force climbs a ladder of cartel informants to catch an elusive kingpin,” Deadline reports. Evans is on board as a producer along with Michael Bay. Set to direct is Patrick Hughes, who also has action-comedy The Man From Toronto with Kevin Hart and Woody Harrelson coming later this year.

A Quick Word: On the “Does this advance the plot?” or “Is this necessary?” argument when grappling with uncomfortable scenes in a story — there are movies (and novels, etc.) where the narrative is intentionally wound tightly, with nary a word out of place or a shot wasted. This strategy is effective in thrillers, where the white-knuckle audience experience is aided by a bare-bones “just the facts” approach. And then there are meandering shaggy stories that benefit from the opposite approach. It can be equally exhilarating to follow a character (or characters) as they wander through the story, unsure — like the viewer — what lay in store for them. Not all story threads can withstand “Is this scene necessary?” or “Does it advance the plot here?” scrutiny, nor should they.

Take For Instance: Hemingway’s writing would be boring if that’s all we had to read or were allowed to like. In my opinion, a small part of Hemingway’s appeal is that you can also read postmodern literature from other authors with passages that take great joy in wordsmithery. You can have both! So if you wish to criticize a scene in a story that makes you uncomfortable, because characters might behave in a way that is not quite up to your 21st century standard of what constitutes appropriate behavior, I encourage you to search for a better argument than the lazy “I just found it completely unnecessary.” You’re watching a movie for crying out loud — it’s all unnecessary!

And Now: We return to our regularly scheduled programming.

Kanye West at Sundance (Virtually): Personally, one of my most anticipated titles coming out of the now all-virtual Sundance 2022 is Jeen-Yuhs: A Kanye Trilogy, a 21-years-in-the-making documentary series on the artist formerly known as Kanye West. A teaser for the Netflix series was released yesterday, which you can view below. If you’re someone who thinks Kanye is a creative genius, you might have goosebumps right now. And if you’re someone who doesn’t… I’m going to go ahead and say you can skip this one.

What If I Won’t Be in (Virtual) Park City? This Kanye doc series is hitting Netflix soon! On February 16, 2022.