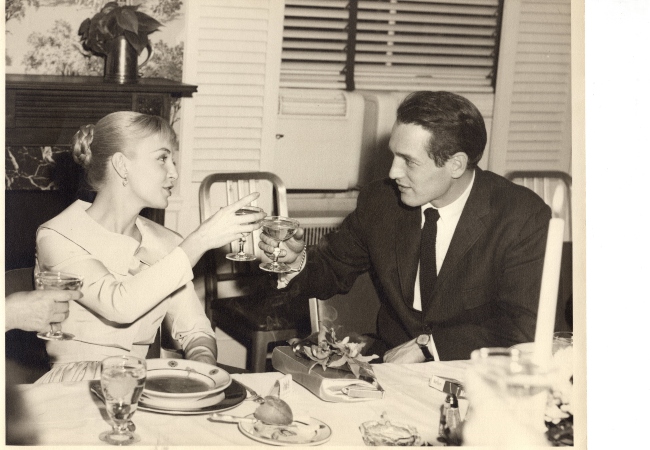 Ethan Hawke and Martin Scorsese’s documentary The Last Movie Stars, which details the beautiful love story of Paul Newman and Joanne Woodward, has landed at the forthcoming streaming service CNN+ for a premiere later this year.

Executive produced by Scorsese and directed by the First Reformed actor, the CNN Films and HBO Max documentary will be told in six chapters following the show-stopping careers and swoon-worthy romance of two of Hollywood’s greatest actors. It will be available to stream later on HBO Max following its debut on CNN+.

The idea for the project came from one of Woodward and Newman’s daughters, who approached Hawke together with Nook House Productions to direct a documentary about her parents. Hawke had previously directed the 2014 documentary feature Seymour: An Introduction about the pianist Seymour Bernstein.

“Exploring Woodward and Newman through their 50-year love affair has proven more rewarding than I could have imagined. Their work, philanthropy, and lives serve as a kind of North Star, illuminating what a substantive, meaningful life can look like,” Hawke said.

An important piece of The Last Movie Stars is a long-abandoned project that the late Newman commissioned from his friend and screenwriter Stewart Stern, who interviewed Newman, Woodward, Elia Kazan, Sidney Lumet, Karl Malden, Sidney Pollack, Gore Vidal, and Jacqueline Witte for a planned memoir, according to CNN Films. Among the topics Stern covered with Newman were his youth, his first marriage, his romance and life with Woodward, his personal demons, and the loss of his son, Scott.

To put the film together, which will consist of six chapters of varying lengths, Hawke used archival interviews with Woodward and Newman and used voice segments of original transcribed interviews for The Last Movie Stars by actors including Karen Allen, George Clooney, Oscar Isaac, LaTanya Richardson Jackson, Zoe Kazan, Laura Linney, and Sam Rockwell. The film also features interviews with Newman’s daughters, as well as interviews with Sally Field, Melanie Griffith, and Scorsese.

“Ethan’s brilliant vision illuminates what fascinates us about Joanne Woodward and Paul Newman in a film worthy of their talents and passions,” said Amy Entelis, executive vice president for talent and content development for CNN Worldwide. “We look forward to sharing this unique, multi-chapter story with CNN+ subscribers.”

Entelis and Courtney Sexton, senior vice president for CNN Films, are also both executive producers for The Last Movie Stars. Mario Andretti served as a co-producer, with other producers including Emily Wachtel and Lisa Long Adler of Nook House Productions, Ryan Hawke of Under the Influence Productions, and Adam Gibbs. Hamilton Leithauser is creating an original score for the film.

CNN+ has not yet set a hard launch date but is set to debut later this year.