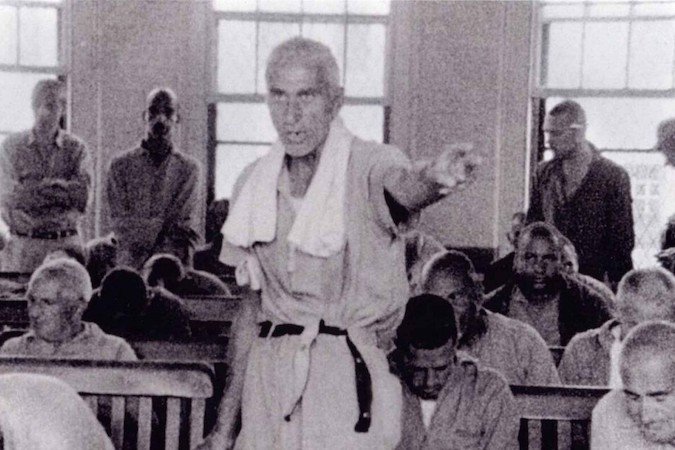 You might already have Amazon Prime Video, Netflix, and HBO Max, but there is yet another streaming service — and this one is free. If you aren’t already a fan, allow Moviemaker to introduce you to a world cinema platform with a catalog of just under 20,000 films.

In many ways Kanopy is like any other streaming service. Available on most devices (including Amazon Fire TV, Roku, and Apple TV) and easily navigable, the site has a simple interface similar to that of Netflix, Hulu, or Amazon.

The crucial difference with Kanopy is its partnership with colleges, universities, and public libraries. If you have a public library card – or can get one — or if you attend a college or university partnered with Kanopy, you can access the platform. From there you can watch everything from classics like The Battle of Algiers or Fellini’s 8 1/2 to more contemporary hits like Moonlight, Lady Bird, or We Need to Talk About Kevin. Here’s how it works.

That depends on where you live, or what university you attend. Many public libraries, (especially those in densely populated cities) and universities have partnered with Kanopy. The site is offered to members of the Washington D.C., Seattle, and Los Angeles.

Library cards aren’t a bad thing for any cinephile to have — most public libraries offer member access to DVDs and Blu-Rays as well.

Signing in with your college email is quick and easy — simply visit Kanopy’s site and search for your college to see if you have access. NYU, Duke, and Stanford are but a few schools who offer access. Variety reported last year “that more than 50 million public library users and more than 3,000 college and university libraries across the U.S., Canada, Australia and the U.K.” have access to the service.

How Much Does it Cost?

In the 12 years since its creation, Kanopy has carved out an interesting pocket for itself in the streaming world. Instead of generating revenue through a subscription model, it charges colleges, universities, and libraries for each play of any film or TV series on the platform. The cost to you is nothing — except through your tax dollars or tuition fees.

Some libraries — most notably the Los Angeles Public Library — place a limit on the number of streams per month at nine. Last summer, New York City public libraries unfortunately dropped Kanopy entirely, blaming the unsustainability of a pay-per-stream model.

What Movies are on Kanopy?

Perhaps the most unique aspect of the site is the user’s ability to customize a library. Members can request that the institution linked to their account purchase access to films not currently available on the platform.

Also Read: The Best Postscripts in Cinema: From Do the Right Thing to Barry Lyndon, 5 Films That Do the Epilogue Right

As of today, Kanopy boasts an array of indie films and foreign films. It offers a majority of the films from the catalogues of indie distributors A24, Factory 25, Kino Lorber, and Grasshopper. There is an entire Criterion section loaded with a selection of films from the canon.

Users can also stream every film by documentary icons Frederick Wiseman and Ken Burns. This includes Wiseman’s 1969 film Law & Order: An Examination of Police Practices and Behavior, an especially timely doc to revisit in 2020.

Should you want anything else, you need only to field a request to your library or school, and Kanopy might just be able to oblige.

Kanopy is available online, and on the app store.