Kane Guglielmi Sold His House to Make Cooped Up. Now It’s the Most Timely Film of the Year 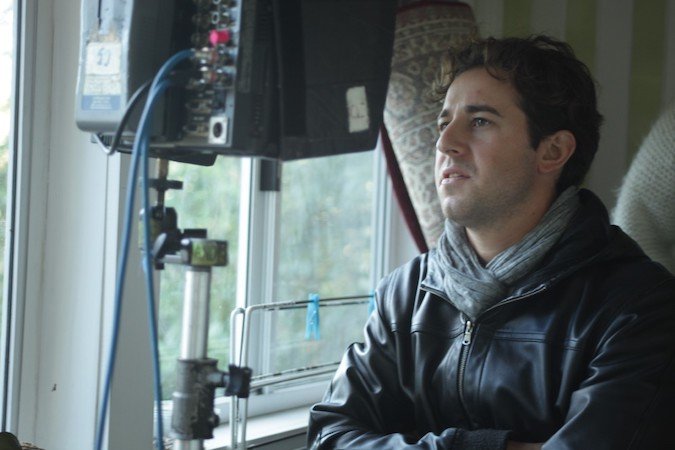 Kane Guglielmi is the director of the Australian romantic comedy Cooped Up, about a man quarantined by a coronavirus long before COVID-19. In this piece, Guglielmi talks about selling his home to make a film about a man stuck at home. Crackle just bought the film, and it will air in the U.S. starting Thursday.

In an extremely difficult point in time where the world is literally cooped up, the term “life imitating art” has perhaps never felt so real. Cooped Up originated out of two simple ingredients: frustration, and a low budget.

Like most filmmakers, writer John Ratchford and I spent many years working together, developing projects that kept hitting roadblocks. After one-too-many disappointments, I was ready to give up. It seemed the fate of my future was in the hands of others, and that bothered me. After months of depression, an eventual pep-talk from my wife and a close friend led me to a life-changing decision.

Also Read: Raising Buchanan Director Asks: What Happens When the Worst President Ever Has Competition?

It’s important to note that I’ve never been the type who generally “goes with the flow,” so to speak. If there’s a normal way of doing something, it’s apparent I often do the opposite. Not intentionall — I guess it’s just how I’m wired. This George Costanza-like mentality of doing the opposite is no magic formula. I’ve yet to decide if it’s a curse.

In 2016, my wife and I decided to take the biggest risk of our lives. We sold our house, car and motorcycle to fund a dream. Our finances limited us to the following parameters: one location, a handful of actors, one camera, and ten days. 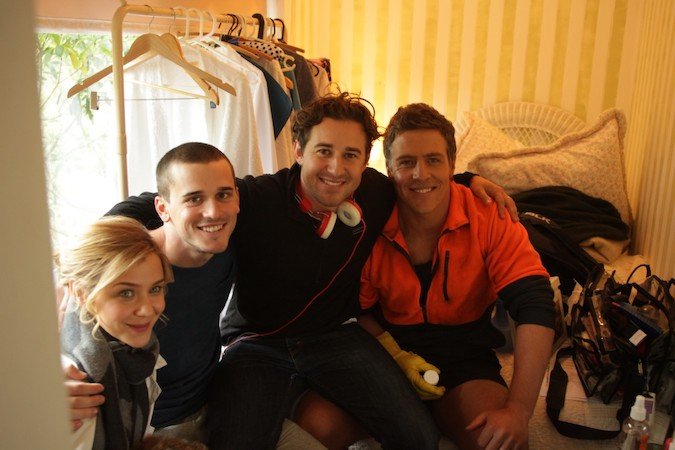 After bouncing around a few ideas with John Ratchford, the one that stuck was about a guy isolated in home quarantine due to coronavirus exposure. John came across this concept through his workplace at the time, and brought it to my attention. I thought it was really bizarre, but very interesting. Our goal was to produce something that was contained, but truly original. Perhaps something ahead of its time.

My wife and I had only months earlier bought what we envisaged as our “dream house.” We had plans to renovate it while we awaited the arrival of our first child. What happened next led to a roller coaster of events. While John was writing, I played carpenter by day, and developed the script by night. The screenplay came together within a few months. The renovations lasted a seemingly endless year.

In 2011, I directed the Australian series Home & Away, which starred, among many other great talents, Charles Cottier. I was 23 at the time, but even so, I knew this guy had something special. He was witty, charismatic, and had apparently endless range as a performer.

Fast-forward five years later, and Charles was the only person I ever considered for the lead role of Jake, the lead character in the new project.

We produced Cooped Up in ten ten-hour days. It was shot in a quirky house right next door to the very home I sold to finance the film. You can imagine how strange it was, arriving on set each day, looking at this beautiful home, knowing I’d traded it in for serving breakfast to the cast and crew while preparing my notes for the day.

No production is smooth-sailing, and we certainly hit a few bumps along the way. I was blessed with a great crew, especially my cinematographer, Andre Deubel. I tend to go overboard with prep, but in a situation where you only have 10 days to shoot a feature, there’s no room for mistakes. I experimented with a technique that created the impression of more coverage than we had in any given scene, and it worked out really well. To pull it off, you need to plan well, with the final cut crystal-clear in your mind. We didn’t have the luxury of multiple cameras, or time for six or more setups for an average scene. We did the best we could with what we had.

Despite the list of credits in the post-production department of Cooped Up, the truth is I did 100% of the post-production work alone. From picture cut, to dialogue editing, foley, music, mixing, and the final grade all the way through to final DCP delivery. I did all those things out of necessity, because we simply ran out of money.

During post, I wrote a journal, which I’ve never shared with anyone before. We as a family went through a lot of struggles off the back of producing this film. We neared bankruptcy, had to move house eight times, and I was out knocking on doors trying to get a job (with no success).

A week prior to the release of the film, I wrote this journal entry:

“I’m depressed and incredibly disappointed. I’ve been trying to stay positive. Steve Peacocke always talks about it being a ‘distance run, not a sprint.’ I have this mortgage looming over me, and no income to meet my repayments. Short of a miracle, I don’t know what else to do. Maybe a career change. If anyone ever reads this – take my advice and do what your parents say. Don’t bail out of high school. Go and get a normal job. I can’t imagine I’ll have much to write about anytime soon.”

A week later, after witnessing a theater full of laughter at the premiere, the same network executives who turned me down months earlier changed their minds. We received strong press support across Australia and the film went on to do extremely well, both financially and critically. Four years later, to finally be able to release this film across the U.S. as a CRACKLE ORIGINAL proves that miracles do happen, and that persistence is everything. And while it’s certainly not a nice period of time to be celebrating good news, I am grateful that after everything, this film finally found an audience.

Cooped Up, directed by Kane Guglielmi, will air on Crackle starting Thursday.