Kami Sadraei Used to Watch Movies Smuggled in a Suitcase, But He Just Shot His Directorial Debut With Eric Roberts 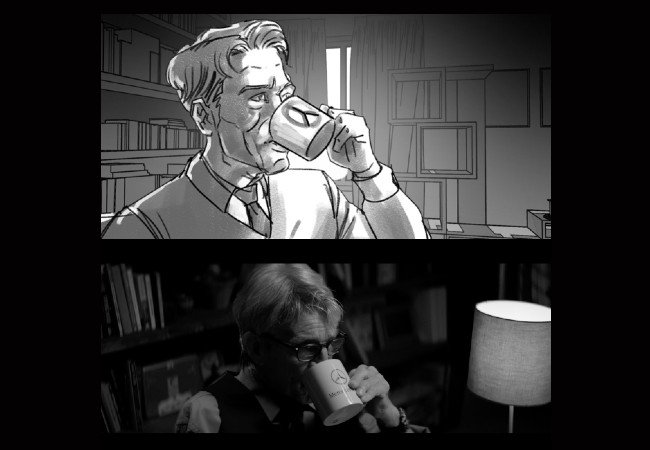 In Tehran in the 1990s, there was a suitcase-carrying, suit-wearing gentleman known simply as the movie guy. He hand-delivered VHS bootlegs of films like Titanic and Romeo & Juliet — the good stuff — to so-called subscribers around the city. Those subscribers were die-hard movie fans, going to great lengths to see American movies not available in Iran. But it was worth it, says filmmaker Kami Sadraei, because the contents of that suitcase mattered. They really mattered.

As a young boy in Iran, Sadraei used to dream that the movie guy would accidentally leave the suitcase behind so that he could binge-watch the movies he otherwise had to ration to two per week. He could envision himself watching movie after movie, undisturbed. He was infatuated. 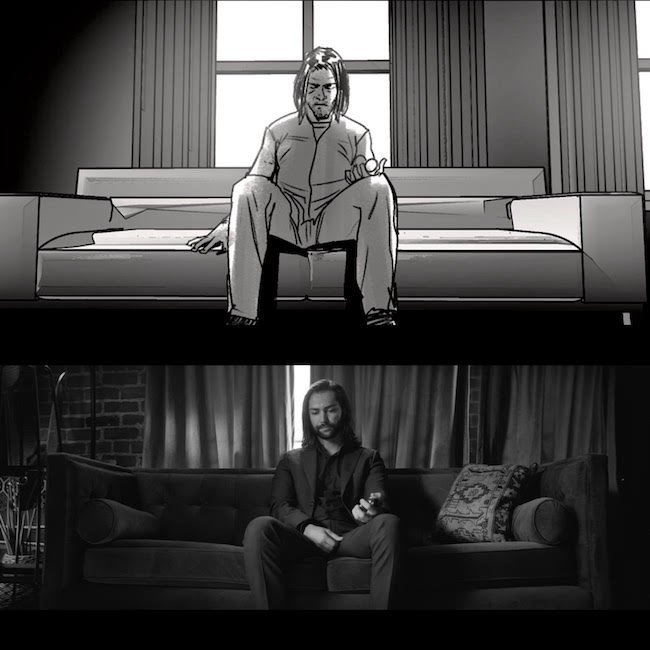 Filmmaker and star Kami Sadraei in a storyboard and still from his short film The Sleepless.

Over the years, his infatuation turned into a calling as a filmmaker. He has lived for years in the United States, where his calling has been marked by an otherworldly attention to detail, complimented by a reliance on his gut. And with his first movie, The Sleepless,making waves at various festivals around the world, Sadraei’s unorthodox film education is starting to bear fruit.

Like an ‘80s action star, Sadraei has no regrets. He used to have one: not seeing Titanic on the big screen. But now, none. He follows and trusts his gut. He once saw an interview with Steven Spielberg where he said your gut whispers to you, It never shouts, so listen carefully.

Sadraei’s gut said he needed to get Eric Roberts to star in The Sleepless. Sadraei first noticed Roberts in one of his favorite bootlegs back in the day, The Specialist. Years later, Sadraei saw Roberts in the camp classic, Stalked by My Doctor, and that sealed the deal— no one but Roberts could play the pivotal role of the therapist in The Sleepless.

This time just days went by.

Sadraei recalls what Roberts told him: “You’re a great writer, because when I read the crappy scripts, everyone sounds the same. But yours doesn’t.” 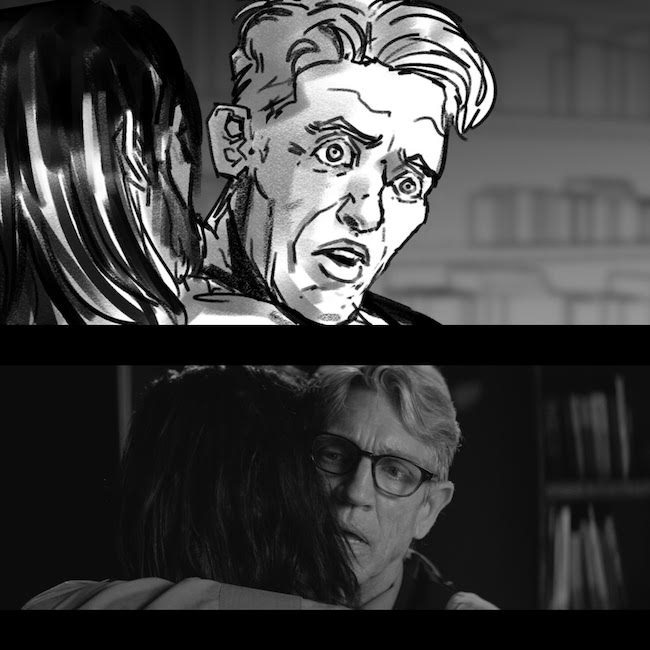 Eric Roberts in a storyboard and still from Kami Sadraei’s short film The Sleepless.

The script for The Sleepless is tense, well-structured and tightly written. It takes place during a therapy session that takes a dark turn. Though the story is fictional, Sadraei wrote what he knew. “I got my Bachelor’s in psychology, so I had a feeling of how therapy sessions usually go and the cliched questions patients are asked.” 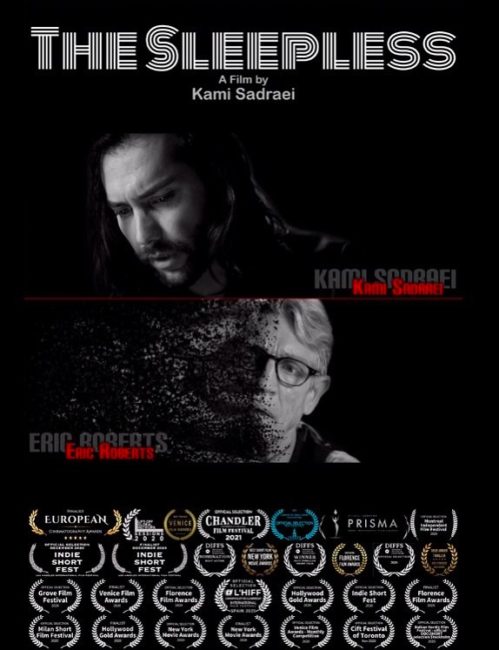 Once the script was locked, Sadraei’s attention to even the finest detail kicked in. “Every single frame was storyboarded. No two shots are identical.” The storyboards even included Eric Roberts’ likeness. The film was to be just seven minutes long, so Sadraei knew that he had to be intentional and leave nothing to chance. Details like the logo on a coffee mug, the expression on Roberts’ face as his character looks at his watch, and a particular close-up of Sadraei’s character were all meticulously constructed. “I wanted it to stay exciting throughout and not get boring,” Sadraei said simply.

And it’s not. It’s seven minutes of well-crafted noir. As the patient in the film, Sadraei holds his own going toe-to-toe with the brilliant actor he watched on VHS all those years ago.

When Sadraei first saw Titanic on VHS, he thought about what it would be like to see it in a movie theater. With the right sound and the right film quality. Twenty years later, when James Cameron released Titanic on the big screen for its anniversary, Sadraei saw it with his entire family. “It was a dream come true for me,” he said. “Maybe one day I make a movie that inspires and motivates people back home to become a filmmaker. “