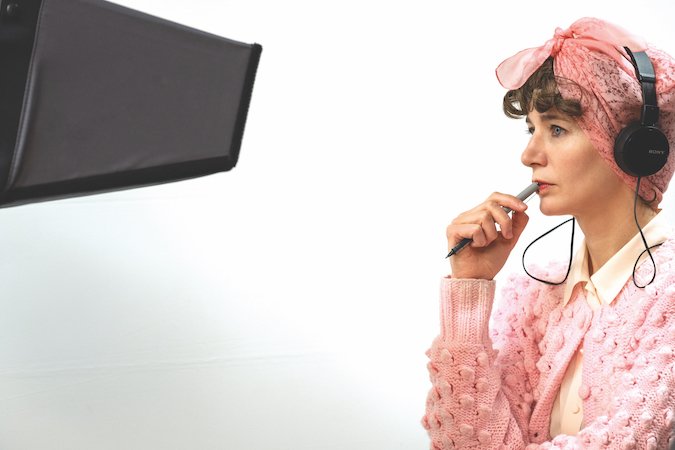 De Wilde: I love Debra Winger so much in this as well. Her power of invisibility in this film
is that when she wants to be seen, she is seen. That is a great con artist, basically someone who can choose when you will see her, and when you don’t see her. I’m approaching 50, and a lot of older women talk about being invisible, and she’s using that as a weapon. Like, “You’re too dumb to see me. And so I’m going to take advantage of that.”

I’m obsessed with Gina Rodriguez’s character. She has a mother that gives her a lot of attention but isn’t actually curious or listening and instead just sends her stuff all the time. And she’s lonely in a crowded room of love and that’s a hard thing to complain about when you’re getting a lot of attention. I love how they’re their attraction to each other, that the movie is not about Old Dolio coming out. It’s about a human attraction.

Talk about the casting process.

July: Gina Rodriguez was actually the one character I couldn’t rehearse with because she was on another movie. We shot other stuff without her, and then her first scene was the baggage-claim scene a week into our shooting. That was literally when everyone met her.

She said to me, “I’m really busy, but once you’ve got me, I’m 100 percent yours.” And that was so true. She’s completely present. She’s a director herself, a producer herself. So she’s the whole 360 brain.

With Evan I was lucky in that I could text friends who knew her and ask to be introduced to her, just on my phone. So Evan and I met… At one point she says that the character of Old Dolio reminds her of Edward Scissorhands.

July: It was deeply reassuring to me. It was sort of a done deal right then. What she said was that it was one of her favorite characters in film history, and she relates to that character. OK, if you would have happily played Edward Scissorhands, then you can definitely play Old Dolio.

De Wilde: On that subject, I recently watched a bunch of movies where I felt the music was just some sort of side project — it almost didn’t matter what music was on. And this music
in Kajillionaire was a storytelling tool. That Edward Scissorhands connection makes sense. There’s a lot of darkness and sadness potential- ly in this story, but it helps to make it almost like a dark fairy tale, which is not that it needs to be lighter. It’s just that by having that light, you’re creating an observational platform for sadness, so that you can see the connections outside of the specific character. 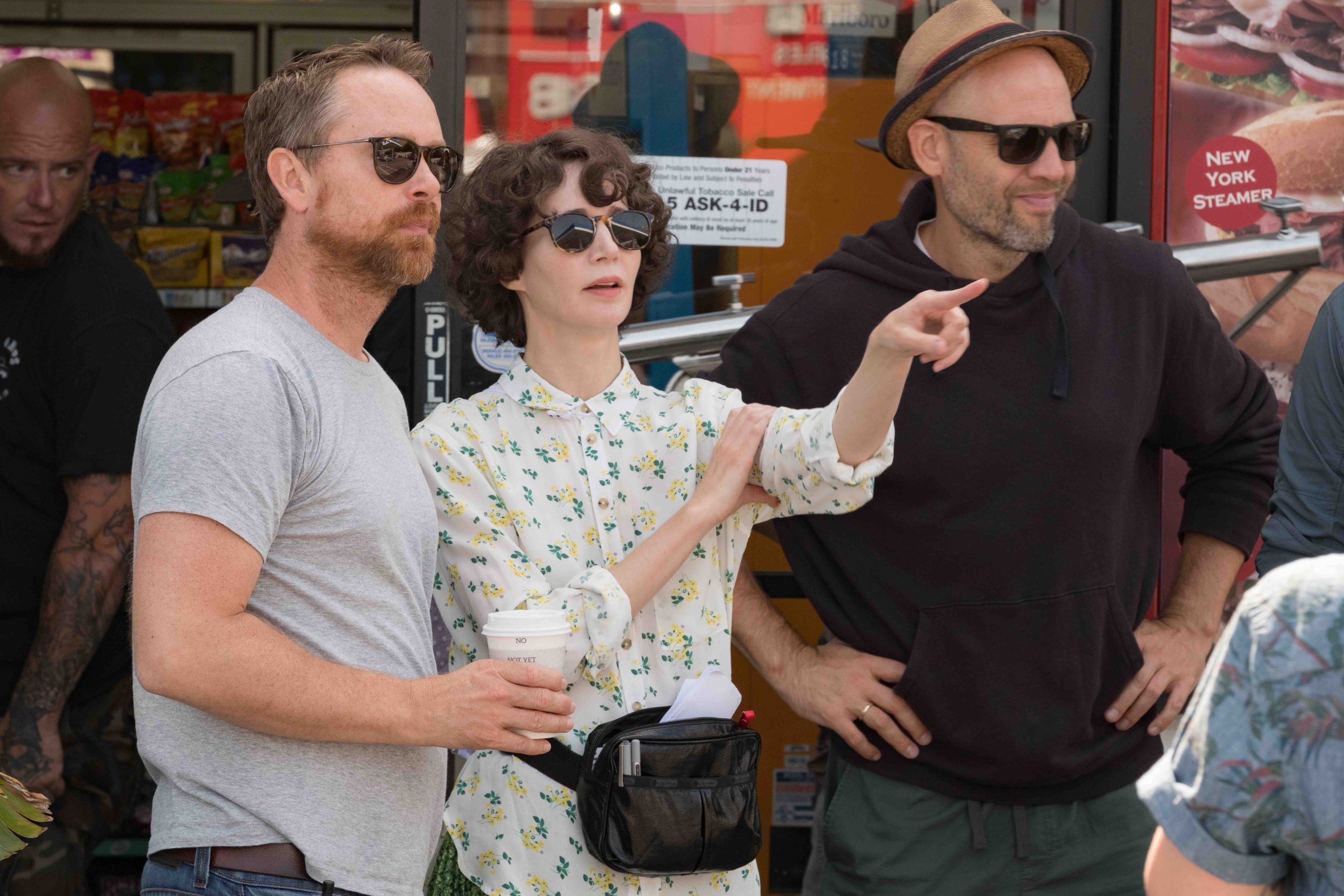 Miranda July (C) on the set of Kajillionaire.

You are completely aware of the use of music, the camera movement, the colors, the casting — you’re not just a behavior director. You utilize all these pieces, all these technical pieces, to make them a part of the story. You balance those things so beautifully…

Did you know what you wanted with the music or was it something that you were looking for and then found?

July: Sound design and music are one of my favorite parts. I’m the kind of person who until the last days of the movie will be like, “OK, let’s add a car screech here,” that has nothing to do with anything, and no one is ever going to notice. But I really love how sound can do so much. It’s also usually your last step on the movie, and so you have this feeling of well, it’s not over until it’s over. There are things that I felt I had failed myself on, that I still was trying to redeem the last few days of the sound mix. There’s always things. I’ve never made anything that I thought was anywhere near perfect.

And it works whether it’s my idea or someone else on the team’s idea. At that point I’m like, “Let’s all have at it. This is it. After tomorrow it’s done.”

Without going into too much, I had a really twisty turny path, composer wise, and so I actually ended up with Emile [Mosseri] quite late. He saw the movie for the first time when we were basically locked. You can only imagine I was freaking out that it had come to that, and it was sort of high-stakes on him. And this was only his second feature. And, in the past I’ve worked with our friend Jon Brion, and Mike Andrews. I was really used to… Anyways, none of that mattered.

He’d had a little time with it, and I remember on the first day, him being like, “Well, I’ll just play some things I wrote. I have some recordings on my phone.”

I remember thinking, “This better be good because we don’t have any more time or money, and I just met this guy.” And also, “This poor guy doesn’t know that I’m nitpicky. I’m not easy.”

I’m like, “OK, play me your thing.” And the first thing he played was basically the love scene, the music, you hear all different forms throughout the film. You hear it in the nails scene, when Old Dolio takes off Melanie’s nails.

And we’re just sitting there listening to it, being like, “Ohhh.” and then I just quietly say, “OK, why don’t you play the other one.” And it’s not like I had no notes. We worked our asses off for the next
six weeks, but I remember saying to him at the end of that day that I was almost embarrassed that I
was so easy, and that if he literally talked to anyone who has worked on this movie, then he would know that I wasn’t like that, and that this was unusual. I wasn’t trying to butter him up, I was truly sort of blown out of my usual process, which was a beautiful thing. It was a real collaboration, and it was so magically easy that we still had time to dig into things that were trickier, and really collaborate on the score.

Kajillionaire, directed by Miranda July, opens in theaters this Friday.