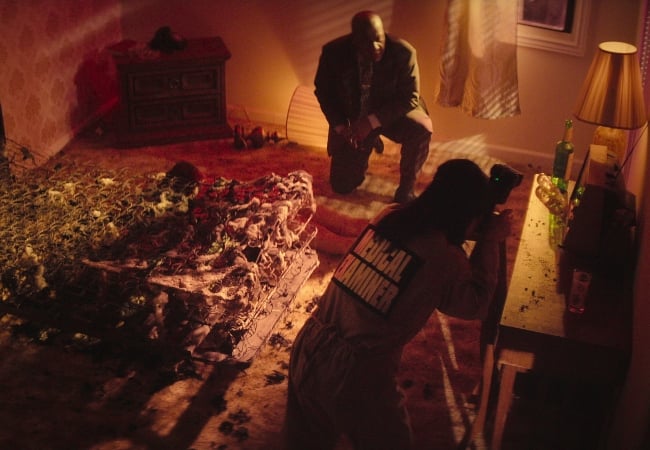 Director Joe Berlinger used to take the train from his New York suburb to the old Times Square when he was a teenager in the 1970s. Now, his Netflix true-crime docuseries Crime Scene: The Times Square Killer looks back on the dark and blood-soaked history of the notorious New York neighborhood — and one of its most famous serial killers.

The new season, out Dec. 29, focuses on Richard Cottingham, an unassuming Blue Shield employee whose grisly string of murders in the 1970s earned him the nickname “The Times Square Killer.”

Berlinger got the idea to focus on Times Square for Season 2 when he took his daughter to a Broadway production of Hamilton in 2019.

“It was the first time I’ve actually done a Broadway show at Christmas time. My daughter loved Hamilton. We walked out and it’s the bright lights and it’s so Disney-fied, and I said to my daughter… ‘When I was 14 or 15, I’d go to Times Square and I’d be taking my life into my hands. It’s such a different place.’ And then, literally, the light bulb went off. That’s it! That’s the perfect Crime Scene,” Berlinger told MovieMaker.

Berlinger is no stranger to the true-crime genre — in fact, you could say he specializes in it. The first documentary in his Paradise Lost trilogy premiered in 1996, following the tragic story of three eight-year-old Arkansas children who were murdered by a group of teenagers dubbed the West Memphis Three in 1993. He went on to direct multiple other true crime docuseries including Killing Richard Glossip; Gone: The Forgotten Women of Ohio; Cold Blooded: The Clutter Family Murders; Unspeakable Crime: The Killing of Jessica Chambers; and Conversations With a Killer: The Ted Bundy Tapes.

Berlinger wouldn’t reveal the subjects of future seasons, but he did explain why, out of all the crimes in the world, he chose to focus on Cottingham and the seedy underbelly of 1970s Times Square.

“What we’re trying to do with the series is to turn the genre on its head a little bit by looking at a location,” he said. “Normally we just look at a crime who did it, how they do it, and break it down. But why do certain places have more crime than others? … What are those aspects that make crime possible? Which is the idea for the series. So to me, this felt like a perfect Crime Scene because Times Square in the 70s was this perfect storm of various phenomenon that aided and abetted somebody like Richard Cottingham to prey upon sex workers with impunity.”

Looking back, Berlinger realizes his trips to Times Square as a teenager may have been more dangerous than he realized at the time.

“When I was a teenager and I was deeply into magic as my hobby, there was a magic store called Lou Tannen’s that was on 47th and Broadway,” he said. “I, as a parent now, would never have done this, but my parents — different era, obviously — I used to go into Times Square as a 13 and 14-year-old kid, taking the train to Grand Central [walking] to Times Square,” he said. “It was a mix of fear and, honestly, titillation. It’s like, wow, this is just so bizarre for my suburban existence. So I always remember that. And then when I saw my daughter light up when we walked out into the street after Hamilton, the light bulb went off because it’s the perfect encapsulation of what I think Crime Scene the series is trying to do — not just look at one crime, but look at the circumstances and social forces that allow criminality to happen.”

Crime Scene: The Times Square Killer begins streaming in the U.S. on Dec. 29 on Netflix.

What Actually Happened to Morpheus and Zion in The Matrix Resurrections?
Don’t Look Up Offers an Olive Branch to Christians