In Undercover Underage, a 38-Year-Old Woman Poses as a Child to Identify Pedophiles Online 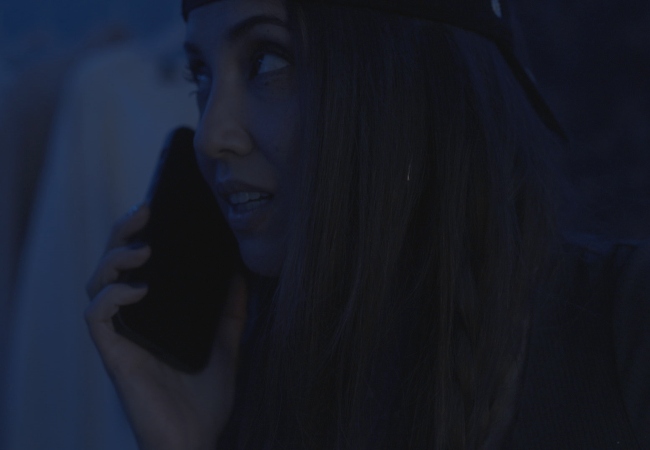 “I still maintain that when I have to have these really awful conversations, or when I have to be subjected to some pretty terrible stuff, that it’s still better me than a kid,” Roo Powell told MovieMaker.

In December 2019, the 38-year-old writer and mother of three’s Medium blog post titled “I’m a 37-Year-Old Mom & I Spent Seven Days Online as an 11-Year-Old Girl. Here’s What I Learned” went viral. Now, she’s the star of her own Discovery+ docuseries called Undercover Underage. The premise is much like her blog post: with the help of her team at the non-profit organization she founded, Safe from Online Sex Abuse (SOSA), Powell poses as underage girls online. The goal is to catch pedophiles in the act in the hopes that they’ll have enough incriminating evidence to hand over to law enforcement and stop the predators from harming actual children in the future.

But she doesn’t want to be compared to Chris Hansen from Dateline‘s To Catch a Predator. Powell makes a point on Undercover Underage to change the names of the predators and blur out their images, emphasizing that they are innocent until proven guilty in a court of law. She is also careful in all of her interactions with the men who contact her online personas not to prompt any of their behavior in order to show that they acted of their own volition and were not entrapped.

“Certainly all of us like watching To Catch A Predator. I think our methods are really different, including that we do not show faces… we change voices, we do not give names. And that’s really important to us because we do not want to out anyone — we really want people to go through the proper judicial processes,” she said. “We do have a real desire to see change in this space, and I think the only way that we can do that effectively is if we are able to maintain integrity around the judicial process.”

Throughout the first episode, Powell has multiple conversations with middle-aged men who believe her to be an underage girl, many of which are graphic in nature. In order to be perceived as a teen or even a pre-teen girl, she and her team go to great lengths to photoshop her pictures to skew younger, create sets to look like an adolescent girl’s bedroom, and dress her in wigs, hoodies, and even faux braces.

But perhaps the darkest aspect of the docuseries is when Powell has to get on video chats with the men in order to gain their trust and find hinds that might lead to their identity. Throughout all of this, she and her team are keeping a detailed digital paper trail of every message and photo sent by the predator in order to provide it to law enforcement later.

In some cases, SOSA’s work has led to arrests. In Episode 1, for example, they were able to identify a school cafeteria worker who was later arrested for sending explicit material to Powell, believing her to be an underage girl.

And while Powell knows she can’t keep doing this forever — “I’m sure at some point, no amount of Photoshop will make me a believable teenager,” she joked — she plans to keep going for now.

“This is unfortunate, but one million perpetrators can see my face and there will be another million that haven’t,” she said. “We have a lot of tricks up our sleeves in order to change my appearance enough. So yes, I will continue to do this work and we are not concerned about people recognizing me.”

Her larger goal of raising public awareness about the dangers of online predators — and protecting vulnerable children — keeps her going through the toughest parts of her job.

“I’m 38. I have reasonable coping mechanisms. I have a support system. I have a therapist. I know about self-care. And a lot of kids are going through this completely alone because they’re afraid that it’s not real abuse because it didn’t happen in person or they’re afraid to tell their parents because then they have to disclose that they were entertaining a conversation,” she said. “Those kids are kind of suffering quietly and alone, and that is really the saddest part for me.”

The first episode of Undercover Underage is now streaming on Discovery+ with new episodes dropping every Tuesday.

Main image: Roo Powell posing as one of her teen girl personas in Undercover Underage. Photo courtesy of Discovery+.