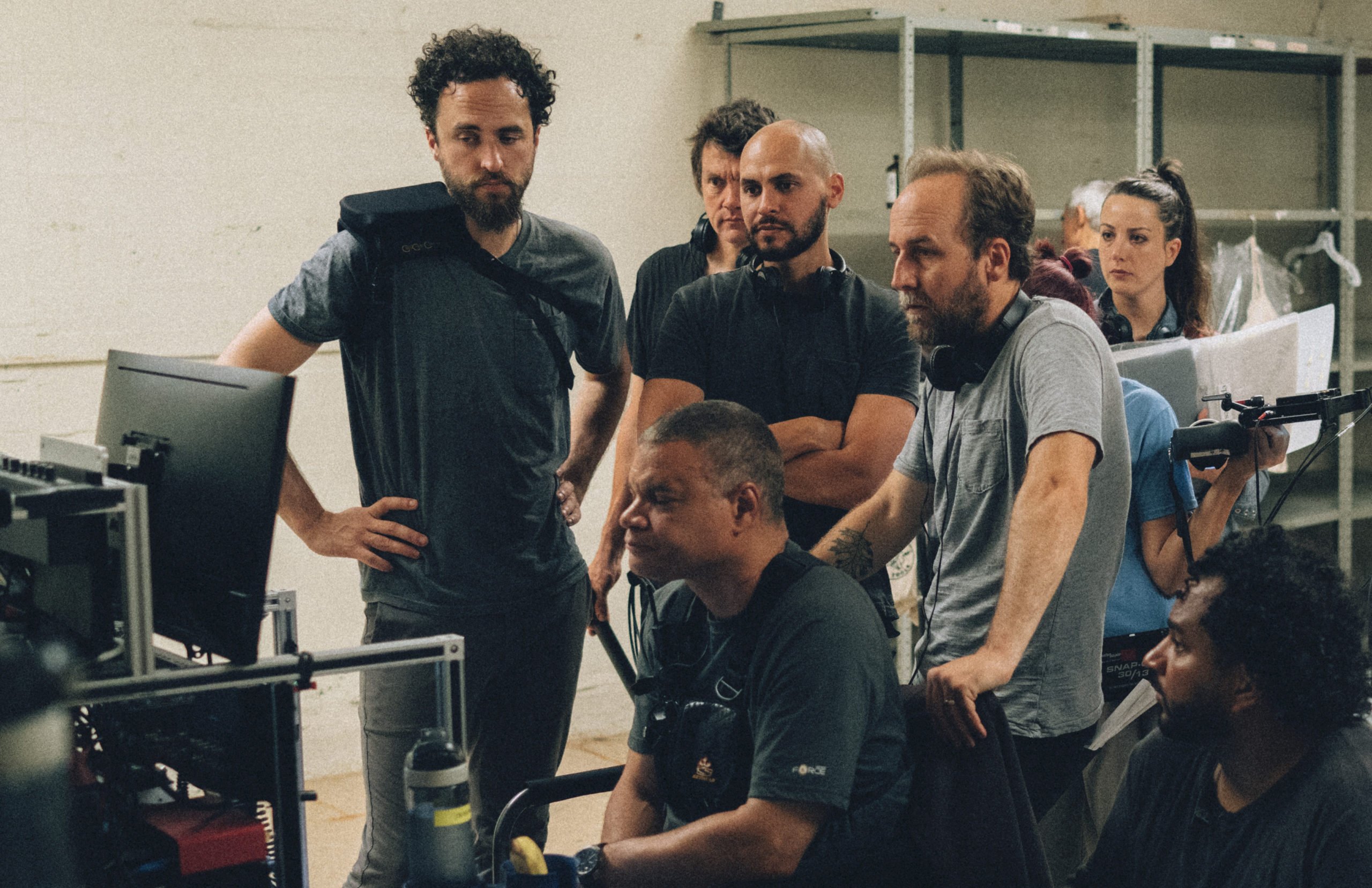 Jody Lee Lipes is a cinematographer known for filming Manchester by the Sea, Trainwreck, Tiny Furniture, and Martha Marcy May Marlene. In this Eye Piece essay, he talks about the elaborate staging of a pivotal “twinning” scene in the new HBO drama I Know This Much is True.

I Know This Much Is True writer-director Derek Cianfrance and I had spent our careers striving for realism as much as possible, and resisting the use of visual effects as a crutch. So going into a six-hour “twinning” film — with both twin brothers played by Mark Ruffalo — we both felt a degree of fear. What are the limitations? If we don’t adhere to VFX “rules,” will the resulting VFX look distracting and feel less real to the audience?

The reference Derek had for I Know This Much Is True was always Michael Mann’s Heat. Robert De Niro and Al Pacino are treated as two sides of a coin, and their faces are never on screen at the same time. I love Heat, and the idea was comforting because it was a way of fooling ourselves into thinking we could largely avoid the difficult process of twinning.

One of the first twinning scene locations Derek and I visited was a decaying state-run forensic hospital that was no longer in use. This location would be used for the “Hatch intake scene,” when Dominick (Ruffalo) accompanies his schizophrenic twin brother Thomas (also Ruffal0), as Thomas is forcibly admitted to the hospital at the end of episode one. Walking through the space for the first time, and thinking about the seven-and-a-half-page scene that would take place there, I couldn’t see how the Heat method would work — the proximity of the brothers, the narrow hallways, and the physical interaction made us realize that we would inevitably see the twins’ faces at the same time. Elaborate twinning for this extremely emotional scene was something that filled both Derek and I with anxiety.

After accepting that twinning was going to be a big part of this sequence, we both focused on what we assumed the limitations were: handheld was going to be too difficult for visual effects, face replacement has issues that can be distracting to the audience, and motion control’s usefulness can be limited by all of the physical contact and overlap between characters.

Still unsure of how to approach this scene, we went back to the decaying hospital in early January. Derek left for 30 minutes to do a phone call with HBO. I was left alone in the dark, freezing cold space, thinking about that scene, reading it over and over again by flashlight. I started to feel that the tension and the physicality could be accentuated by shooting handheld and not cutting throughout the scene. I walked it through a bunch of times while I waited for Derek, and when he came back I asked him if he would like to try the scene as a single take — a oner. He was excited by the idea but worried about how the VFX would work. I told him we needed to think about the best way to capture the scene, regardless of the twinning element. What would we do if we weren’t worried about twinning? We shouldn’t let the technology dictate how we told the story. That excited Derek, and he told me to write the shot down on paper.

I spent hours writing it all down and presented it to the whole team. In my mind it felt like a Dardenne brothers film, or like the masterful work in Son of Saul. We are anchored to Dominick and experiencing the scene the way he does, kind of glued to the back of his head, and seeing what he sees. It should feel claustrophobic, kinetic, and disorienting. I showed Derek Son of Saul, and he was in. Everyone wanted to know if it was possible to shoot this way, and I tried to emphasize that the shot I had put on paper was just a blueprint for the tone of the camera movement, and we need the actors and Derek in the space to get a better idea of what we would actually be doing. 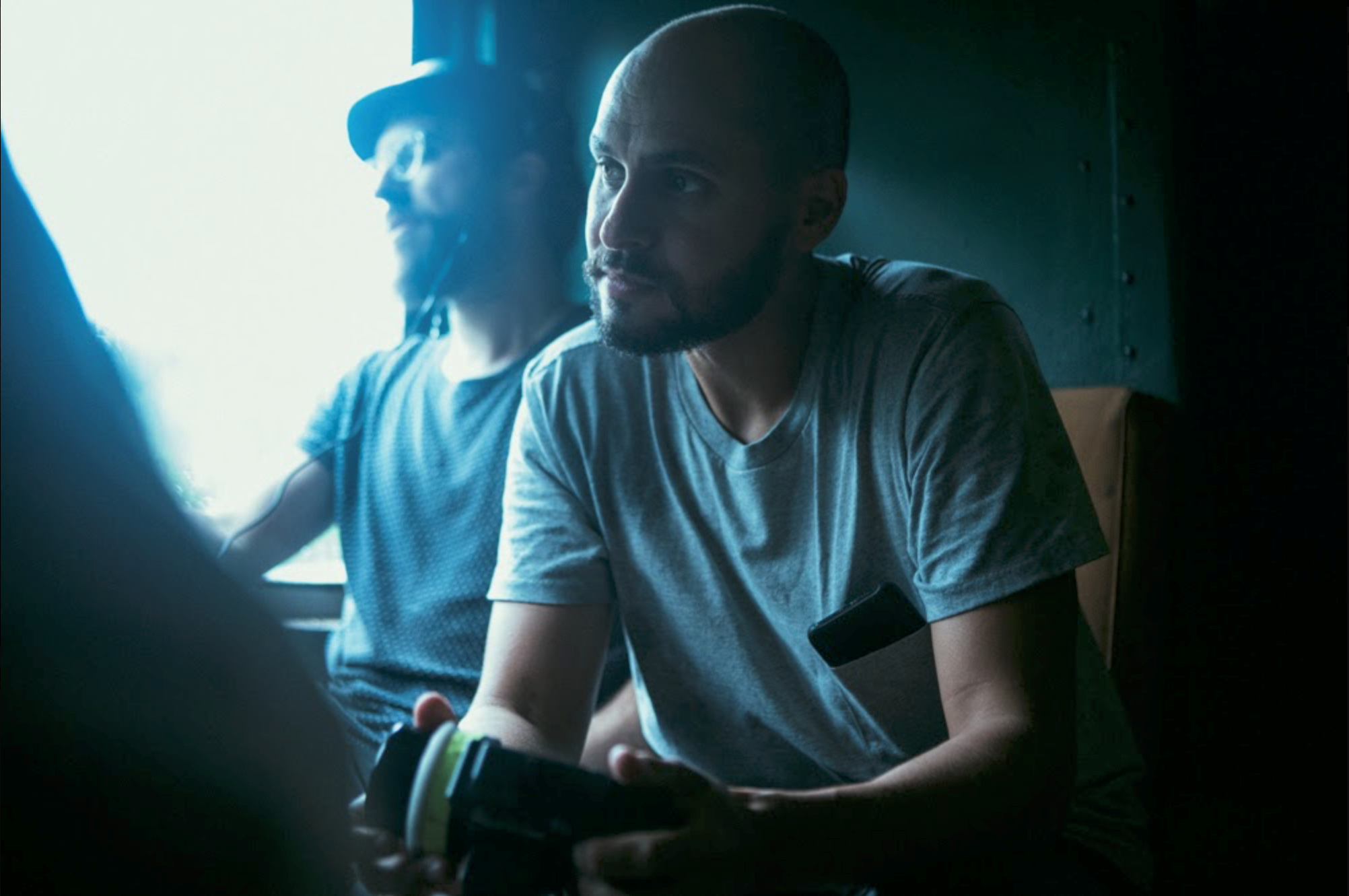 Derek is very against rehearsals of any kind — he feels the magic is lost when people practice ahead of time. He wants it all on film (which is why we shot 600 hours of 35mm), and for that reason there are no marks, no blocking, and the actors do whatever they choose from take to take. But for this scene, we all agreed that we had to rehearse the A side (Mark Ruffalo as Dominick) so we could understand the shot more precisely and then breakdown how visual effects would approach the B side (Mark Ruffalo as Thomas).

This was the one scene in the entire show that was rehearsed, and it worked beautifully. Although the entire show was shot on 35mm film with ArriCam LT camera bodies, we spent half a day rehearsing with a digital ARRI Alexa camera, so we could record the rehearsals and watch them back quickly. Generally on the show, I tried to really step back in terms of framing and the operating style (which I often push in a very controlled, precise direction), because I wanted Derek’s reactive, almost documentary camera movement to come through as much as possible. Because the entire scene is driven by the actors’ choices, my original version of the shot was changed, simplified, and improved. Derek, the actors, the masterful 1st assistant camera Aurelia Winborn, and our incredible camera operator Sam Ellison made it so much better than I had originally conceived.

After we rehearsed together, our extremely talented and patient visual effects supervisor Eric Pascarelli felt that it was going to work. After Mark gained weight and came back as Thomas at the end of our shooting schedule, we were able to shoot the B side very simply. All we needed on the Thomas side were some locked off frames and a couple pre-programmed motion control moves that mimicked Sam’s handheld camera at key moments. Our only real limitation from VFX was that this scene, like many of our VFX heavy scenes, was shot on 3 perf 35mm and framed for 2 perf 35mm, rather than captured on 2 perf 35mm like the majority of the show. This extra negative space allowed for more flexibility in adjusting the framing during the VFX/editorial process when the two twinning elements were merged together to become one frame.

Because of the entire team’s openness to telling this story in a specific and unique way, we were able to think about this sequence as if there were really two Mark Ruffalos on set with us. Instead of limiting ourselves, we got to tell the story exactly how we wanted to, and it proved to be a simple technical process in the end. All of the equipment fell away, and hopefully the performances and the story come forward.

I Know This Much Is True, directed by Derek Cianfrance and lensed by Jody Lee Lipes, premiered on HBO Sunday and is now available to stream.

How I Fell in Love With Roger Corman and Learned to Facetime a Shot
Movie News: Rebuilding Fury Road; Free Legal Advice; Thanks, Roger Corman