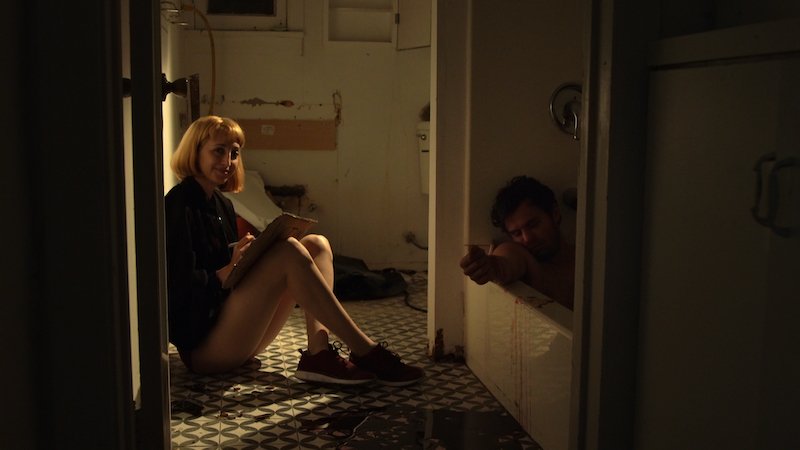 Gillian Wallace Horvat is the co-writer, director and star of I Blame Society, about an ambitious filmmaker who realizes she’s also good at murder. In this piece she talks about how she set rigorous rules for her found footage film.

I was very intrigued when MovieMaker asked me to write a piece about my film I Blame Society, and its place in the long tradition of films about filmmaking. It’s a genre that begins in the silent era with Merton of the Movies and Charlie Chaplin’s “His New Job” and will never stop as long as film school adjuncts tell their narcissistic students to “write what you know.” It seems self-reflexivity is as old as the art form itself.

I Blame Society is what could be called a personal film. I play “Gillian,” who like me, is a filmmaker — and who also, like me, receives a compliment from her friends that she would make a good murderer. Thankfully that’s where art diverges from reality because that’s when “Gillian” starts making a documentary about how she would commit the perfect murder. This turns into a snuff film-diary that captures her blood-drenched vendetta against the people who underestimate her. 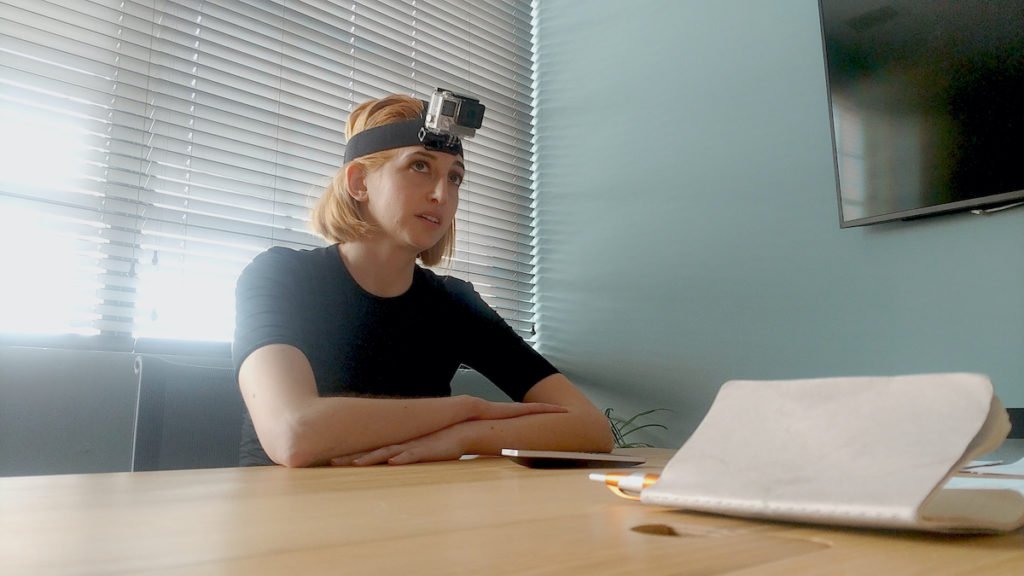 In I Blame Society, filmmaker “Gillian,” played by writer-director Gillian Wallace Horvat, records her every interaction.

Funny enough, I never thought of I Blame Society as being part of the film-within-a-film canon, and with the budget restraints, it didn’t make sense to think of making something in the realm of Robert Altman’s The Player, or even Living in Oblivion. Really what I thought was that we were shooting the artiest found footage movie ever made. But I didn’t want to look at other found footage movies for guidance, because they cheat. Obviously any mockumentary cheats, but the found footage film is a specific subset and one that demands of itself total formalist rigor. That means adherence to several rules:

Any found footage horror film shot on a camera that its character likely would not own is cheating. If the character watches an old 16mm film and it’s 16:9 to match the metafilm’s aspect ratio, that’s cheating. If the character is filming from an angle in a situation that’s impossible, or if it cuts to another angle or uses b-roll that the character could not have plausibly shot, it’s cheating. It’s a shame because any cheating undermines the only reason you’re forcing the audience to endure shaky camerawork and jump cuts: the promise made by the director to the viewer that if they found the real last testament of a serial killer, or, say, the real video diary of a massacre victim at a summer camp, it would look just like this. In that respect, it’s a thin line between found footage and Dogme 95, actually.

Also read: The Little Things and Christopher Nolan’s Insomnia Are Mirror Images of One Another

I did have one reference in mind, and that was Coming Apart, a disturbing and electric drama from 1969, starring Rip Torn as a sociopathic psychiatrist who secretly tapes his sessions with his patients in his Manhattan apartment, as well as his sexual encounters. Not surprisingly, there’s a lot of overlap. Everything we see in Coming Apart comes from the black-and-white 16mm camera hidden behind a mirror in his living room. Although the film is entirely static, that rigidity increases the tension as we witness Torn’s character implode.

Torn’s mannered performance is in a different world from the naturalism of the women who visit him, because he knows that they’re not his only audience. Always in his mind is the putative, unseen viewer from the future, likely himself — maybe a cop or a lawyer. His line readings are always multivalent, laden with dramatic irony, and it’s possible that this constant feeling of performance accelerates his breakdown. That self-awareness and subtext was something I referenced throughout I Blame Society. 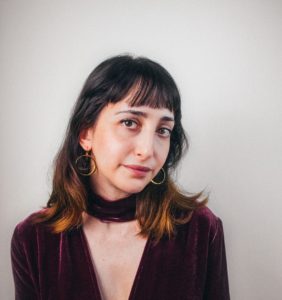 The concept of I Blame Society is that everything the audience sees Gillian tapes herself. And because she’s a director, not a cinematographer, she has a lot to learn at the beginning. Olivia Kuan, our director of photography, took the lead in designing a visual arc for the film that reflected our main character’s growing proficiency with her equipment and burgeoning sophistication as a filmmaker. This transition also mirrors a tonal shift as it becomes more of a genre film, as well as losing its documentary trappings to gain a more cinematic feel. Lights are introduced inside the frame, and subsequently Gillian starts to experiment with guerrilla camera movement techniques.

The first non-diegetic music cue occurs after the main character kills for the first time. This foreshadows that the protagonist is no longer just making a movie, she is becoming it.

The lo-fi aesthetic of I Blame Society was one of our main strategies to create something that looked authentic for the purpose of unnerving the audience. If a filmmaker was taping herself while she lost her mind, this would be what it looked like. Even though Olivia had an ARRI ALEXA Mini, we chose instead to film on cameras that a struggling filmmaker might own. As she gets more serious about making her film, she adds on more cameras to give herself more coverage. We shot with four cameras: a Canon 5D for flashback scenes, a Sony A7s was our “A” camera, adding on a Huawei cell phone, a GoPro Hero4, and an off-brand version of the Nest we found on Amazon for cheap. These choices supported our visual character arc and also allowed the pace of the film to evolve into a faster, genre tempo.

It’s funny: People say with a microbudget you have to get creative, but it’s also true that with a microbudget it’s hard to have the tools to be creative. I Blame Society uses self-reflexivity within the story to justify the production values, as well as doubling down on digital realism to intensify the audience’s reactions.

I Blame Society, directed by Gillian Wallace Horvat, opens on VOD this Friday, from Cranked Up Films.