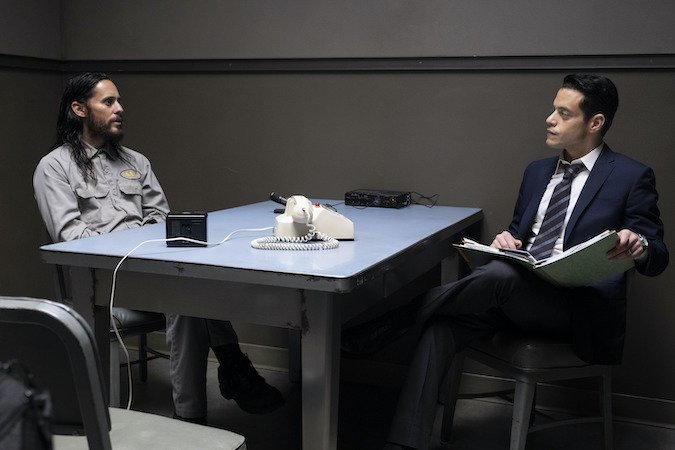 Spoiler warning: Don’t read this if you don’t want major spoilers about The Little Things and 2002’s Insomnia.

There may not be many surface similarities between 2002’s Insomnia, directed by Christopher Nolan, and the new John Lee Hancock film The Little Things, which he directed from a script he originally wrote in 1993. But in many ways, the films are mirror images of each other.

Insomnia, starring Al Pacino and Hilary Swank, is a remake of a Norwegian film of the same name. Pacino’s detective in Insomnia is investigating a murder in Alaska, while also facing an Internal Affairs investigation back home in L.A. involving departmental corruption. 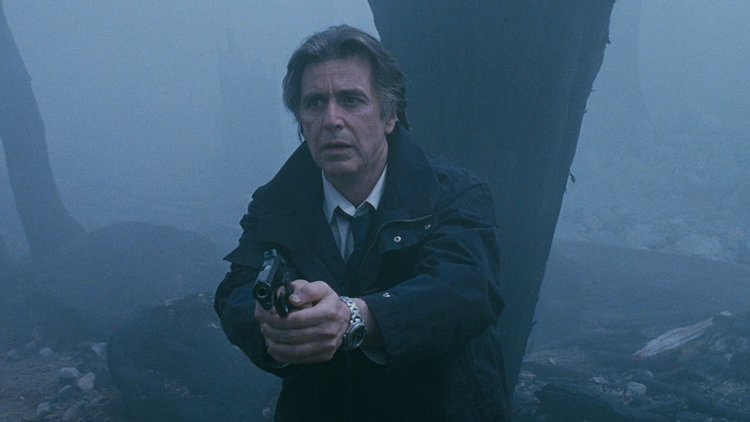 The Little Things also features an ace investigator with a shaky moral compass. Denzel Washington’s former L.A. detective — now working as an officer in rural Kern County — is more than willing to skirt procedure when he feels the moment calls for it. He corrupts Rami Malek’s by-the-books detective in order to nail their guy, a serial killer responsible for a string of grisly murders in the Los Angeles area. Their prime suspect is played by Jared Leto, replete with long greasy hair, hollowed out eyes, a mini potbelly, and a slow comical gait.

Both films incidentally feature an accidental murder by detectives that is then covered up. In heavy Alaskan fog during a frantic police pursuit, Pacino fires and kills his partner — for reasons that are intentionally ambiguous. In The Little Things, Malek’s detective loses his temper in the third act and kills Leto’s character with the single swing of a shovel.

The difference in how the films handle the aftermaths of the accidents is what makes Insomnia ultimately a positive look at redemption and reconciliation, and The Little Things, a pessimistic vision of humanity.

In Insomnia, Swank’s Alaskan officer investigates the killing of Pacino’s partner and comes to learn it was in fact Pacino who fired the fateful shot — and that he’s been skillfully covering up his role in the shooting since. At the end of the film, she presents him with a 9mm police round found on the scene, which firmly incriminates him. Swank, a upstanding officer to this point, is willing to move on, conceal this evidence, and let Pacino off the hook. In her mind, he’s suffered enough.

However, Pacino’s detective stops her and gives an impassioned speech about how he will not let her proceed down this same slippery slope of corruption that would no doubt eat at her forever, like it has eaten at him. It is an optimistic ending about how freeing it is to stop running, come clean, and face the consequences of one’s actions.

Also Read: How Knives Out Visually Tells a Story

The Little Things takes the opposite path. After Washington’s character discovers that Malek has accidentally slain Leto, Washington wastes no time putting into place a foolproof cover-up. In the film’s final moments, he goes so far as to even mail Malek a fake red barrette, a ploy to ease Malek’s conscience and mislead him into believing that Leto was their killer.

This nihilistic view of human nature in The Little Things feels very much like a product of the era in which it was written. ’90s independent cinema is full of casual and carefully considered nihilism, and moviemakers as diverse as Michael Haneke, Shinya Tsukamoto, Gregg Araki, and countless others have taken different approaches to the topic to more effective ends.

Some audiences might appreciate the shock of Malek’s detective so willingly and suddenly turning his back on his principles. To me it came across as feeling dated and empty.

As I’ve written about with Abel Ferrara’s Bad Lieutenant, purely selfless acts can play as more revelatory moments in cinema than moments of blunt nihilism. Pacino’s rejection of Swank’s offer is the more radical narrative decision.

The Little Things is currently in theaters and available to stream on HBO Max through February 28.