How to Develop the Story Beats in Your Screenplay 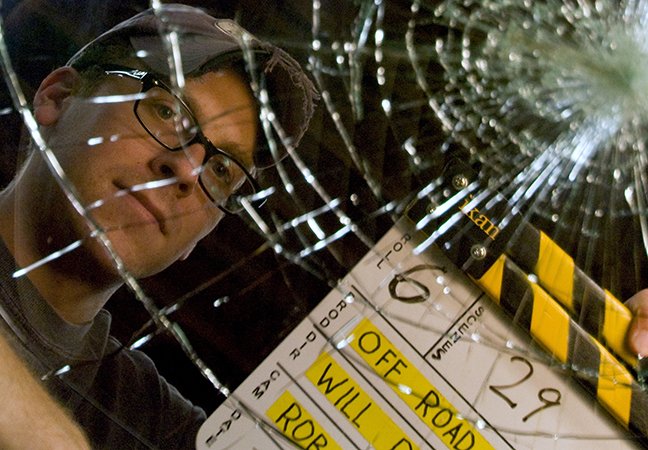 Before we discuss how to develop story beats in a screenplay, let’s start with a cold realization: On the surface, directing doesn’t seem to require many tangible skills.

Think about it: Editors create timelines in Avid or Final Cut Pro; cinematographers hold cameras and point them at things; writers print out paper with words on them; production designers build sets. But directors? What do directors do? This lack of a tangible product is precisely the reason why many people think they can direct, even if they can’t tell you exactly what a director does.

But of course directing a movie requires concrete skills. And perhaps one of the most tangible parts of directing is the process of breaking down the script’s dramatic building blocks: the story beats, or plot beats.

What is a beat? A beat is a division within a scene in which the action takes a different turn, the momentum shifts, and one or more characters adapt to, or change, because of this shift. The end of one story beat and the beginning of another marks the moment that the actor must reevaluate how to portray the character. It’s a point when the character must choose a different approach, or tactic, on the way towards reaching his or her objective. As the word implies, the beat is the pulse of the film—it’s what drives the story forward. As directors, it’s imperative that we determine what the story beats are, before we even think about directing the film. As directors, we shoot the beats. In my experience, there are approximately four to seven beats per scene, or about three beats per page. Template of the “Beat Chart” used on Detour

Beats are the smallest parts of the story. The beat chart is a contingency plan in which each and every detail is explored, at arm’s length from the director, during production. When they’re all put together—when performed, filmed, and edited—they should add up to the following:

Following each page of the script in my director’s binder (basically, my bible to directing a film), I create a two-page chart with my analysis of the beats on that page. I print out this chart and fill it in as I break down the script. It includes everything that I need to know in order to direct an actor properly in the scene. The chart is broken down into several columns: Beat, Subject, Circumstance, What Happened the Moment Before, Objective, Obstacle, Verbs, Adjustments, and Senses.

Here is my analysis of a beat from the opening scene of my film Detour, in which the protagonist, Jackson Alder, wakes up in his car after an accident to find that his car has been buried by a mudslide. The action involves him attempting to call 911.

This is an extremely physical scene, with emotions that are not nearly as complex as those explored in later beats. Jackson’s motivation is quite primal. In addition to performing the physical objective against the obstacles, I also want Jackson to demonstrate a state of denial. After all, he’s never been buried under a mudslide before, so it is reasonable to assume that it may take a while for his brain to compute exactly what that means, logically understand his circumstances and grapple with the stakes.

A person in this state, I thought, may attempt to ignore his surrounding reality, no matter how horrific. He may go ahead and use his cell phone in such a lackadaisical manner that, to the audience, his behavior is more indicative of ordering a pizza than calling the cops. He’s not literally ordering a pizza, but if an actor in those circumstances plays it that way, as if he was, his performance might solidify the idea of this man being in denial. This is an attempt to use subtext to convey the idea, by letting the action of the character in this specific situation speak for itself.

After completing the beat charts, your main goal as the director is not only to monitor the pulse of the scene, but also to alter it as necessary through your actor. If you’ve blocked the scene correctly, defined the circumstances of the scene properly, and if the scene reflects the themes of the film, you may not have to utter a single word other than “action.” Of course this often is not the case, and you will need to offer some direction to the actor. That’s where these charts come in.

David Mamet once wrote, “You’ve been creative, in the writing of the script; you’ve been responsible and careful, in the reduction of the script to shots and directions which you can communicate to the crew and cast; now all you have to be is courageous, and stick to the program.” I could not agree with him more. It’s the program that would-be-directors must learn and figure out before stepping on set.

Hitchcock was famous for saying that he was bored during the productions of his movies, because he had already made the movie prior to stepping onto set. What he meant by that was that he had done all his homework: He knew the intentions of his characters, was familiar with the ins-and-outs of the story beats, and he storyboarded each and every frame. The rest was, as Mamet put it: sticking to the program.

In a way, we can only hope to be bored on a film set. That means we’ve done our homework and everything is going according to plan. Imagine the amount of unnecessary pressure inflicted upon the director who shows up to set and wings it. I don’t wish the making of a movie on anyone who is unprepared.

Prepare as much as you possibly can, but also be prepared to throw everything away at a moment’s notice if the circumstances are altered. Once you have determined the beats of the scenes, and filled in your charts, this knowledge will guide you through unforeseen obstacles and allow you to say the same thing—just framed, lit or colored a slightly different way. The ability to improvise is impossible if one has not devised a strategy to begin with.

At the very least, you should do the most work so that everyone around you works just as hard. Set the example, up people’s game; they’ll thank you for it. Being the director is a position that a lot of people want. Earn it and own it, with each and every story beat. In filmmaking, there is no such thing as winging it. MM

William Dickerson is a writer and director. His debut feature film, Detour, was hailed as an “underground hit” by The Village Voice. He self-released his metafictional satire The Mirror, which opened YoFi Fest’s inaugural film festival in 2013. He recently completed his third feature, Don’t Look Back. (Read his previous article about a “oner” shot in Don’t Look Back here.) His first book, No Alternative, was declared, “a sympathetic coming-of-age story deeply embedded in ’90s music” by Kirkus Reviews. His latest book, DETOUR: Hollywood: How To Direct a Microbudget Film (or any film, for that matter), is available now. He currently serves on AFI’s alumni executive board and is a faculty member at New York Film Academy. Follow him on Twitter (@WDFilmmaker) and Facebook.