How Pepe the Frog Became the Unwitting Mascot of Trolls, Racists and Incels (Podcast) 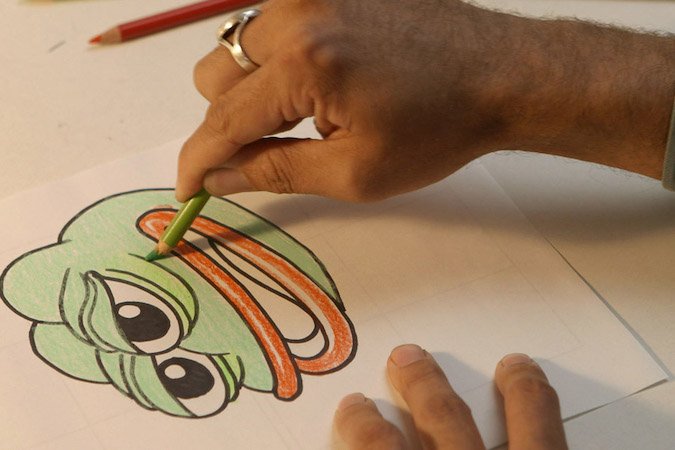 The new documentary Feels Good Man explores how racists, trolls and incels turned an innocuous cartoon character named Pepe the Frog into a symbol of hate. On the latest Low Key podcast, we talk about how the situation epitomizes many of the problems of the internet, where misinformation and propaganda choke out facts and helpful information.

Feels Good Man, directed by Arthur Jones, goes deep into the backstory of Pepe. Once he was a simple creature drawn by artist Matt Furie, known by the dorky catchphrase “Feels good man,” which he used to explain why he pees with his pants down.

The documentary shows how this innocuous creature was soon embraced by a depressing online community of do-littles who identify as “NEET” — an abbreviation for “not in education, employment, or training.”

When “normies” — aka normal people, including women — invaded their world by starting to embrace Pepe, the social outcasts rebelled, trying to make Pepe as repugnant as possible by affiliating him with Nazism, misogyny, and other repellant ideologies.

At some point, Pepe was embraced by many Trump supporters, who latched onto him as either a symbol of racism, a symbol of rejecting political correctness, or just a joke — a way of provoking the left. If anyone objected, they could dismiss that person as getting bent out of shape over a cartoon frog. Hillary Clinton was among those who took the bait, and Feels Good Man makes the case that doing so may have hurt her in the 2016 election. There’s little question that the endless Pepe memes fired up a subsection of trolls who focused their efforts on helping Trump.

So is the best reaction to provocations like Pepe… to not react? To call the lawyers? To try to reclaim Pepe as a figure of tolerance? Furie tried all three approaches, as Feels Good Man recounts.

In this episode of Low Key, we talk about how to combat the internet’s endless barrage of dumb provocation and inaccuracy, with the president of the United States leading the charge. And we talk about Twitter, Facebook, Google and other big tech companies’ accountability, if any, for the nonsense fueling their profits.

You can listen on Spotify or here, by pressing the arrow here:

Feels Good Man, which premiered at Sundance, isn’t yet available for viewing, but will be soon. Stay tuned.