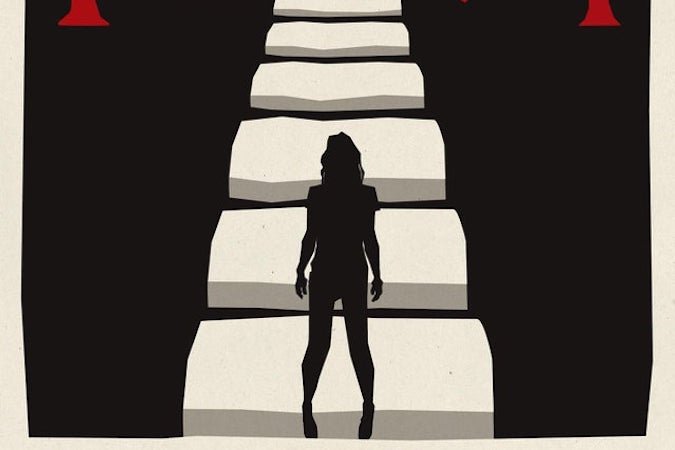 The new poster for Run, the follow-up by director Aneesh Chaganty to his transfixing 2018 thriller Searching, doesn’t tell you much about the plot — but it tells you plenty about Run‘s Hitchcockian influences.

We love it. It’s a throwback to classic Saul Bass posters like the one for Alfred Hitchcock’s Vertigo, with a jittery modern that plays into the plot of Run: a daughter (Kiera Allen) worries that there’s something amiss about her mother (Sarah Paulson.)

It’s hard to gather much more from the poster, even the characters’ names: They’re identified simply as “mother” and “daughter.” 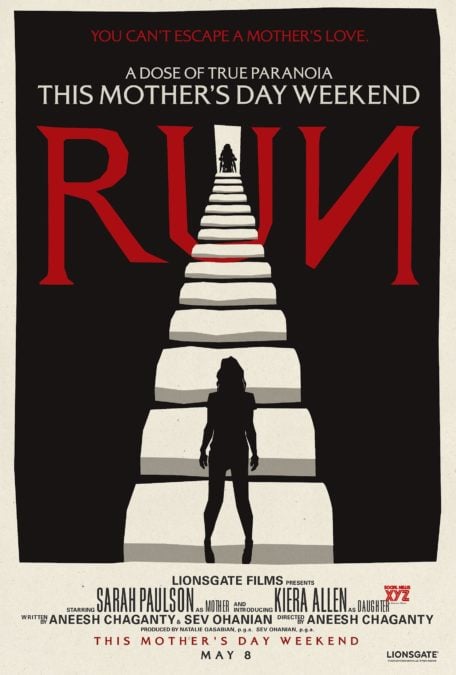 Chaganty, like Hitchcock, delights in limitations: Searching played out entirely on a dad’s computer screen, drawing comparisons to Rear Window for its protagonist’s limited scope. The single POV is also a bit akin to Rope, the first feature film to play out over what appears to be a single continuous shot.

He also shares Hitchcock’s flair for drama and hype: Yep, his mother-daughter drama will be released on Mother’s Day weekend. We know what we’ll be doing.

Oh: and Hitchcock also had a bit of an interest in mothers.

Run is written by Chaganty and Sev Ohanian, who also co-wrote Searching. The 2018 starred John Cho as a frantic father who desperately tries to retrace his 16-year-old daughter’s digital footprints after he discovers that she has suddenly gone missing.

For those who don’t like going into movies cold, there’s a bit more explanation in this first look from EW, which posted Wednesday, the same day the Run poster was released. It’s filled with details about Run.

Run, directed by Aneesh Chaganty and released by Lionsgate, is in theaters May 8.

Vitalina Varela Director Pedro Costa: ‘There Were No Pens or Computers On Set’
Good Time Cinematographer Sean Price Williams Eyeing a Move to Directing With a Script by Film Critic Nick Pinkerton