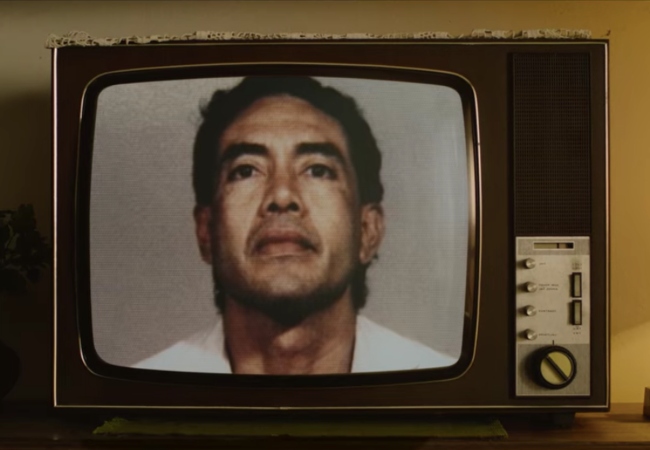 If you’ve seen the first two episodes of Heist on Netflix, you may be wondering whether the FBI ever located wanted fugitive and convicted murderer Roberto Solis.

The Sex Magick Money Murder chapter of the true-crime docuseries tells the story of Solis and his former lover, Heather Tallchief, who in 1993 pulled off one of the most infamous heists in Las Vegas history.

Together, Tallchief and Solis stole a grand total of $3.1 million in cash from the cash management company Loomis, which serviced ATMs at various Las Vegas casinos. At the time, Tallchief, then 21 years old, was working as a driver for one of Loomis’ armored cars. Her job was to transport large amounts of cash to various casinos around the city, dropping off her coworkers to fill up casino ATMs with cash before continuing on to the next location.

But on Oct. 1, 1993, Tallchief drove away from Circus Circus Hotel and Casino with the armored car and met up with Solis, who was the mastermind of the crime.

Tallchief was on the run for 12 years before surrendering herself to U.S. authorities in 2005. She served five years in prison and is now free, according to the docuseries.

Solis’ prior criminal record gives context to why he convinced Tallchief to help him pull off the infamous heist. He had served over 20 years in prison after he was convicted of murder in 1969 for killing Loomis driver Louis Dake during an attempted robbery of another armored truck that went wrong, according to Men’s Health.

As the documentary explains, though Solis was sentenced to life in prison, he was granted an early release in 1991 after poetry he began writing in prison under the pen name “Pancho Aguila” gained popularity and other artists wrote a petition to the parole board on his behalf. The doc adds that the Circus Circus heist may have been his attempt to get even for the years he spent behind bars.

Solis and Tallchief’s Bonnie and Clyde-style love affair didn’t last nearly as long as their lives as fugitives. A few months after the crime, Tallchief discovered she was pregnant with Solis’ baby. As a new mother, she says she soon grew tired of Solis bringing home other women, and so she took their son, Dylan, and left, taking with her only $18,000 of their shared $3.1 million. She explains in the docuseries that Solis didn’t try to stop her.

“The love wore off. Maybe it wasn’t really there. Maybe I was just fooling myself. But I just said, okay, I’m out. I’ve got, like, $18,000, and I’m going to take the kid and I’ll figure it out here in Amsterdam,” she says in the docuseries. “He didn’t put up any resistance. He didn’t question it, didn’t care. And that hurt a lot.”

Tallchief says she doesn’t know what happened to Solis after that, and that she is not in contact with him. He was never apprehended by authorities and he is still being searched for to this day — that is, if he’s still alive.

Roberto Solis is wanted by the FBI after he was charged in 1994 with bank larceny, conspiracy, bank fraud, and other crimes. Here is his FBI wanted poster: 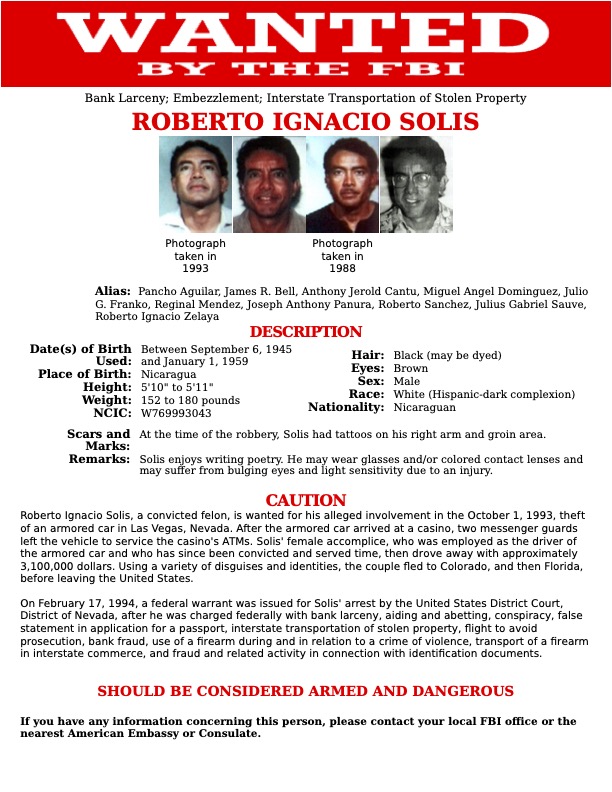 The FBI notes that Solis should be considered armed and dangerous, and if you have any information about him, contact your local FBI office or the nearest American Embassy or Consulate.

To Make Skater Girl, Manjari Makijany Had to Make It Clear That She — Not Her Husband or Father — Was in Charge
10 Haunting Details of the Sophie Toscan du Plantier Murder Case That Don’t Involve Ian Bailey