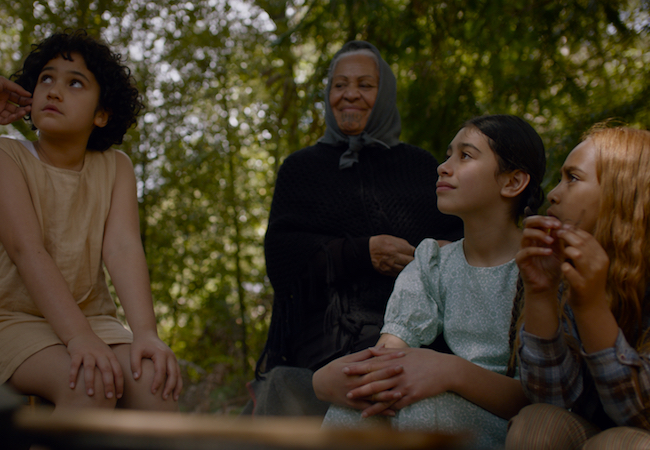 In 2010, Māori filmmaker Merata Mita passed away — and with her, so did a 20-year effort to adapt Patricia Grace’s novel, Cousins, a story about three Māori women.

Now, a decade later, co-directors and Māori filmmakers Ainsley Gardiner and Briar Grace-Smith have finally brought their mentor’s project to life. Their film, also called Cousins, provides a look at the modern lives of people indigenous to New Zealand.

It “was a beautiful thing,” Gardiner says. “It didn’t feel like Briar and I had this massive weight on us. We just felt like a couple of more hands guiding this project on its journey.”

To watch Cousins is to experience a Māori worldview, free of imposition from a non-indigenous perspective. Both directors credit recent social movements and female leadership to a shift in “the ground [opening] up a bit,” making people more open to the film.

Gardiner explains that “because of the nature of the film, multi-protagonist and a community film, and from the culture Briar and I come out of, two directors made sense for this project.” The decision felt very natural, Grace-Smith adds: “I think our culture has always been a culture of collaboration in people and community holding up a common vision.” 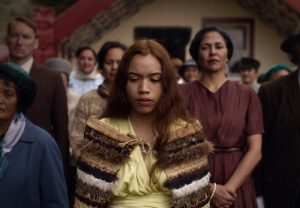 Themes of separation and connection are prevalent in all aspects of the film — from balancing the storylines of cousins Makareta, Missy, and Mata, to all the small details on the screen.

When casting, the directors focused on the common spirituality in each of the characters. Gardiner elaborates: “We had cast them energetically. As Māori women, [we] have an inherent experience of being Māori. It was quite important to actually allow them to just bring their own experiences and their full selves.”

Grace-Smith said the film took care to acknowledge the absence of one character at certain points in the story.

“They’re really different and we looked at them [as] all different parts of the same person. Even when we shot it, we talked a lot about the negative space and frame where the missing character would be all the time. So wherever they were in the world, there were three of them traveling together,” Grace-Smith says. 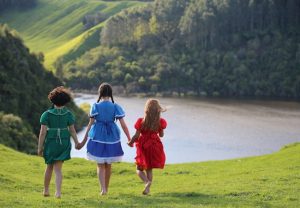 In the film, a marble with a red, blue, and green ribbon becomes a significant metaphor for the three cousins, who are visually associated with these colors.

“Land is obviously very important to us. So the idea there is a representation of land and air and fire and earth,” says Gardiner.

Cousins, directed by Ainsley Gardiner and Briar Grace-Smith, is now streaming on Netflix.