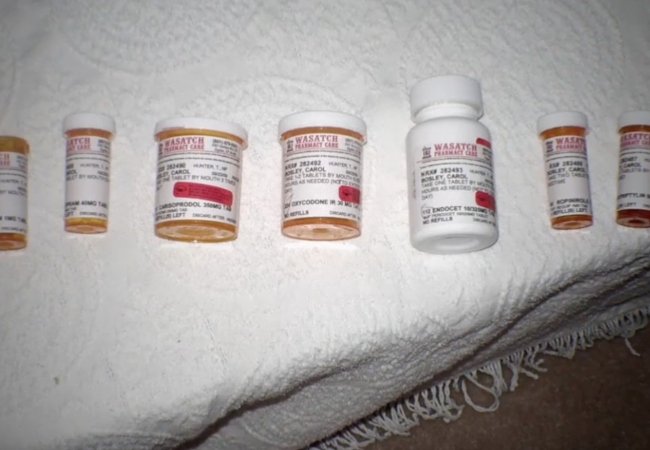 HBO’s two-part Crime of the Century documentary does a deep dive into the origins of the opioid epidemic — and the forces at play that perpetuate it to this day. The doc argues that there were strong financial incentives that triggered the overproduction, distribution and abuse of synthetic opiates, and takes a closer look at some of the pharmaceutical companies, doctors, drug reps, and government regulators at the heart of the crisis.

Directed by Alex Gibney (HBO’s The Inventor: Out for Blood in Silicon Valley and Going Clear: Scientology & The Prison of Belief), the doc is presented in association with The Washington Post.

One of the doctors interviewed is Dr. Lynn Webster, an anesthesiologist specializing in pain management, who currently serves as the vice president of Scientific Affairs of PRA Health Sciences and formerly served as president of the American Academy of Pain Medicine, according to his website. He opened Lifetree Pain Clinic in the 1990s and sold it in 2010, according to a 2013 story about Webster jointly reported by MedPage Today and the Journal Sentinel.

Crime of the Century filmmaker Alex Gibney told NPR that he believes that Dr. Webster — and many other doctors who were part of the opioid drug boom in the late 1990s and early 2000s — may have been motivated to prescribe higher doses in order to earn more money.

“I think that one of the problems that enters into this equation that’s even bigger than the opioid crisis is the problem of economic incentives in medicine. And nowhere is that more evident than in the opioid crisis — where the incentive, whether you internalize it, whether you recognize it consciously or not, is to prescribe more and more and more because you’re making more money,” Gibney said.

“But I think that what’s disconcerting is that [many] people died of overdoses at Webster’s clinic. And so many people were dying that it caused the medical examiner to look into it and ultimately caused the DEA raid on the place.”

A representative for Webster did not respond to a request for comment.

Webster was interviewed in the first part of Crime of the Century about one of his former patients, Carol Bosley, who died of an overdose in 2009 from painkillers prescribed to her for back pain while she was a patient at Lifetree, according to the Salt Lake Tribune.

MedPage Today and the Journal Sentinel also reported that Webster was investigated by the U.S. Drug Enforcement Administration in 2010, and that DEA agents raided the clinic looking for patient records.

Dr. Andrew Kolodny, executive director of Physicians for Responsible Opioid Prescribing, was also interviewed in the doc, and he shared his opinion of Dr. Webster’s practices, accusing him of accepting money from pharmaceutical companies in exchange for helping them market their products, serving on advisory boards, and speaking at medical events.

In 2013, the Salt Lake City Tribune reported that there was an investigation by the U.S. Senate Committee on Finance into the financial relationship between opioid companies and nonprofit organizations that promote the prescription of those drugs, including the American Academy of Pain Medicine, where Webster once served as president.

The Tribune reported that the committee also sought records of payments from opioid companies to four doctors — including Webster — who are board members of the group.

But in Crime of the Century, Webster argues that opioids can be a safe and effective method of treating patients with chronic pain, and that cases of patients getting addicted to pain killers like OxyContin are rare.

“You have to be exposed to a drug that’s rewarding like an opioid in order to develop the disease of addiction, but it’s not sufficient,” he says. “Meaning, most people exposed to an opioid will never develop an addiction to it, regardless however long they’re on it.”

It’s a sentiment shared by Purdue Pharma, which claimed in its marketing of OxyContin that only 1% of patients actually got addicted to the drug, according to marketing materials shown in the documentary. (A Purdue spokesperson told Kaiser Health News in 2018 that Purdue has not made that claim “in more than 15 years.”)

The CDC, meanwhile, says that between 1999 and 2019, nearly 500,000 Americans have died from overdoses involving an opioid, including prescription and illicit opioids.

But like Richard Sackler — a member of the mega-wealthy Sackler family that owns Purdue Pharma, the company responsible for introducing OxyContin to the drug market in 1996 —Webster has said that opioid abusers are to blame for the opioid epidemic rather than the drugs themselves.

The documentary shows an email sent by Richard Sackler to an undisclosed address that states: “We have to hammer on the abusers in every way possible. They are the culprits and the problem. They are reckless criminals.”

Reps for the Sackler family and Purdue Pharma did not respond to requests for comment for this story.

Webster also argued that relieving a patient’s pain can sometimes be the difference between life and death.

In an interview with the Salt Lake City Tribune, Webster said he’d had a male patient who fatally shot himself after Webster refused to refill his prescriptions.

“I’ve had patients say anything is better than the hell of pain, the hell of torture,” he told the Tribune. “You’re caught. If you don’t treat they may commit suicide, and if you do treat and they misuse, they die of an overdose.”

He also says in Crime of the Century: “Here’s the story of so many people with severe pain. Life is not worth living unless they have their pain treated. … You as a clinician are always there trying to decide is the lack of treatment going to cause more harm than the treatment? Every one of my patients I had to give that consideration to. It’s not easy to make the right choice all of the time.”

Parts 1 and 2 of Crime of the Century are now streaming on HBO.