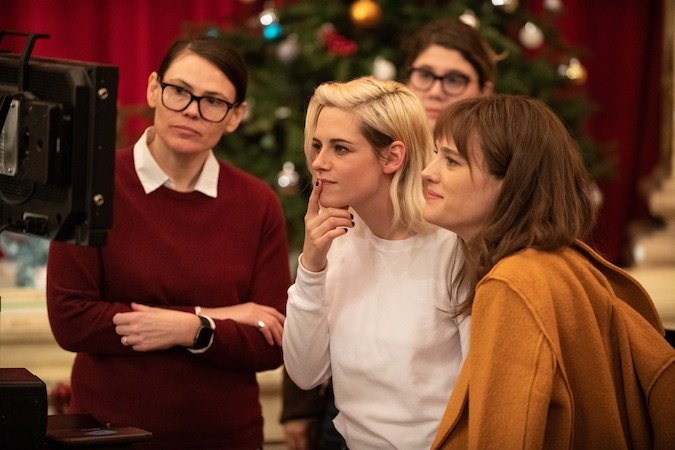 Happiest Season stars Mackenzie Davis as a woman who brings her girlfriend, played by Kristen Stewart, home for the holidays — but hasn’t told her family she’s gay. In this feature, director Clea DuVall goes over what her acting career taught her about directing.

As an actor, I’ve had a wide range of good and bad experiences with directors. The good experiences were what kept me in an industry that is not always kind, and reaffirmed my life choices. The bad experiences sometimes felt like they reinforced the parts of myself I hoped no one else could see. I know, I know: very dramatic. But remember, I’m an actor.

When I directed my first film, The Intervention, I brought some tools with me, but also a lot of baggage. I was so afraid of becoming the kind of director I disliked that I spent a lot of my time trying to achieve negative goals — I don’t want to be too controlling, I don’t want the actors to feel like they don’t have a voice, etc. Spending all your time making sure you’re not being something doesn’t allow much space to be what you are.

Prepping my new film Happiest Season, I didn’t want to focus on the negative. It was my first studio movie, and I was telling a personal story that meant a great deal to me. The stakes were high and there were so many actual goals to focus on that I didn’t have time for the negative.

The cast was huge and full of busy actors who were working on other projects before, during and after our movie. This meant we never had a table read, and the first time we were hearing the scenes out loud was during rehearsal, right before we shot. Not ideal, but it was worth it to have the incredible cast I still can’t believe we were lucky enough to get.

Our schedule was ambitious. Every day seemed nearly impossible, and I knew we didn’t have time for luxurious on-set rehearsals. In order to maximize our time on the day and not completely lose my mind, I started building creative scouts into my prep schedule.

The creative scouts consisted of myself and my DP (the extremely talented and delightful John Gulesarian) going to the locations and walking through the scenes. This was an opportunity for us to be in the spaces without anyone watching or waiting, and we would revise our shot list based on what we learned. 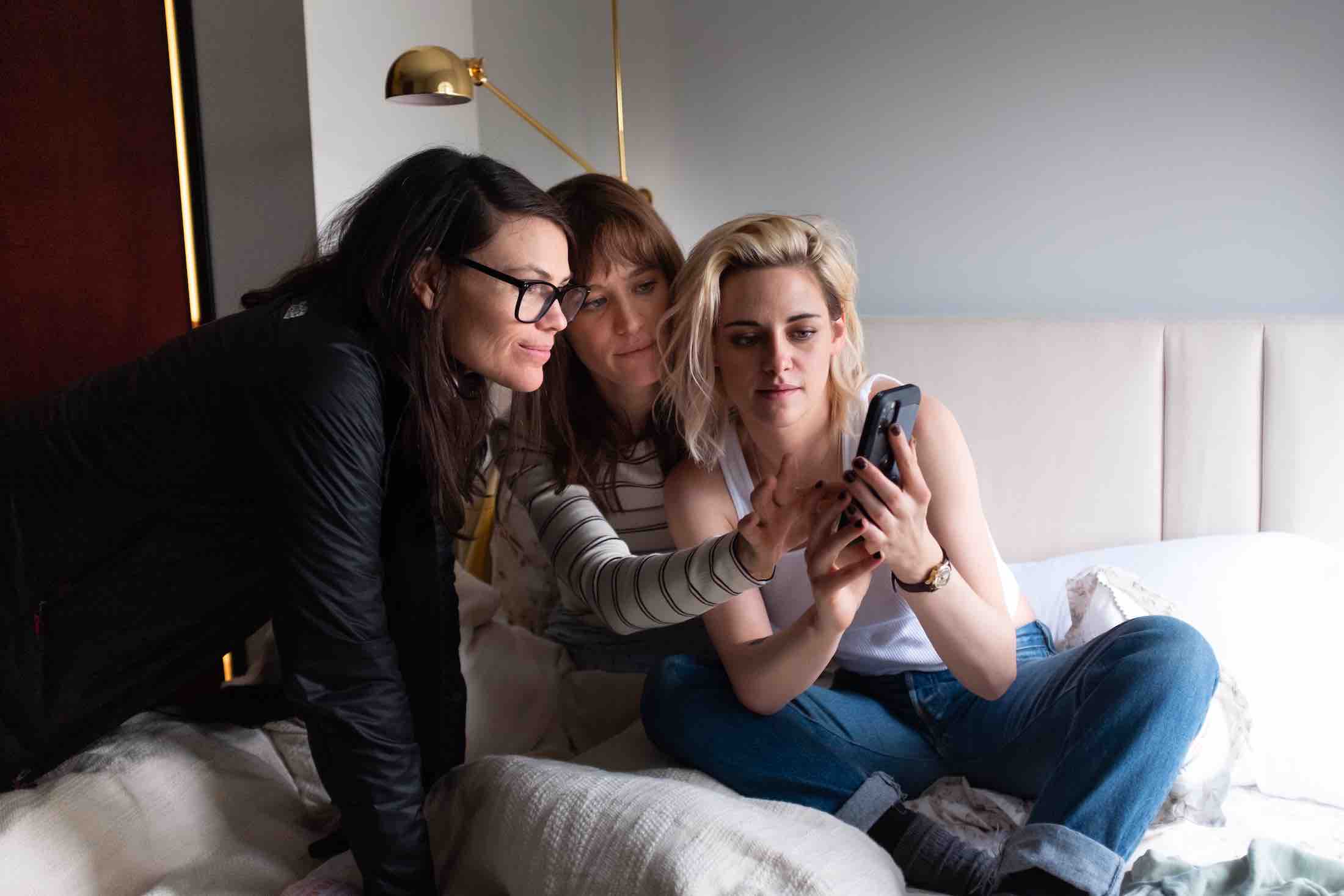 On my first film, I was resistant to do even loose blocking without actors, because I didn’t want them to feel micromanaged. But when you have long scenes with over a dozen actors all crossing in and out, you need a game plan, or it’s chaos. Once the camera is rolling, you can send the actors off to the races, but you have to give them a starting line. The creative scouts gave me a deeper understanding of not only the spaces and the scenes, but of each character and the role they played within them. With such a big cast, it’s easy to let actors or moments fall through the cracks, but the preparation we did created an overall vision that I hadn’t experienced on my first film.

Every day of the shoot, John and I would arrive over an hour early to walk through the day’s work and refresh ourselves on everything we discussed in prep. Then when the actors arrived, we would first read the scene. Just read it. No acting, no blocking, just getting the words out of their mouths for the first time in front of other people. And I would NEVER, no matter what, give them ANY direction on the readthrough of the scene. I always feel vulnerable the first time I’m reading lines out loud in front of people, and I think every actor should be given the opportunity to do that without feedback.

Next, we would put the scene on its feet. I would talk the actors through the general blocking, then once they ran the scene together, we would fine-tune based on what felt the most organic to them. The majority of the time, the actors and I would be in sync as it related to the blocking and tone of a scene, but if we disagreed, we would talk through the scene to figure out what was bumping and make adjustments accordingly. 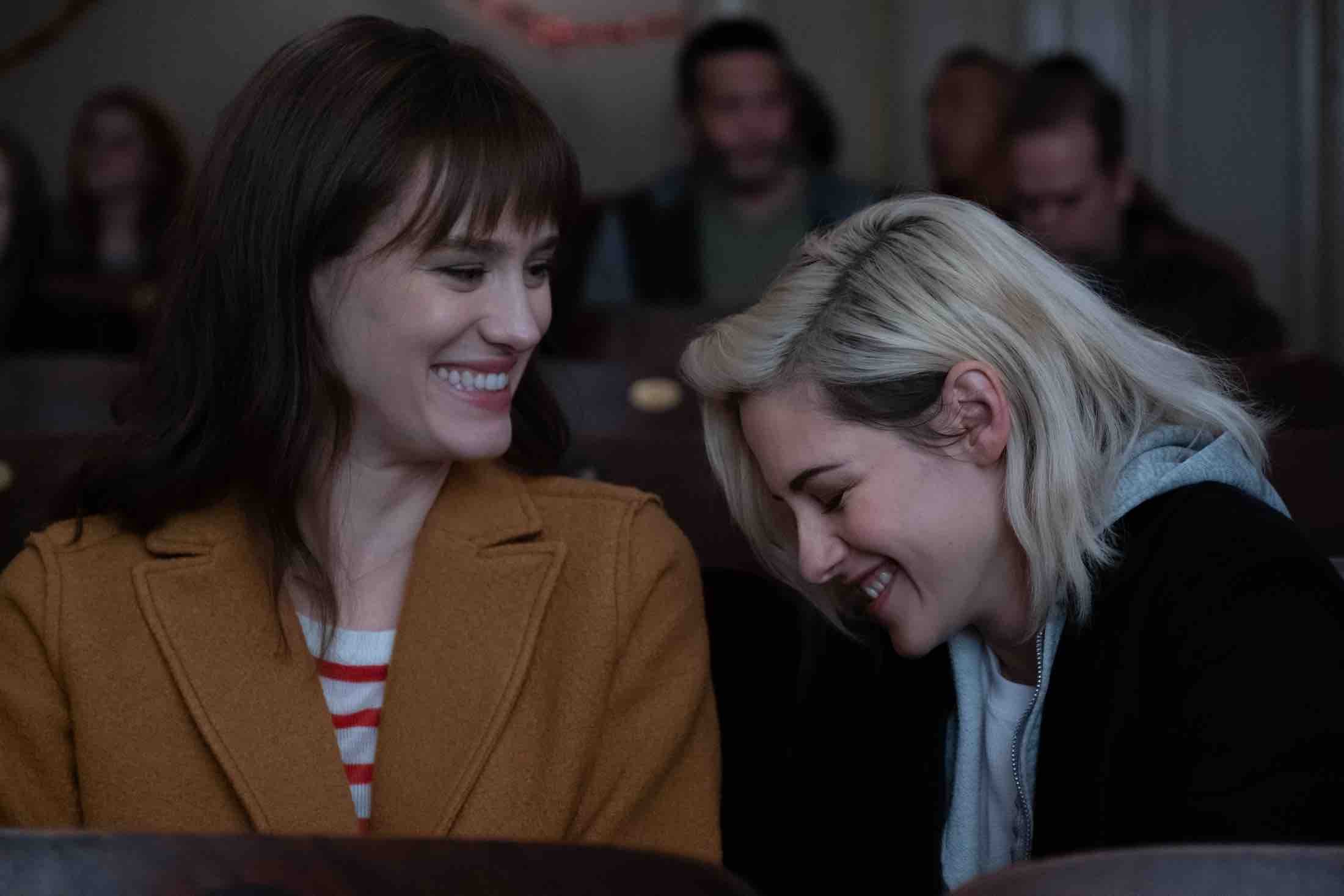 Once filming began, I would let the actors take one or two takes before giving them any direction. Actors are smart, and they think about their characters in a way no one else does, so if you give them direction too early, you’re robbing yourself of something you may not be able to get back. If the actor/actors were not getting the tone of the scene or missing beats, in between takes we would talk through the moments that weren’t landing and I’d find a way to communicate what was needed, whether it be a new attitude, starting the scene at a different emotional place, finding where to take a beat, or speeding up. Usually after a take or two they would find it, and we’d move on.

Sometimes an actor struggled because they couldn’t get to the place they wanted to be. Most of the time, the actor was doing a great job, but had set a goal for themselves only they knew they weren’t achieving (something I do as an actor ALL THE TIME). If that was the case, I would try to reassure them and remind them that no one else had the expectation they felt they were not meeting. Sometimes it made it better, sometimes it didn’t. That’s a tough battle that no director has ever helped me win.

The experience of making Happiest Season was incredibly healing. There were so many mistakes I made on my first film that I didn’t let myself off the hook for. It’s not that I didn’t make mistakes on Happiest Season. I did. But they were new ones. Having the opportunity to stop focusing on the kind of director I didn’t want to be gave me space to be the director I am. I was able to take ownership without feeling like a dictator, and create a process that allows myself, the cast and the crew to feel safe enough to do their best work. I look forward to my next film, when I can correct my most recent mistakes and make a whole slew of new ones.

Happiest Season, directed by Clea DuVall, and starring Mackenzie Davis and Kristen Stewart is available to stream on Hulu this Thanksgiving. Photos by Lacey Terrell.

Netflix Commits Another $1 Billion to New Mexico Productions
Is The Crown Factual? What’s Real and What’s Made Up