In Run, a Tight Space Makes for Taut Mother-Daughter Drama 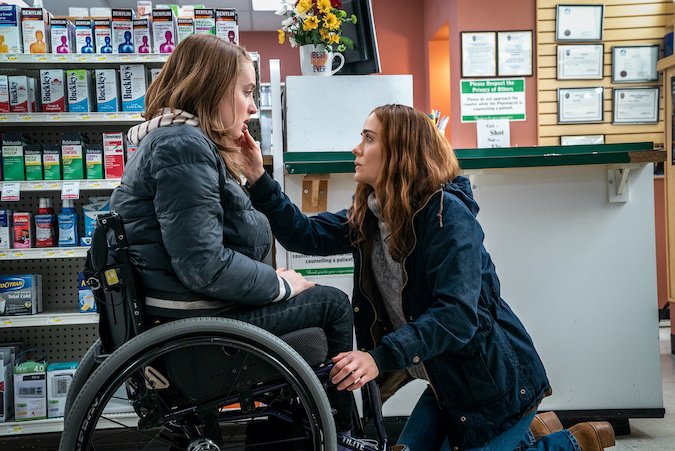 The creators of Run — Aneesh Chaganty, Sev Ohanian, and Natalie Qasabian — didn’t set out to make the most relatable film of 2020, but they have: It’s about a young woman, played by Kiera Allen, who desperately wants to go outside.

No, she isn’t stopped by a virus. She uses a wheelchair — just like Allen, and in the film’s most unforgettable sequence, she faces a series of obstacles designed to keep her trapped in her room. They might seem insurmountable even for someone with the full use of her legs.

We spoke by phone with Run writer-director Aneesh Chaganty, co-writer Sev Ohanian, and producer Natalie Qasabian just as Los Angeles began its self-quarantine against the coronavirus. Soon after we spoke, their film, like so many others, was pulled from the release calendar. It arrives on Hulu on Friday.

Producers of films about people who use wheelchairs often say they tried their best to cast actors who use wheelchairs, too. But they almost inevitably also say that they just couldn’t find the right actor for the part. For the Run moviemakers, there was never a question.

“It was never a controversial topic between the three of us. It was sort of like, ‘Yeah, we’re doing this right?’ ‘Yeah.’ ‘Cool.’ And then the process of actually finding this person proved to be an intense and countrywide sort of search. And we ended up finding this incredible talent in Kiera Allen,” says Chaganty.

Their search included a grassroots effort to find the right actor online. They encountered one especially discouraging obstacle: Actors who claimed that they used wheelchairs in their real lives — but didn’t.

“There were a couple of young ladies we saw that submitted themselves as people with disabilities. And we were like, wow, they’re really talented… but somebody looked them up on Instagram,” said Ohanian. “There were videos of them walking on the beach from like, two hours ago.” It made them more determined to find the right star. Allen, a 20-year-old Columbia University writing student who had previously only been in a short film, made their short list.

At one point during the decision-making process, the producers told her over Skype that there were a lot of stunts involved, and joked that she should start prepping like Rocky Balboa. But Allen hadn’t seen Rocky.

“I felt very, very old,” Qasabian said. “And then, like a week later, she sent the three of us a video of her, scored with the Rocky theme, prepping on her arm bike and using her Harry Potter wand, because she’s a big Harry Potter nerd and so are we.” 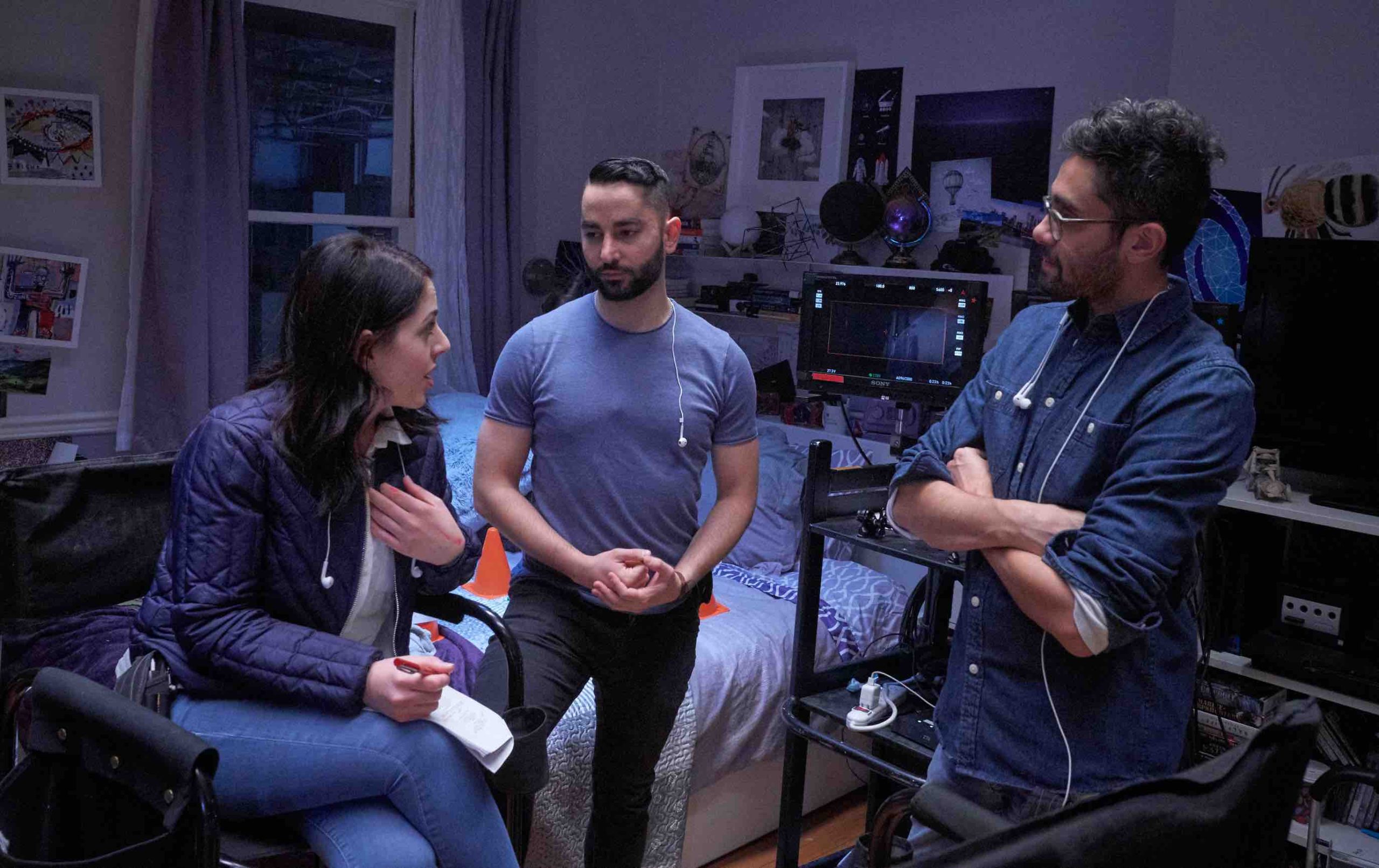 She got the part. Soon she was in Los Angeles, meeting Sarah Paulson.

Chaganty, Ohanian, and Qasabian met at the USC School of Cinematic Arts. Ohanian was a teacher’s assistant who noticed that one of his students, Chaganty, was “really smart, really talented, had really strong ideas.” They started collaborating. Qasabian and Ohanian, meanwhile, had met at an Armenian networking event — “very glamorous,” she deadpans.

Qasabian was working on another film when Chaganty and Ohanian asked her to join them on Searching.

“I had absolutely zero time,” she recalled. “But I remember I read the very first draft. I think it was like an outline at the time.

I just remember thinking about the person who would produce it if it wasn’t me and feeling really jealous of that imaginary person. So I said yes. And then ended up producing essentially two things at once, but it was the best decision I ever made.”

Orson Welles has been widely quoted as once saying, “The enemy of art is the absence of limitations.” With Searching and Run, Chaganty, Ohanian, and Qasabian have used cinematic limitations to their advantage, finding drama in the constraints of a small screen and an isolated home.

It’s matched their creative goal of telling small stories with the emotional resonance of big ones.

“I’ve always wanted to not be the director that went from a sub-$1 million movie to a kajillion- dollar movie, but rather to take these slow measured steps,” says Chaganty.

But like many of us, they may be getting tired of being so pent-up.

“I think our next movie is going to be like the biggest open-world movie of all time,” says Ohanian.

Run, directed by Aneesh Chaganty and starring Kiera Allen, is available to stream on Hulu this Friday.

‘Whatever in Love Means’: Here’s Prince Charles and Diana’s Real Interview, as Seen on The Crown
Edward Norton: Trump Wants a ‘Nixon-Style Deal’ to Exit Without Being Prosecuted