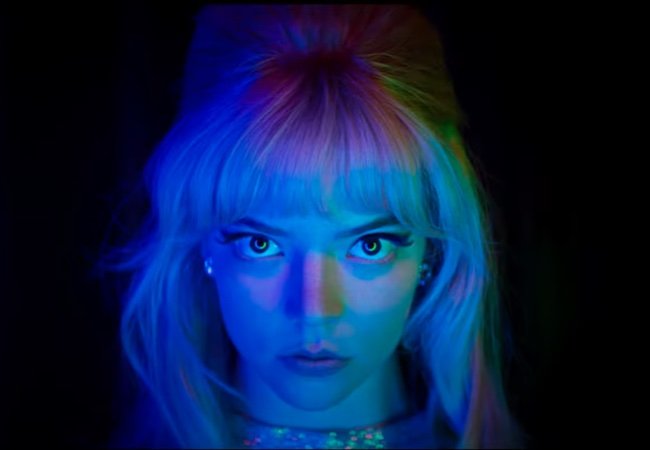 Hannah Gadsby is not pleased with Netflix and its handling of this Dave Chappelle situation; how Anya Taylor-Joy’s Last Night in Soho character evolved; you’re invited to celebrate the life of producer Mark Harris. All in today’s Movie News Rundown.

Is Anything Out Sunday? On Sunday, the darkest and funniest show on TV, Succession, begins its third season right where Season 2 left off. I’ve seen the first four episodes and it remains hopefully addictive — like a drug you enlist a waiter to help you procure in the middle of the night, Chappaquiddicking him in the process. It’s that good!

‘Amoral Algorithm Cult’: In a defense of Dave Chappelle’s The Closer, Netflix co-CEO Ted Sarandos listed Hannah Gadsby’s Nanette among the many programs Netflix has offered its subscribers “to ensure marginalized communities aren’t defined by a single story.” He probably should have checked with her before he did that. “Hey Ted Sarandos,” Gadsby wrote on Instagram,. “Just a quick note to let you know that I would prefer if you didn’t drag my name into your mess. Now I have to deal with even more of the hate and anger that Dave Chappelle’s fans like to unleash on me every time Dave gets 20 million dollars to process his emotionally stunted partial world view. You didn’t pay me nearly enough to deal with the real world consequences of the hate speech dog whistling you refuse to acknowledge, Ted. Fuck you and your amoral algorithm cult.”

Anya Taylor-Joy: In our cover story on Last Night in Soho, director Edgar Wright says that Anya Taylor-Joy’s character, an aspiring 1960s singer named Sandie, was initially supposed to appear in dreamlike sequences and have no lines. But Wright’s co-writer on the film, Krysty Wilson-Cairns, observed that the audience needs to fall in love with Sandie — which might not be possible if she doesn’t speak. So now she does.

Thoughts on Collaboration: “With a really good collaboration,” Wilson-Cairns says, “you don’t quite know where your work ends and their work begins.”

Celebrate Mark Harris: You’re invited to join friends, family and fans of the producer behind Gods and Monsters and Best Picture winner Crash, who died in June at the age of 80 after six decades in Hollywood. A celebration of his life will be held this Sunday in Burbank at 4 p.m. “On Sunday, October, 17th, we will come together in the courtyard (outside) at the Garry Marshall Theatre to celebrate Mark Harris: his loves, his legacy, his basketball prowess, and his incomparable road rage,” reads the invitation, which includes details and how to RSVP. “Mark personified the very best of Hollywood’s gritty old guard,” says his longtime collaborator, Steven Vosburgh.

Congratulations: To the winners of the Heartland International Film Festival, which continues through Sunday. All These Sons and Americanish won the $20,000 grand prizes, Mass won the FIPRESCI Award, and Procession won the Richard D. Propes Documentary Social Impact Award.  The full list of winners is here and you can buy tickets to the winners here.

Comment of the Day: “OhmygoshTim, I love you but if ONE more person recommends The Guilty without acknowledging that it’s a remake and that the 2018 Danish original is fan-flippin-tastic (and, according to the critics, a better film), I’m gonna flip my lid,” says Josh Barkey. Love you too, Josh! Sorry.

Have a Great Weekend, Everybody: And of course, fuck you and your amoral algorithm cult.