Cheap Effects: Ways to Pull Off Impressive FX in a Pinch 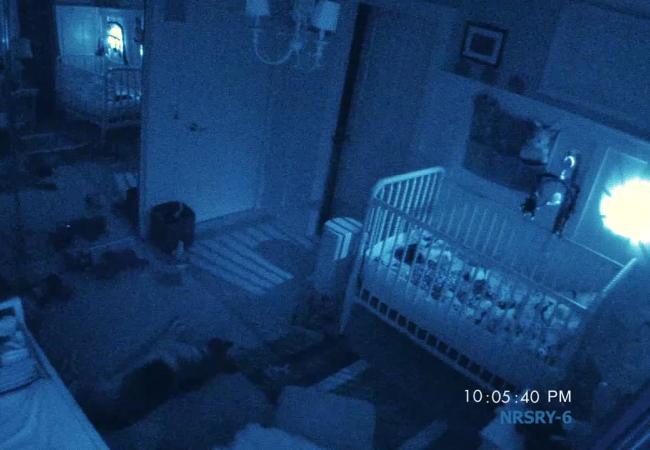 When it comes to a movie of any budget, good storytelling is always key. Sometimes, though, part of that storytelling includes visual and special effects.

That can be an expensive proposition seemingly far beyond the reach of a low-budget moviemaker. But with a little bit of creativity and hard work, your movie, too, can have explosions, raging fires, and gruesome wounds—whether you’re working with just $50,000 (and a lot of favors to call in), $250,000, or $500,000.

The secret to good effects in a low-budget film is “doing a few shots really well,” says Vancouver-based director and VFX specialist, Zach Lipovsky. “By far the most important thing is picking the right shots and doing them as close to perfectly as possible. Then you can go cheap on the rest.”

Although he’s now busy directing projects such as the Leprechaun reboot for Lionsgate/WWE, Lipovsky first gained attention for his VFX-heavy short films as a finalist on Steven Spielberg’s reality show, “On the Lot.” (He’s quick to point out that Spielberg’s Jurassic Park still stands up today, even though it only has 62 VFX shots.)

Lipovsky’s most recent film, as yet untitled, is a found-footage horror film circling the $300,000 budget range. It revolves around two friends who go on an around-the-world trip during which, of course, things go terribly wrong.

“The found-footage genre allows you to get a lot more out of your effects,” notes Lipovsky, because the shaky footage and natural light help hide the seams. Lens flare helps, too. “These things distract the eye from the things we’re so used to being able to pick apart, thus helping a computer-generated image merge into the fabric of the film.”

Lipovsky also suggests using whip pans. A lot of whip pans. “If you’re doing a long take, you can whip pan amongst subjects, and within those jolts you can hide the beginning and ends of your visual effects.”

One simple, creative effect that Lipovsky has used a number of times involves a sequence where a character is running extremely fast. To create the effect, Lipovsky first films a running actor while driving next to him on a scooter. He then films the same shot while driving faster, but this time sans actor with only the background in the frame. His team then takes this second shot (of the background filmed while driving faster) and composits it behind the shot of the actor running, to increase the apparent speed. The footage looks remarkably realistic, and it’s surprisingly easy to implement.

Rob Hall, owner of Almost Human Inc., is no stranger to working on microbudgets, having collaborated with the iconic—and economical—Roger Corman on more than 30 projects. His company is particularly sought-after for its combination of practical and makeup effects and digital effects technologies. Almost Human’s credits include films like Superbad, Pineapple Express, and genre movies like Laid to Rest and Paranormal Activity 2.

Hall’s advice to filmmakers: “If your movie has a decent amount of effects in it, always allocate at least 10 percent of your budget to creating them. Don’t go to people with two percent [of your budget] asking what they can do,” he jokes, “because you won’t get much.”

Still, expensive-looking explosions are cheaper than you might think. There are several affordable digital packages of stock footage that include explosions, gunfire, flying debris, blood hits, smoke, and fire—all of them royalty free.

The Action Essentials footage set from Videocopilot.net is particularly popular. “Anything you could possibly want is all ready to be dropped into whatever shot you’re doing without any work,” says Lipovsky. “It’s a pretty awesome VFX library.” Hall agrees: “It’s a great way to accent your effects.”

With the technical advancements of digital effects technology, Hall says, “Don’t worry about what you’re capturing on camera.” If you need a nice dramatic shot of a wound, you can paint it on later. “It’s very, very easy to manipulate digital images. In the days of cutting strips of film it was difficult as hell. But those days are gone.”

To facilitate said manipulation, Hall cannot stress enough the doctrine of clean plates. “You want to make sure you’ve got clean plates of everything you’re doing,” he says. His recommendation is to roll at least five seconds of any background footage without the actors so that if a character gets shot in the head against a door, you have a clean shot of the door to work with on the computer.

But before you get too carried away with digital effects, Lipovsky has a suggestion. “Try to use as many real elements as you can and then composite them in your computer,” he advises. “It will give you a look that’s a lot more realistic than starting from scratch in a program. When you don’t have a lot of money, starting with real elements and then bringing them together is usually a safer bet.”

Scary or Die is proof that a movie with even the smallest budget can be successful. Done for around $50,000, it was the most-rented horror movie for four weeks at Red Box, found its way into all the big box stores, and slithered onto the top view sheet on Netflix. “We made it for nothing,” says director-producer Michael Emanuel. “We all pitched in. It was a labor of love and it turned out to be something great.”

For his previous directorial effort, Maneater, a creature feature with a budget around $350,000, Emanuel was desperate to keep a scene in the movie where a deer goes through the window and its antlers impale the driver. However, he didn’t have the money to fling the deer through the windscreen. His solution? Shoot the scene backwards.

He started with the antlers already into the driver, and instructed him to act in reverse while the crew pulled the deer head out. Meanwhile, someone sat in the back seat and threw a bucket of rubberized glass in the same direction as the deer was being pulled so, run backward, the glass and the deer flew toward the actor. The believability of the sequence is further improved by smoke (a smoke machine simulating engine fire) and darkness (the scene was shot at night). And to create the perception that a real deer was actually involved in the accident, they used footage of a deer on the road—an outtake from a fellow filmmaker’s unused B-roll. “It actually turned out pretty good,” laughs Emanuel.

In the same film, Emanuel had to have a character drag a much heavier body without seeming to expend much visible effort. To achieve this effect, Emanuel put a piece of cardboard underneath the heavier man and tied a rope to him. At his cue, the PAs stood behind a tree and pulled on the rope, sliding the body along in discreet unison with the actor.

“You always have to find creative ways to solve problems,” Emanuel says. “I think some of the coolest stuff comes out of not having the money to fix something expensive. Ingenuity borne of desperation can really surprise you!”

As in Maneater, most of the effects used in Emanuel’s more recent, and cheaper, Scary or Die were practical effects (like splattering blood with a bike pump), or simple makeup tricks. “Scary or Die was old school,” Emanuel notes. “We had to be extremely economical on everything we did.” Still, there was a key digital effect in the movie when a character gets bitten and the wound begins to grow. For that, Emanuel called in a favor from his friends in the horror film community. “Some of the people who lent a hand on Scary or Die are people who frequently work on tentpoles, but were willing to help on our tiny project out of genuine excitement and good will.”

Besides money, your cast and crew’s time is the biggest factor you need to consider on any low-budget project—but especially one with visual effects. “It’s easy to get people to show up for a weekend shoot,” laments Lipovsky. “But it’s always tough doing VFX on the cheap because it just takes more time and commitment from everyone involved.”

Hall elaborates: “You have to have money or time. If you don’t have either, you’re putting yourself in a bad position. But if you go to someone and say ‘I don’t have a lot of money, but I don’t need the work finished for six months,’ that might help get you someone to volunteer for you who on a two-week turnaround would’ve slammed the door in your face.”

With a liberal schedule and a good network, according to both Hall and Emanuel, you can achieve a lot on a small budget. “You can get amazing work with just a guy who really knows what he’s doing and a $100 computer program,” says Hall. “Chances are that if you’re a moviemaker in any decently-sized city, you can probably throw a rock and hit a an aspiring effects artist.”

Whether that means hitting Craigslist, message boards, or social networks, the key to success is connecting with like-minded people willing to work for reel material. Luckily for Lipovsky, he had experience doing VFX for other people’s movies. “When it came time to make my own movies,” he explains, “I had three years of favors to call in on. When you don’t have a lot of money, you really have to find passionate people who want to do stuff that will help them in the long run, too.” MM

This article appears in MovieMaker‘s Complete Guide to Making Movies 2013.