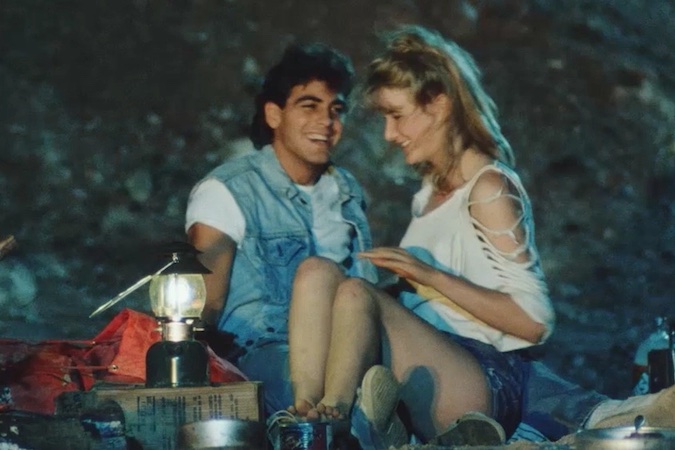 The 1983 horror movie Grizzly II: Revenge boasts a cast that includes George Clooney, Laura Dern, and Charlie Sheen. But it may never have been released if not for Hungarian producer Suzanne C. Nagy, who finally made it available to audiences after 37 years.

On the latest episode of The Industry podcast, host Dan Delgado interviews Nagy, the original producer of Grizzly II: Revenge. You can listen on Apple or Spotify or here:

A sequel to the popular 1976 film Grizzly, which cashed in on the post-Jaws killer animal craze, Grizzly II: Revenge follows the story of a mama bear who attacks a large rock concert to take out her rage towards the poachers who killed her cub.

Grizzly II finally arrived in 2020, and that’s largely thanks to Nagy, who self-funded the film’s completion. It was delayed for 37 years by a comedy of errors that included a broken mechanical bear — as well a producer who fled the country will all of the film’s financing, and lawsuits preventing Nagy from getting artistic control.

In the decades between when the film started shooting and its eventual premiere at the Hollywood Reel Independent Film Festival, Nagy ran a successful art gallery, and vowed to wait to finish Grizzly II until she could fund it completely on her own.

“I said, I’m going to do the film when I can spend the money without any problem, and if the movie is the biggest flop and never makes a penny, I will be fine. I need to do it for myself,” Nagy said. “So 2018, I looked around at the industry, what’s going on — everything is digital at that time. I said, ‘Perfect.'”

Nagy converted one of the rooms in her art gallery into an editing room and got to work on the decades-old footage from Grizzly II. She soon realized she was short 17 minutes of very important footage that never got shot, including the scene where the bear eats people at the concert and the inciting event that angers the bear in the first place.

“So the idea was either we go on location and I purchase a couple of crowd scenes, coming to [the] concert, et cetera, or I just start to purchase film clips and fill up the gaps. And that’s what I ended up doing,” Nagy said. “I purchased 17 minutes, or millions of clips — I mean, probably I used up 50,000 clips to be able to come up with all of the missing scenes, what was missing in the movie, to be able to make a coherent story.”

She hired a professional editor, and finally, Grizzly II: Revenge was complete. By that time, the long-unfinished movie’s star-studded cast and 1980s horror aesthetic had accumulated a certain legend, and when it was released in 2020, distributors were clamoring to get ahold of it. Nagy signed a deal with Gravitas Ventures for distribution, and another deal with Showtime.

You can stream Grizzly II: Revenge on Showtime and Amazon Prime Video, and see the trailer below.