Gone With the Wind Jumps to No. 2 on Apple Movies After Being Dropped by HBO Max 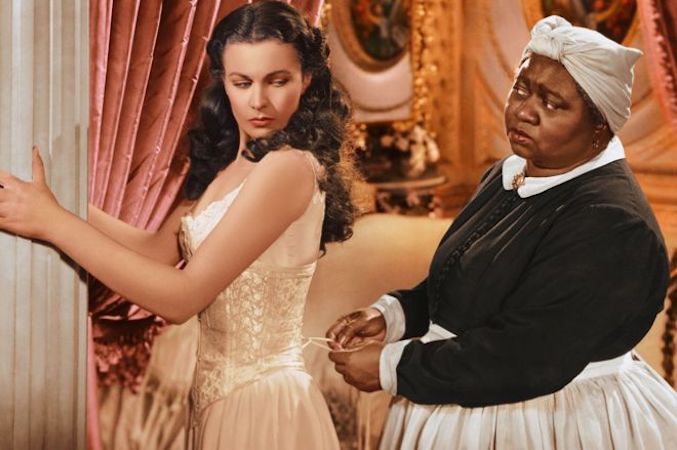 HBO Max’s decision to temporarily drop Gone With the Wind has boosted the 1939 film’s fortunes on Apple, where it jumped Wednesday to No. 2 in the rankings of top movies.

There’s no telling what sparked so many people to watch Gone With the Wind, a nearly four-hour, 80-year-old film, but the publicity from the HBO Max decision doesn’t seem to have hurt.

HBO Max told news outlets Tuesday that it was pulling the film because of “racist depictions [that] were wrong then and are wrong today,” but that it will return eventually “with a discussion of its historical context” and a denunciation of its racism. 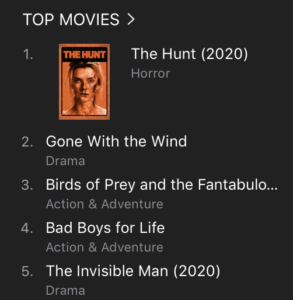 The service made the decision as Hollywood re-evaluates its long history of racist portrayals on film and in television, given the global protests of George Floyd’s killing by police and demonstrations in support of Black Lives Matter. Major entertainment corporations like Disney and Netflix have expressed support for the movement and pledged to make massive changes.

Many — including the Think Tank for Inclusion and Equity, a group of progressive TV writers — have argued that “one of the main reasons why much of America — law enforcement in particular — systematically racially profiles Black people is that television and motion pictures perpetuate problematic imagery and exclusionary messages.”

Also Read: Meet the UCLA Professor With the MEANS to Diversify Hollywood

Gone With the Wind is often cited as a purveyor of Hollywood racism because of its racial caricatures. Hattie McDaniel became the first black person to win an Oscar, for her portrayal of an enslaved woman called “Mammy,” and accepted it in a ceremony at a segregated hotel. No black performer won another Oscar for nearly 25 years, a testament to the lack of roles available for black actors and actresses at the time.

One Apple reviewer Wednesday noted that June 10 was McDaniel’s birthday.

It seems a lot of Apple viewers were politically minded Wednesday night: The top choice was The Hunt, a thriller about a band of liberals who round up and hunt so-called deplorables. It was made available for streaming after COVID-19 pushed it from theaters.