Meet the UCLA Professor With the MEANS to Diversify Hollywood 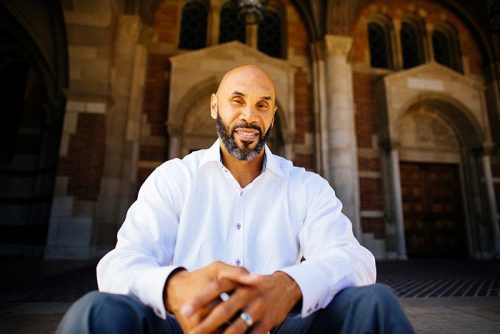 For six years, UCLA sociologist Darnell Hunt and co-author Ana-Christina Ramon have studied Hollywood’s lack of representation with the annual Hollywood Diversity Report. Hunt says that what seems like an overwhelming problem in the film industry can be addressed with a series of changes represented by the abbreviation MEANS.

Hunt has been inundated with news media requests lately thanks to Hollywood’s renewed focus on improving black representation, sparked by the Black Lives Matter demonstrations nationwide. His hope is that the latest calls for diversity won’t be more talk with no action.

“This is an important moment in history, where people are making it known in very impassioned ways that business as usual can’t continue,” Hunt told MovieMaker. “I think that that should be a call to Hollywood that business as usual can’t continue there, either. Because a lot of the stories that they tell — the images they circulate — affect the way people see the world. It’s not just entertainment.

“If they’re telling stories and circulating images that aren’t inclusive in terms of the writers and directors and even the executives who are greenlighting projects, then they’re complicit with the structural racism that underlies all the unrest we see right now.”

Racist images in Hollywood are as old as Hollywood itself. D.W. Griffith’s Birth of A Nation, released more than a century ago, presented the Klu Klux Klan as heroes. Hattie McDaniel became the first black woman to win an Oscar for playing a slave, and no other black actor won for another 24 years. We all know the clichés through Hollywood history: black characters who always die first, “magical Negroes,” criminals.

Portrayals of black people have become more multidimensional in recent years given awareness campaigns like #OscarsSoWhite, massive hits like Black Panther and Get Out, Moonlight winning Best Picture, and more black filmmakers finally telling their stories. But those successes don’t mean representation has been achieved. Hunt sees MEANS as a way toward permanent improvements.

The first letter in MEANS stands for “modernize your world view,” Hunt says. Change towards diversity will only happen if everyone is on board, especially decision-makers.

Hunt says the lack of diversity is appalling. “I’ve visited studios, networks, and outside of the assistance, there wasn’t a single person of color on multiple floors,” said Hunt. “And yet they’re telling stories and making movies and TV shows that in some cases, have people of color as stars, and this, that, and the other. It’s almost as if there are two different worlds in terms of who’s telling the stories and making decisions and who’s on the screen. That’s just not acceptable.”

He adds that people at the top of organizations must make it clear to all employees that America is “more than 40% people of color now.”

“We’ll be a majority minority country in a few decades,” he said. “You cannot continue to do business and expect to be profitable and certainly not serve the needs of your audience if you have a workforce that looks nothing like America.”

The next letter, E, stands for “Expand the net,” which means that people at the top need to be “expanding the net of possibilities” when hiring candidates for a position.

“You have Black Panther, you have Get Out, you have all these other movies that are diverse and do extremely well both domestically and internationally. But most movies that are made today still don’t sort of align with where we’re going as a nation, and they’re still making a lot of movies that aren’t very diverse at all.”

Hunt’s research has found that diverse films make more money, though Hollywood executives are still resistant to them.

“If you have a producer, he wants to work with other producers that he — usually he — has worked with before — hire writers that they worked with before. And of course, if you’re starting from an industry that’s largely dominated by whites, you’re more often than not going to hire another white, and you kind of reproduce the same population of people who have been working in the industry before. It becomes very hard to break that vicious cycle and for people of color and women to kind of get in, in meaningful ways.”

The A in MEANS stands for “amplify women,” because his research has found that productions led by women, especially women of color, are usually more diverse.

“One easy way to quickly kind of make differences is to just really really double down on bringing in women as directors and executives and decision makers because then the whole room around them tends to look different.”

“N” stands for “normalize compensation practices.” Hunt says that companies should pay interns so that people who can not afford to work without pay can get a foot into the business.

“Hollywood kind of sees itself as this glamorous place where your privilege can work here. So therefore, you should start out in the mail room or you should intern for no pay and work your way up,” said Hunt. “Well, that works for people who come from privileged families. You know, if your parents can pay your rent and subsidize you while you’re working for free. But people of color can’t do that. They don’t tend to come from those types of families.”

He added: “Many talented people color who could have come into the industry and made huge contributions pursue other types of careers where they’re paid appropriately from the beginning. So compensation needs to be thought of as paying people their worth. And thinking about what the people are contributing as crucial to the bottom line of the industry. You know it’s in your interest to bring these people in. You’re not doing them a favor. They’re doing you a favor because they’re helping your work force align more with where your audience is.”

S stands for “Structure incentives,” which means compensating people based on “how well they’ve done in terms of diversifying the workforce.” He also said local governments should give tax incentives to productions based on how well they meet diversity standards.

The momentum of the past few weeks has inspired many people to advocate for change, and MEANS gives the concrete steps those in the film industry can take to meet what is now expected of them. As Hunt says, “This is an opportunity — a golden opportunity — for Hollywood to look at itself in the mirror and to ask, Are we are doing business the way we should be doing it? And the answer is clearly ‘no.’”