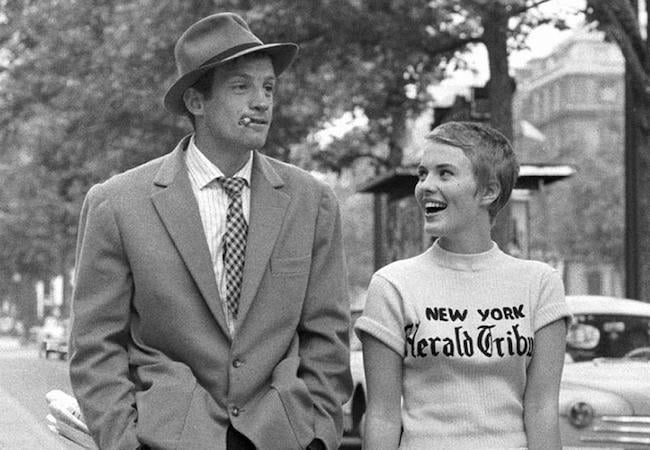 But First: A new doc says the Tupac-Biggie beef was way overblown.

Au Revoir?: Jean-Luc Godard, the 90-year-old New Wave genius behind films including Breathless, Masculin Féminin and more, says in a new interview for the International Film Festival of Kerala that he plans to retire… after two more films. His latest release, the provocative and mind-bending The Image Book, was released in 2018. The big surprise comes around the 57-minute mark of the video below, when he shows his new “script”:

Not Breathless: He also smokes a cigar through the interview.

Let Me Save You a Google: Kerala is a state on the southwestern Malabar Coast of India.

Who Do You Think Will Retire First? Godard or Quentin Tarantino (who named his production company after Godard’s Bande à part and has said his 10th film will be his last).

Speaking of 90-Year-Olds: Clint Eastwood just wrapped his latest film, Cry Macho, according to the New Mexico Film Office. He stars as an ex-rodeo star and who, in 1978, agrees to try to separate a young boy from his alcoholic mom and bring him to his father.

Pre-Taped SAG Awards: The Zoom Golden Globes seem to have taught us all a valuable lesson: Pre-tape your awards show and keep it short. The SAG Awards get it, Variety exclusively reports.

Tour Vanguard: If you haven’t seen Nomadland yet because you’re worried it will make you sad this video gives you a good sense of the film’s tone.