Biggie: I Got a Story to Tell Director Says Tupac Beef Was Overblown 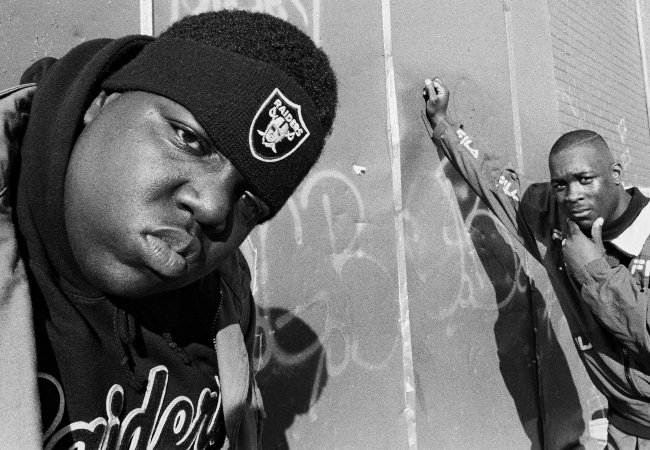 Since Christopher Wallace, a.k.a. Notorious B.I.G., died in 1997, much has been made about his dynamic with fellow rapper Tupac Shakur. Though both were gunned down in drive-by shootings within a year of each other, the makers of the new Netflix documentary about Wallace’s life, Biggie: I Got a Story to Tell, wanted fans to see the true scope of Biggie’s life and talent beyond all the Tupac comparisons.

In the doc, director Emmett Malloy allows Wallace to tell his own story through footage of him hanging out with his friends, snippets of some of his most candid interviews, and some very personal conversations with his mother Voletta Wallace and grandmother Gwendolyn Wallace.

“Every narrative on [Biggie] is kind of split with Tupac. Even his own autobiography jumps into Tupac, and it’s almost like a shared experience. …We really did focus just on him,” director Emmett Malloy told MovieMaker. “We played the Tupac narrative in where it naturally occurred in his life, but for many years, he was this beautiful friend and son and artist, and he was getting these incredible influences along the way that we were able to kind of showcase in the movie. And those are things I was glad we had the time to nuance because the other films kind of rushed through that part of his life to get to post-“Ready to Die” when he’s more formed as Notorious.” 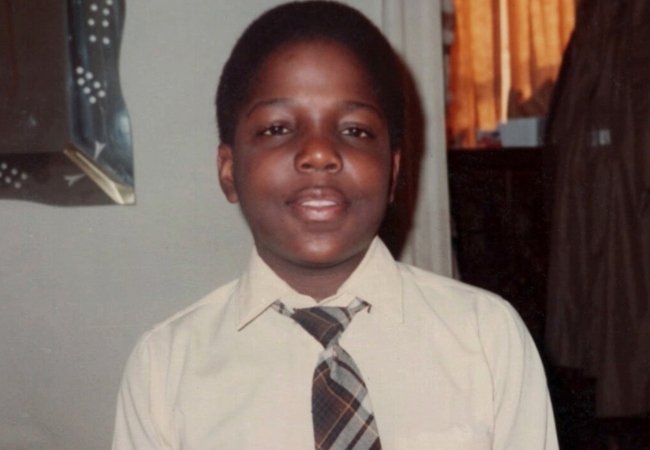 The conflict between the two rappers started in 1994 when Shakur was shot on his way into a recording studio in Manhattan, where Biggie and Sean “P. Diddy” Combs were also recording that day. Shakur was shot five times but survived the attack, as the The New York Times reported at the time.

Though there is no evidence that Wallace had anything to do with the shooting, Shakur began to believe that he and Combs had something to do with it. Tupac thought B.I.G.’s song “Who Shot Ya?” from his album Ready to Die was about him. He released “Hit ‘Em Up” as a diss track against Wallace and others in response, opening with a taunt that he had had sex his Wallace’s wife, Faith Evans — and things got more adversarial from there. (Evans denied it to Vibe, saying, “That ain’t how I do business.”) B.I.G. had no interest in making a diss track in response, according to Revolt, the cable outlet founded by Diddy, who discovered Wallace and released his music.

Wayne Barrow, Wallace’s former producer who now oversees his estate and served as a producer on Biggie: I Got a Story to Tell, doesn’t believe the beef was ever as serious as it has been portrayed.

“The media perpetuated that to be more than it was, absolutely. Big never had any beef. I don’t even believe that Tupac had any beef,” he told MovieMaker. “You know, Tupac was doing what was necessary at the time, for whatever reasons he did, to survive in the game and do what needed to be done from that standpoint. But these were two gentlemen who were friends, then that friendship was challenged by other individuals coming between the purity of that.”

Biggie himself addressed the situation after Tupac’s death in a 1997 interview with Joe Clair on the set of the music video for his song “Hypnotize” from his album “Life After Death.” You can watch the full interview here.

He also pointed out that since Tupac wasn’t around anymore, he wanted to be the one to squash the beef once and for all.

“He can’t be the one to be like, yo, I wanna squash it, because he’s gone,” B.I.G. continued. “So I gotta take the weight on both sides. That’s why I’m out here. We hitting every club, every radio station… I just tell them straight up, you know you love me… just because that man had a beef with me or I had a beef with him, that don’t mean you can’t like me. Ask me what’s going on, I’m gonna talk to you just like a regular person. So I gotta squash it.”

Wallace was shot and killed in Los Angeles weeks after the video was recorded, on March 9, 1997.

In Biggie: I Got a Story to Tell, Malloy wanted to show that Tupac was a part of Biggie’s story, but that his life and legacy are so much bigger than their complicated relationship.

“What I wanted to make clear to show is how tight they were, you know — to show you that they really had a relationship,” Malloy said of Biggie and Tupac. “As you can see, it’s clear that Big kind of was like, ‘I don’t know what’s going on, it seems like somebody did something, and they’re just trying to lean the blame on me.'”

To Barrow, it’s understandable how fans could get lost in the media frenzy comparing the two rappers, both of whom died in their mid-twenties at the height of their careers.

“Given the dynamic of the media and how influential it is on the minds of the youth at that time or the minds of the fans and the consumer overall, it’s really easy for you to fall victim to what’s being shown to you and told to you over and over and over again, like being hit in the head with a champagne bottle,” Barrow said. “At some point, you’re going to start to believe, right? But at the end of the day, there’s been hip-hop beefs throughout the years, but it’s just par for the course.”

He added: “The two individuals who are no longer with us are the only ones that truly know exactly what was in their hearts.”

Biggie: I Got a Story to Tell is now streaming on Netflix. Main Image: Christopher Wallace (Biggie) with 50 Grand. c. George DuBose, Courtesy of Netflix.

The World to Come Producer-Star Casey Affleck: ‘If You Write More Drafts, the Writing Gets Better’
Unsolved Mysteries Co-Creator Terry Meurer on the Key to Solving the ‘Salsa Queen’ Murder