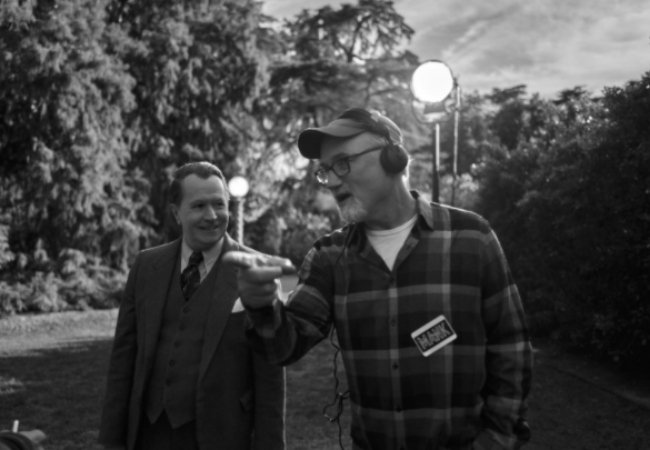 Mank isn’t just the story of the writer behind Citizen Kane. It’s also the story of an alcoholic. Gary Oldman says that when he took on the role of Herman J. Mankiewicz, his own past may have helped him notice things that other people wouldn’t.

Oldman, who has been sober for nearly 24 years, answered a question on the MovieMaker podcast about whether he had any discomfort playing someone suffering through the disease of alcoholism.

“It didn’t worry me in that respect. I just felt that it gave me a deeper understanding of the role,” he said. “It was just something that — oh, I happen to have that thing that I could use to put into the pie.”

You can listen to our full Gary Oldman interview on Google or Spotify or above.

Mank, directed by David Fincher from a script by his father, Jack Fincher, is unflinching in its depiction of Mank’s drinking and the ugly episodes it incited.

Also Read: Gary Oldman Doesn’t Think Citizen Kane Is the Best Movie Ever — Or Even the Best Orson Welles Movie

“The writing was superb, and Jack Fincher’s, I believe, father was an alcoholic. So, like, there’s this thing about the alcoholic in Mank that… a non-alcoholic would not catch.”

“He’s awfully cruel to Shelly when he watches the material, and for me, that’s a very alcoholic thing. Someone who’s not experienced it may overlook that,” Oldman said. “I kind of felt that it was an advantage, having [been a] recovering alcoholic.”

There was also a nuance to Mank’s specific brand of drunkenness that Oldman had to capture.

“The drunk scene when Mank comes into San Simeon — you’ve got to be — you’re drunk, but you’re drunk in 1940 in a movie. There’s a style to it, you know what I mean? It’s not the drunk of My Name Is Joe. It’s not that kind of drunk. So there’s that fine balance,” Oldman says. “There are a few scenes, not just that scene but many scenes, where he’s either drunk or hungover or he’s had a couple, and occasionally David would shout from the monitor, ‘Less drunk!'”

Tragically, the real Mankiewicz died in 1953, more than a decade after the events of Mank, of uremic poisoning from kidney damage caused by alcoholism.

Did Federal Agent Jimmy Fletcher Really Fall in Love With Billie Holiday?
Who Was Harry Anslinger, the Government Official Who Targeted Billie Holiday?