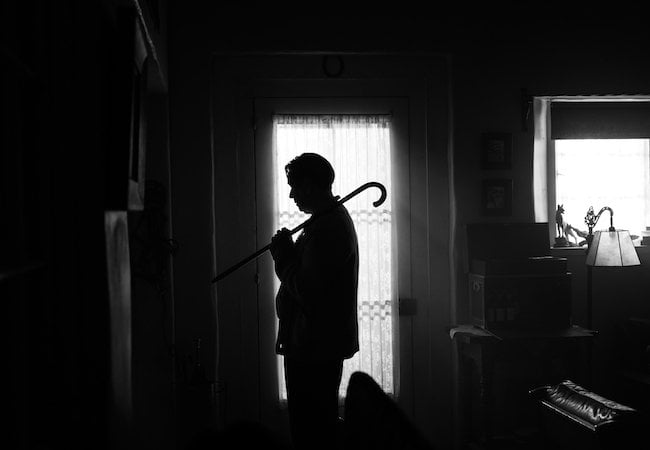 “I’ve seen Citizen Kane in my life three times,” Oldman says in the latest MovieMaker podcast, which you can check out on Google or Spotify or above. “And I watched it a fourth time, when when this came along. I can admire the [film]. If you put it in the context of when it was made, it is a remarkable piece of cinema.”

But he added: “I found it, this last time watching it, a little hokey. I think it’s aged a little, for me. But I can still see that cinematically, in terms of just the writing and the whole thing, what a remarkable achievement he is.

“And I am a fan of Welles… One of my favorites is Chimes at Midnight. And I love Touch of Evil,” he added. “If that was one, two, three, it would probably be three in my top three of Welles, but it’s a great movie. It’s a great movie.”

Oldman also talks on the podcast about why he eschewed prosthetics for Mank, after using extensive prosthetics for roles like Dracula in Bram Stoker’s Dracula and Mason Verger in Hannibal. And he talks about what it was like to play Mank, who died of alcoholism, after being sober himself for nearly 25 years.

Oldman, who won a long overdue Oscar for playing Winston Churchill in 2017’s The Darkest Hour, also talks about how he chooses roles — from the flamboyant, racially confused pimp Drexl Spivey in True Romance to Herman J. Mankiewicz in Mank.

And he talks about the fundamental challenge of playing Mank — a man who could be incredibly good company, but also thoughtlessly, wincingly cruel.

Mank, directed by David Fincher and starring Gary Oldman in the title role, is now streaming on Netflix.