Gaining Festival Momentum: How to Find Success Without Sundance, by Kyle Patrick Alvarez 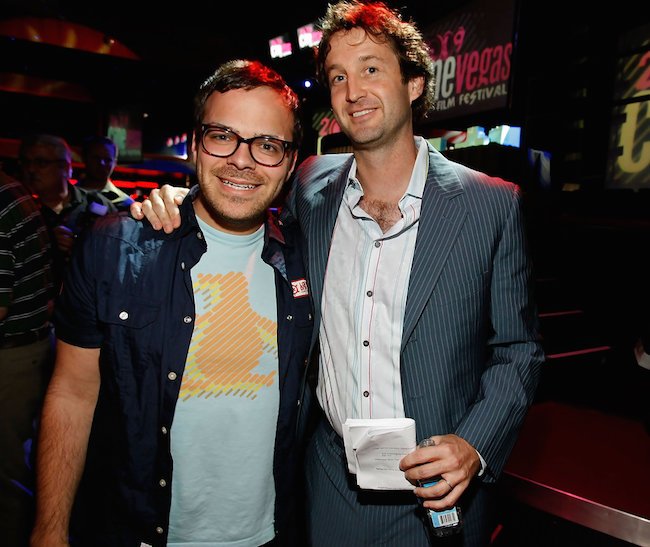 If you don’t premiere at Sundance, can you still mount a successful festival run? Director Kyle Patrick Alvarez thinks so.

If you’re an American independent moviemaker, getting your feature film into Sundance might be the best thing that can happen to you. However, I’m here to tell you that if your movie doesn’t premiere in Park City, it isn’t the worst fate. In fact, it could be beneficial. At the top-tier festivals, you’re trying to stand out from a lot of other great films. But if you premiere somewhere a little lower on the totem pole, you might be able to build festival momentum over the course of the year borne on the good will of your audiences—and the connections you make with fellow filmmakers.

My first feature film, called Easier with Practice, didn’t get into Sundance. I was pretty broken up about it. I certainly didn’t have the ego to think I deserved to be there, but the enthusiasm that had fueled me for the three years it took to get the film made was rooted in the desire to win that dream festival acceptance. Not getting in felt like I’d failed the film and our supporters.

Next we didn’t get into Slamdance, then Berlin, then Rotterdam, then SXSW, then Tribeca, then Venice, and then the LA Film Festival. The rejections piled up fast. I had almost no connections within the industry, and I truly felt the film would disappear into the submission slush piles that grow into mountains then decompose beside programmers’ desks. But I was wrong.

Seemingly out of the blue, two programmers from Sundance—Trevor Groth and Mike Plante—reached out to me. They had liked Easier with Practice a lot, and wanted to put it in competition in another festival they ran called CineVegas—a great festival that has recently been on hiatus.

Not only did Easier with Practice premiere at CineVegas, it won the Grand Jury Prize. From there it went on to play at Edinburgh, where it won another award. Those two wins propelled the film into a great, long festival run around the world that culminated in modest, but strong, international and domestic distribution and, ultimately, two Independent Spirit Award nominations—and one win!

The second film I made, C.O.G., was accepted into Sundance and played there in competition earlier this year. Right before its first screening, John Cooper was gracious enough to tell the audience that not programming Easier with Practice still “haunted” him. It would’ve been nice to get to Park City on my first go-round, but the lessons I learned after being rejected have been invaluable. Here are five:

1. Making a good film is the most important thing to do, but that won’t guarantee you a spot in any festival. Remember, programmers at many of the great major and local film festivals are good people. They want to discover your film. People talk about conspiracies all the time (“No one gets into Sundance without friends on the inside”), but the vast majority of programmers will watch your movie. In fact, every programmer I’ve met pops in a DVD from an anonymous submitter hoping to find the next great American independent film.

The programming community is also pretty small, and there is a lot of intercommunication amongst the members. They will suggest films to one another—even if they themselves aren’t ultimately able to choose a given movie. So, don’t lose hope. Easier with Practice, rejected by a heap of top-tier festivals, ended up at CineVegas entirely because Sundance passed on it. And although Easier with Practice didn’t premiere at the Eccles Theater in January, it still ended up part of the Young Americans slate at AFI Fest.

2. Do your research. I remember when applying for colleges I was so worried that I wouldn’t get in anywhere that I pretty much applied everywhere. It was a process that took a lot of time and a lot of money and was fueled, ultimately, more by paranoia than reality. Don’t fall into the same trap applying to festivals. There are a ton of books and resources to help you discover where to submit, but I find the best strategy is to look at recent films you think are comparable to yours and see where they played. Reach out to those filmmakers and ask them what their experiences were like at these festivals, and do your planning based on their feedback.

Just like with colleges, applying to festivals is an expensive proposition, so don’t just submit to everything willy-nilly. For one thing, it might bankrupt you. Make a list and sort out where you think your film realistically fits. The Palm Springs International Film Festival is going to program more LGBT films than extreme sports docs, so don’t build the distribution dreams for your snowboarding film around a January premiere at PSIFF. Choose wisely before you shell out that entry fee.

Festivals have their own agendas, and rightfully so. They aren’t charities; they’re businesses. They have to create a program that meets certain themes and criteria. They need to bring in audiences, and in order to do so they need to program, alongside “discoveries,” films that will be familiar to their specific audiences. And before you submit to a festival, remind yourself that they don’t owe you anything short of watching and considering your film.

3. Have patience. Premiere status, for better or worse, is still a very important thing to festivals. If you premiere your film at a smaller venue before you’ve heard from the bigger guys, it’s very likely the top-tier fests won’t be able to program your movie. So be aware of the circuit schedule and make a plan (A quick reminder: The calendar begins with Sundance in January, moves through Rotterdam, Berlin, SXSW, SFIFF, Tribeca, Cannes, LAFF, Telluride, Toronto, and Venice—with about 5,500 other festivals sprinkled in between—and ends with the AFI round-up in November).

It might feel like you’re wasting a lot of time having to wait for your first-choice festivals to loop back around for their next programming cycle, but being patient could (emphasis on could) be the right approach for securing the best first screening for your movie. Holding back your film for a year may seem like a prison sentence, but don’t jump the gun just because you’re itching to see your actors on the big screen. That said, as I can tell you from personal experience, premiering at Sundance isn’t the only way to launch a successful film.