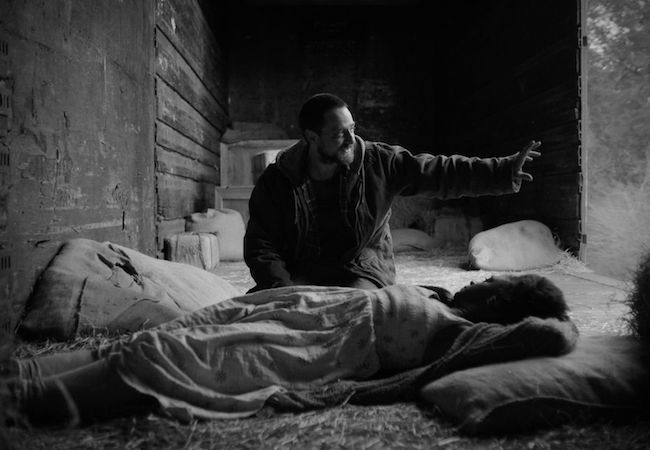 Fugitive Dreams, the debut film from Jason Neulander, asks big questions about life, love and justice. It follows two wanderers across a dreamy America, looking for change and finding each other.

The film premiered online at Fantasia Fest on Monday and arrives in the United States Oct. 28, when it makes its U.S. premiere at Neulander’s local Austin Film Festival. Neulander, who became a director at age 50 after years of working in theater, talks to us in the latest MovieMaker Interviews podcast about every stage of making the film, and you can listen to on Apple or Spotify or right here:

“At its core I think it is about our capacity as humans to find grace, compassion, forgiveness and love,” Neulander said. “I started with those themes because I was looking to make a movie dealing with those themes because of all the vitriol online. It felt like there was this tsunami starting in 2016 that continues. I just was like, man, we need more love in the world. I wanted to make a movie about love.”

Fugitive Dreams starts with a homeless woman attempting suicide in a public restroom, and a homeless man inadvertently stopping her. They soon become near-strangers on a train. The film explores addiction and mental illness along the way.

Neulander says he was inspired in part by his wife’s work helping people find housing. She often notes, he said, that one thing homeless people want most is to be seen and acknowledged.

“In adapting it for film I thought a lot about the sort of mise en scene and how we would find a way to create that kind of timelessness and that sense of isolation that homeless people feel,” he said.

He also talks about the process of finding the train that plays a prominent role in the film — and how Austin-area filmmakers, especially, can learn from Fugitive Dreams‘ production to access their own locomotive.